You don’t have to be an existing Star Wars fan to appreciate The Mandalorian on Disney+. Just take a look at these kick-butt Mandalorian quotes! Plus, have you seen Baby Yoda yet? Here are some of the best quotes from The Mandalorian and quotes about Baby Yoda, the child. I must have dropped “I have spoken” at least 100 times on my kids already. 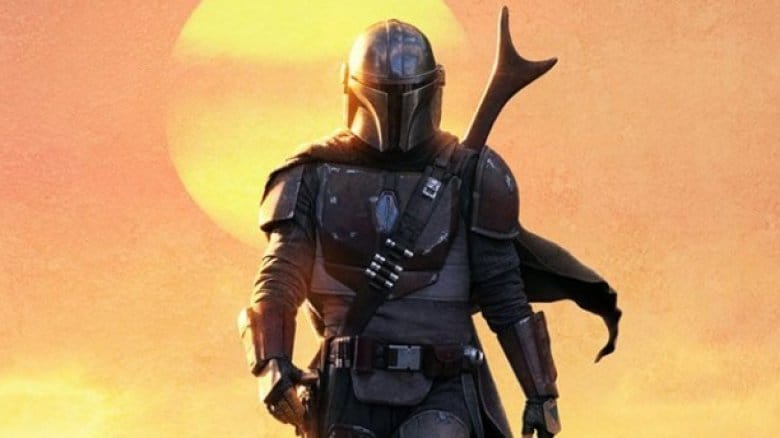 What is The Mandalorian About?

After the stories of Jango and Boba Fett, another warrior emerges in the Star Wars universe. The Mandalorian is set after the fall of the Empire and before the emergence of the First Order (after Return of the Jedi and before The Force Awakens).  Follow the adventures of a lone gunfighter in the outer reaches of the galaxy far from the authority of the New Republic.

If you still don’t understand what that lingo means, no problem. Like a good western? This is the Star Wars version. And if you still have questions, check out the answers to your most frequently asked questions about The Mandalorian, including is The Mandalorian kid friendly?

The Most Awesome Quotes from The Mandalorian

The First Season of The Mandalorian  is now complete! Each episode we learn a little more about this mysterious dude, but I think we can all agree he’s tough, and he has some feelings stored up inside. Plus Baby Yoda aka The Child is the cutest thing you’ll ever see.

Season 2 of The Mandalorian was released in October 2020. It has also been confirmed that pre-production has started on Season 3 of The Mandalorian. Here are just a few of my favorite and surprising Mandalorian quotes so far including quotes about Baby Yoda, Cara Dune, Mando, The Client, Kuiil, and more.

Quotes On Being a Mandalorian

The Mandalorian: I was once a Foundling.

The Armorer: When one chooses to walk the way of the Mandalore, you are both hunter and prey.

The Client: He said you were the best in the parsec.

All Mandalorians: This is the way.

The Armorer: Our secrecy is our survivial. Our survival is our strength.

The Client: Bounty Hunting is a complicated profession.

The Mandalorian: I’ve run into some problems.

Kuiil: They really don’t like you for some reason.
Mandalorian: Well, I did disintegrate a few of them.

Cara: I won’t leave you.
The Mandalorian: This is the way.

Fennec Shand: You want to be a bounty hunter? Make the best deal for yourself and survive!

Is it Baby Yoda? Is it a species of Yoda? Does it matter? The bottom line, he’s adorable. Here are some of the best quotes from The Mandalorian during the rescue mission/bounty hunt for The Child that’s taking the internet by storm.

I’ve also added more quotes about The Child from Season 2 below.

Here are more quotes about Baby Yoda in the Season 2 Mandalorian Quotes. 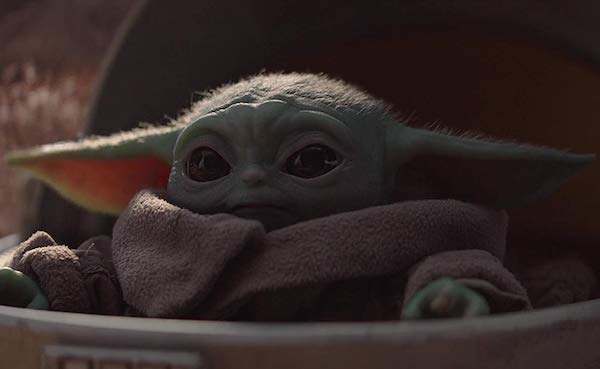 The Mandalorian: Do not self destruct. We’re shooting our way out.

Kuiil: I have spoken.

The Mandalorian: The kid’s coming with me.

The Client: Such a large bounty for such a small package.

The Mandalorian: Here’s what I’m gonna do. I’m gonna walk to my ship, with the kid. And you’re gonna let it happen.

Greef Carga: You put the bounty down and perhaps I’ll let you pass.

The Mandalorian: What is it?
Kuiil: What it is, I don’t know. But what it does, this I’ve heard rumors of.

Kuiil: Do not cast doubt upon that of what I am nor whom I shall serve.

Kuiil: None will be free until the old ways are gone forever.

Moff Gideon: Your storied lives will come to an unceremonious end.

Greef Karga: Come on, Baby. Do the magic hand thing.

Cara: Take care of this little one.
Greef Karga: Or maybe it will take care of you.

SEASON 2 Quotes About The Child

Wherever I go, he goes. -The Mandalorian
So I’ve heard. -Gor Koresh.

I’ve been quested to bring him to his kind. If I can locate other Mandalorians, they can help guide me. -The Mandalorian

We gonna do this in front of the kid? -Cobb Vanth
He’s seen worse. -The Mandalorian

And you come here, little one. Have you been taking good care of him? -Greef Karga

Grogu and I can feel each other’s thoughts. -Ahsoka
Grogu? -Mandalorian
Yes, that’s his name. -Ahsoka

The Force is what gives him his powers. -Ahsoka

He’s hidden his abilities over the years to survive. -Ahsoka

I want to see if he’ll listen to you. -Ahsoka
That’d be a first. -Mando

I’ve already got what I want from him. His blood. All I wanted was to study his blood. -Moff Gideon

This child is extremely gifted and has been blessed with rare properties that have the potential to bring order back to the galaxy. -Moff Gideon

He doesn’t want to go with you. -The Mandalorian
He wants your permission. -Luke

That’s who you belong with. He’s one of your kind. -The Mandalorian

I’ve been waiting for Gina Carano to appear in The Mandalorian since I found out she would be a part of the show. And she finally showed up in Episode 4 as ex-shock trooper for the Alliance, Cara Dune. She didn’t disappoint either. I like her and Mando as a team.

Cara Dune also reappears in Chapter 7, which is my favorite episode of The Mandalorian so far, but then it gets even better in the last episode of the season!

Cara Dune: Unless you want to go another round, one of us is going to have to leave, and I was here first.

The Mandalorian: Take the bait, you hunk of junk.

Cara: It’s gonna break his little heart.
The Mandalorian: He’ll get over it. We all do.

Cara: Until our paths cross.

Cara:You got a real thing for Droids.
Mando: I’ve got a thing for that Droid.

The last episode of The Mandalorian Season 1 aired on December 27th. Season 2 is now streaming on Disney Plus!

What favorite The Mandalorian quotes did I miss? Plus check out this post for 100 Star Wars: The Rise of Skywalker quotes!

Next →
Tiger King Memes to Make You Laugh
Click here to cancel reply.

[…] journey will continue in “The Book of Boba Fett,” which will be set within the timeline of “The Mandalorian” and star Temuera Morrison as the titular bounty hunter, along with Ming-Na Wen as Fennec Shand. […]

The Most Emotional Quotes from Pixar Soul - Lola Lambchops

[…] Mandalorian Quotes About The Child […]

The Best Mandalorian Quotes from Season 2 on Disney Plus

[…] some good quotes from The Mandalorian Season 2. And if you’re looking for Season 1 Quotes and quotes about Baby Yoda, check […]

[…] New Year! 2019 was exciting with the launch of Disney+ and included hit shows like The Mandalorian and High School Musical: The Musical: The Series. Waiting for that new 2020 Disney+ content? Well […]

Frequently Asked Questions About The Mandalorian on Disney+ - Lola Lambchops

[…] Mandalorian is now streaming on Disney+. Check out some of the best Mandalorian quotes from the […]