Home » Entertainment » Frequently Asked Questions About The Mandalorian on Disney+ 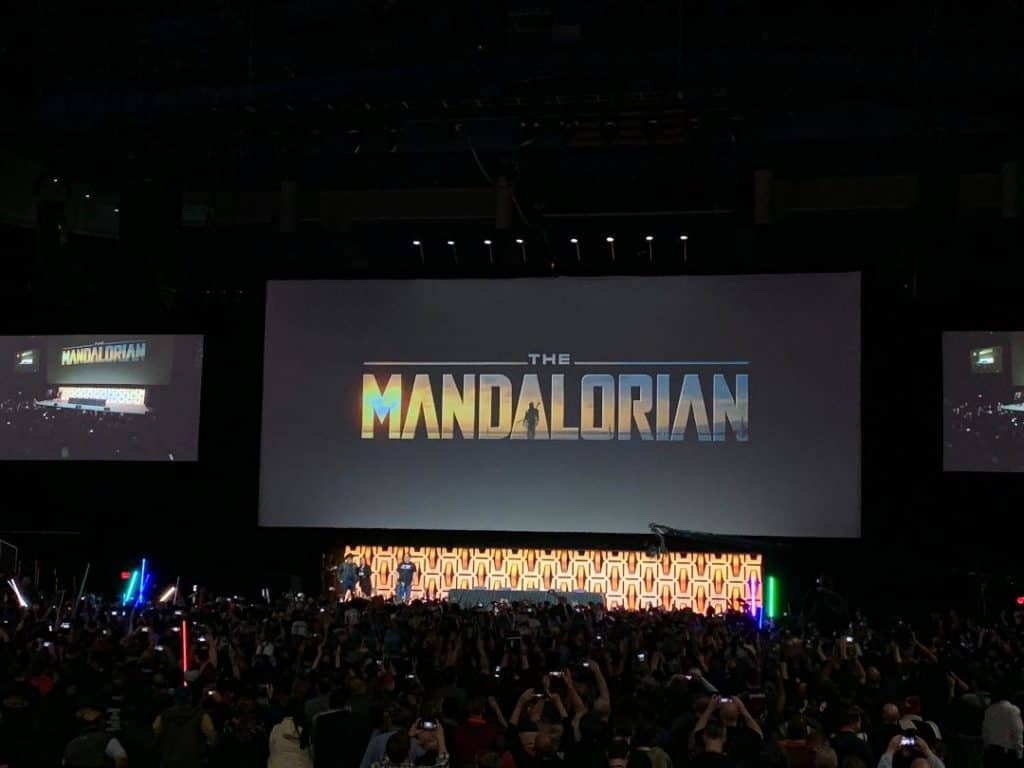 The Mandalorian on Disney+

My favorite Mandalorian is Boba Fett, so I was intrigued to see what they were going to do with this show. We found out who is The Mandalorian, other actors in the show and their characters, and when The Mandalorian takes place. We also got to see secret footage of The Mandalorian not yet released! They even cut the live-stream for this action.

Who is The Mandalorian?

First on stage was Kathleen Kennedy, Jon Favreau, and Dave Filoni. Kathy starts out with, “What could be better than Dave Filoni directing a live-action show?” And the crowd went wild!

They introduced Pedro Pascal (Game of Thrones) as The Mandalorian. When talking about coming into see what part he would play, Pedro thought he would play a bug or something. When they told him that he was The Mandalorian, he couldn’t believe it, and he basically just collapsed on the table on stage telling the story. I just adore him!

When asked about who Pedro drew inspiration from for his character, he replied, “He’s got a lot of Clint Eastwood in him.” 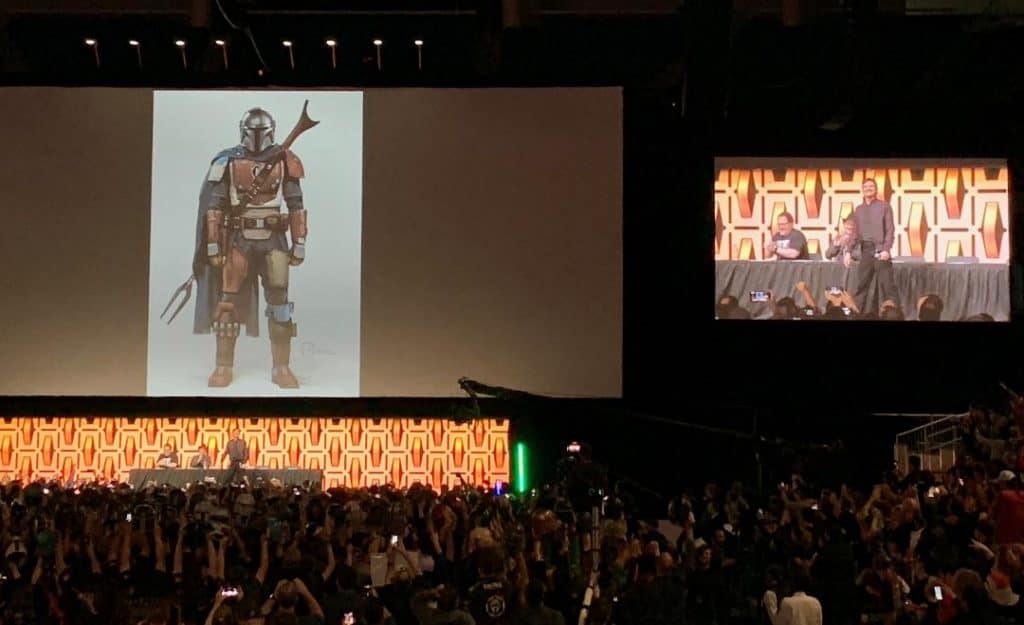 What is The Mandalorian About?

Jon Favreau wanted to get back to the roots of what inspired George Lucas, that being Samurai films, Old Westerns, Post Civil War in the old West.

The Mando, as some call him, is mysterious, a lone gun fighter in the outer regions of the galaxy. Some may say he has questionable moral character.

When does The Mandalorian take place?

The Mandalorian takes place 5 years after The Return of the Jedi. In the footage we saw, we see Greef Targa looking for someone to get something for a new client. It’s not a traditional bounty; there’s no puck. The stakes are higher and the mission is more dangerous. After watching the first 2 episodes, we now know who the bounty was for, and it’s worth the wait!

Here’s the official Star Wars Timeline including The Mandalorian.

New Characters In The Mandalorian

Greef Targa, played by Carl Weathers, has a guild of Bounty Hunters. He’s looking for the right one for a particular job, and he knows The Mando’s fingers can get the job done. “And the Mando does what needs to be done.”

We’re also introduced to Cara Dune, played by Gina Carano. Cara is an ex-rebel shock trooper, a little bit of a loner, and has trouble reintegrating into society. From the footage we saw, she is bad-A in real life and on screen. Gina did most of her stunts and is so happy to be part of the Star Wars family! 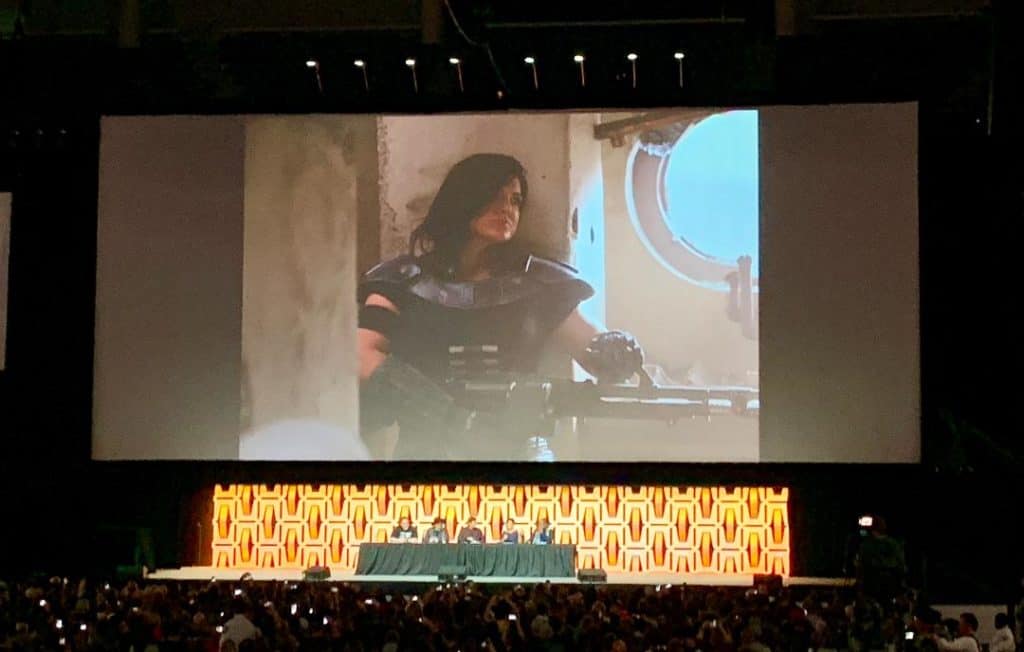 During some of the trailer/sneak peek, we saw Taika Waititi and Bryce Dallas Howard. Taika plays IG-11, a sharp-shooting droid. He’s likened to The Terminator.

The Mandalorian is all new characters and stories, so if you’re not a Star Wars fan, now’s the time to start watching. And if you’ve been a fan for 40 years, this is for you, too. They took such great care in making this series and were looking for people to be in it that were already Star Wars fans.

How is The Mandalorian Different From Anything We’ve Seen in Star Wars?

Well, this is a question the panel was hesitant to answer, because they didn’t want to give anything away. You know LucasFilm and their secrets. When the video clips were played, they came around and told us to put away phones completely.

The PR answer was The Mandalorian is a Disney+ original and is the very first live-action television series. However, there are some amazing new things!

They did need extra Stormtroopers, so the 501st Legion are in the show! Everyone on the panel gushed about their costumes and work ethic. Jon said this is the first time he thinks they’ve been in a LucasFilm show or movie.

Since some parts were filmed in L.A., they were able to use new cutting edge technology like video walls and VR. However, Star Wars must also feel hand made, so they used animatronics and puppetry like the first films.

Razor Crest is the ship that The Mandalorian flies, and they built a model of it to help with filming. 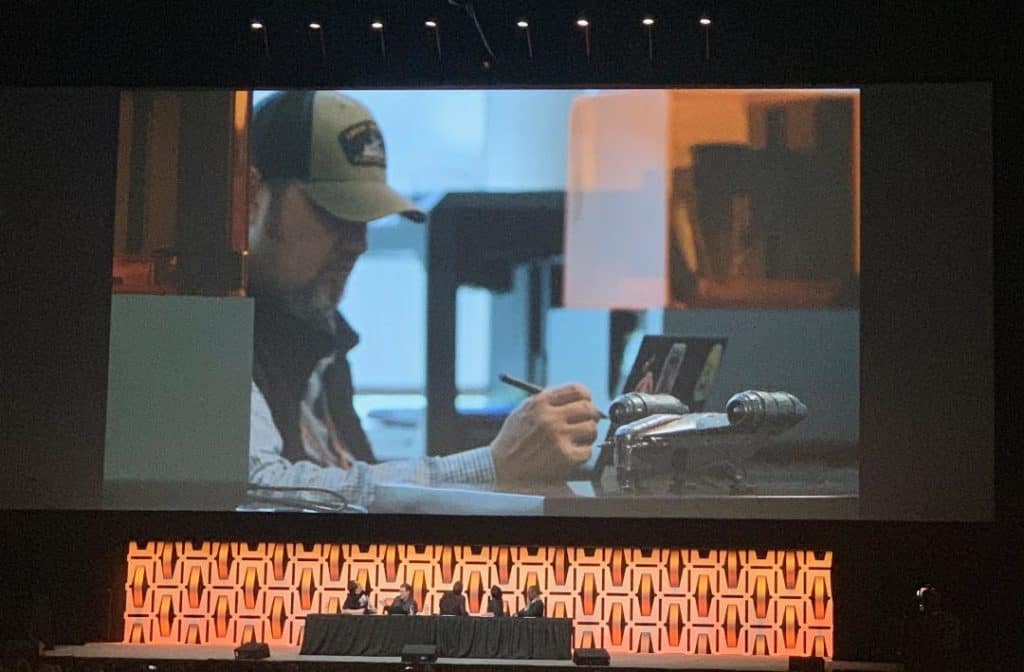 We also saw a Kowakian monkey-lizard, like Salacious Crumb from Jabba the Hut’s shoulder, getting cooked like a rotisserie chicken. The whole audience started laughing!

Is The Mandalorian Kid Friendly?

From the scenes we saw, The Mandalorian does have a Rogue One type feel to it. It’s darker than some of the Star Wars films. Since we’ve established that The Mando does have questionable morals, this one may not be for the little ones. And when a droid is likened to The Terminator, then it also makes me wonder about what’s to come.

After watching the first episode of The Mandalorian, there wasn’t any language, but there was a lot of violence. There were fighting scenes, a flametrooper lighting things on fire, another getting his head chopped off, weapons, tons of bodies, and scary creatures, etc. From the first few minutes of the show, the violence begins.

If it were a movie, it would definitely be rated at least PG-13. I would recommend The Mandalorian for ages 12 and up. You could go younger if your children are big Star Wars fans and are ok with that kind of violence.  I suggest watching an episode or two first, though it may be hard, because I’m sure Star Wars kid fans will be dying to see The Mandalorian! But the great news is, this will be easier to screen in the comfort of your own home.

Even after watching the second episode, it starts again with a lot of fighting and violence. I don’t agree with the PG-rating that Disney Plus gave The Mandalorian. 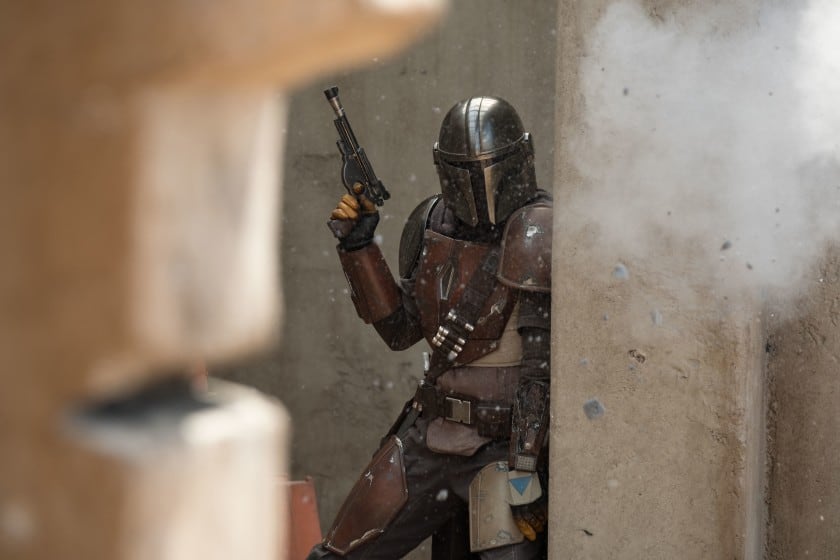 Reaction to The Mandalorian at Star Wars Celebration

You guys. The crowd ERUPTED in cheers when the video footage was over. Then we got to see some of it again. People held up their Mandalorian helmets, people were yelling that this was just like a movie. The quality is undeniable. When you get a stamp of approval from the fans, you know it’s going to be good.

The Mandalorian really is a labor of love and Gina talked about how Jon Favreau would well up in tears and get emotional when explaining the importance of this show. That’s all she wants to work with going forward with other projects – work with people as passionate about a project as this team.

The Mandalorian is now streaming on Disney+. Check out some of the best Mandalorian quotes from the show! 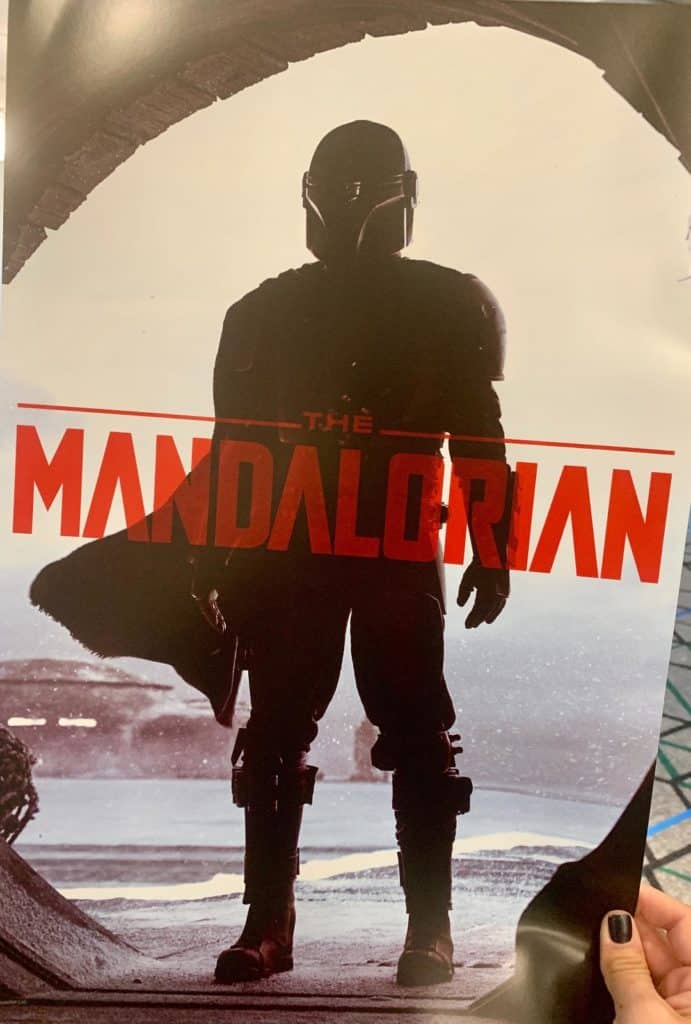 Also check out what Marvel movies you can watch at launch on Disney+! 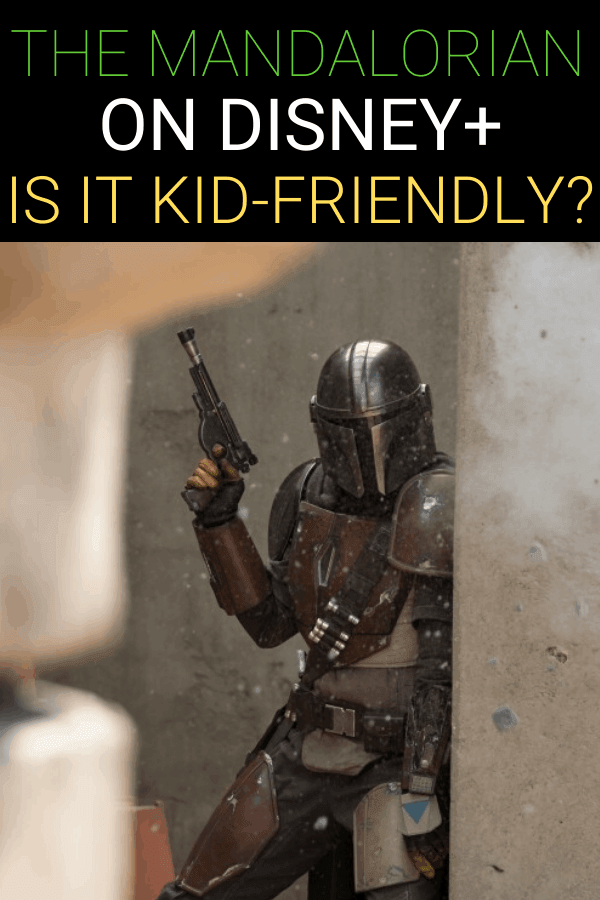 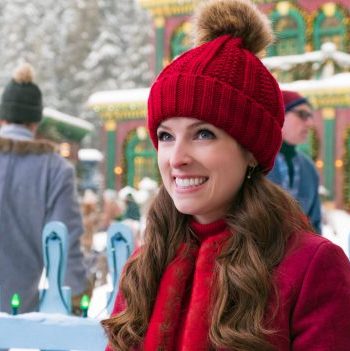 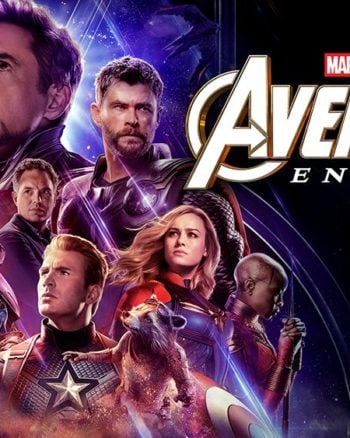 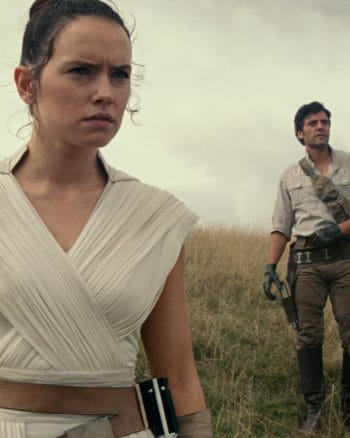