Is The Lion King Kid Friendly? Not for Sensitive Children

Is Disney’s “live-action” remake of The Lion King kid friendly? Perhaps not for sensitive or young children. If you know the story of the original The Lion King, then you know which scenes may be problematic. Imagine those scenes in full glorious effects on an IMAX screen. Cool for adults, scary for little children. The Lion King is visually stunning, but is The Lion King ok for kids under 8? Let’s discuss.

Is The Lion King Kid Friendly?

When the music starts in The Lion King, a sense of nostalgia immediately hits. There’s that song we love, and it feels the same, yet different. What is it? Oh yeah, the characters look like real animals, and they talk. Here’s the dilemma. For little kids, is this an amazing opportunity to be part of the action and experience Pride Rock or is it too real?

Language in The Lion King

Thankfully there’s no profanity in The Lion King, however there are words like stupid and “kill him.” I also heard a “my g-d.” Pumbaa and Timon bring a childlike quality and vernacular and talk about farting and fart bubbles. 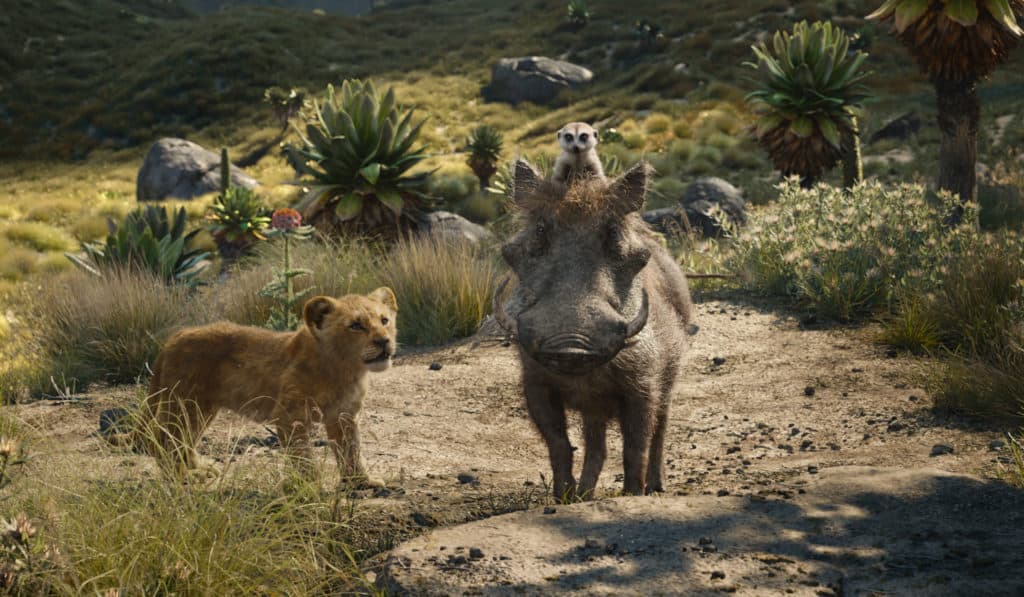 Is the Violence in The Lion King Too Scary For Kids?

So here’s where we talk about the violence and mature content in The Lion King. Bottom line, there are scary parts for children. Each child handles scary differently. You can certainly cover their eyes and ears, other small children won’t even know what’s going on and think, ‘oh lions fighting.’ No big deal. Then there are other older children who are sensitive and empathetic and will feel every last feeling when certain scenes happen.

These are the scenes I would watch for – Mufasa’s death – you knew it was coming, and it’s long and drawn out. Scar strikes him, he falls backwards, and it’s pretty graphic. Other scary scenes include hyenas chasing Simba, hyenas attacking and fighting with other characters, characters fighting each other, and the Pride Lands on fire.

With the special effects being so good, the close up sharp teeth, growling, and blood on mouths of animals make it feel more real. However, you know your child. You’ll be able to predict when these scenes are coming so if you need to step out for a minute, then do it. Take a look at the pictures with your child, and that will also be a good indicator about how they’re feeling about the animals and if The Lion King is too scary for children.

Is The Lion King Appropriate for Kids Under 8?

The Lion King is rated PG for sequences of violence and peril and some thematic elements, discussed above. The running time is about 1 hour and 50 minutes (not including previews) so it’s a tad long for small children. And because I already knew the storyline, I found myself a bit bored, looking at my watch.

I recommend The Lion King for kids ages 8 and up. I wouldn’t bring younger kids to the theater unless they’ve seen the trailers and are so excited to watch it. Some kids adore National Geographic and Animal Kingdom Theme Park. This movie is for them. I’m a Magic Kingdom Park girl. So maybe that’s why I prefer the animated version, because I want to be a little kid in my pajamas, watching cartoons while eating my sugary cereals.

So is The Lion King kid friendly? Undoubtedly, Baby Simba is adorable, many of the animals are incredible cute, and the special effects are unreal. Pumbaa and Timon are hilarious and many children in the theater were laughing at their antics and wise-cracking jokes, myself included. What could be better than an animated meerkat? A real meerkat that sings.

Be cautious of some things or screen the movie ahead of time so you know whether The Lion King is ok for your kids.

Is The Lion King worth your money? I can 100% see how audiences will love it. I was in awe of how authentic everything felt. IMDb did a side-by-side comparison of some of the scenes with the trailer, and it’s incredible how accurate Jon Favreau and team got it. The movie is absolutely beautiful.

However, it wasn’t for me. I couldn’t get past the lack of emotion in some of the animals, especially in the most dramatic scenes. It felt like they had too much Botox. As good as your CGI can be, you can’t quite get a raised eyebrow, a scowl, or devastated droopy eyes on a non-animated animal.

Some of the scenes tried to be too artistic, and I found myself wanting more simplicity. And frankly a movie about Timon and Pumbaa.

Other stand-out voice talent included Chiwetel Ejiofor as Scar, Florence Kasumba as Shenzi, and John Oliver as Zazu. James Earl Jones felt familiar and like home. I was a bit disappointed in Donald Glover, as I felt no connection to him as Simba. By the end, I wanted something, anything. Turn him into Lando Simba, but make me feel something.

While The Lion King may not be kid friendly or a movie for the entire family, it’s one for most of the family. And yes, you’ll still be singing Hakuna Matata or The Circle of Life on your way out. Some things never change. 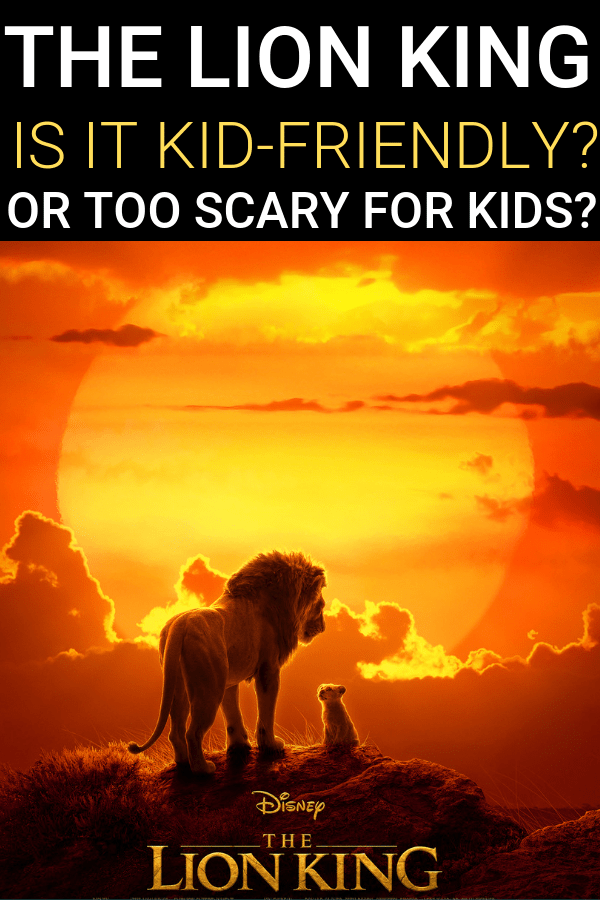 ← Previous
Why We Chose Invisalign Treatment for Our Tween

The One and Only Ivan Review | Is it Ok for Kids? - Lola Lambchops

Is The Call of The Wild Movie Kid Friendly? | What Parents Should Know

[…] was really worried about the CGI animals, because that’s one reason I didn’t like the The Lion King live-action movie. And it wasn’t as bad as I was expecting, but after watching Togo on Disney+ (which is […]

Is Dora and the Lost City of Gold Kid Friendly? - Lola Lambchops

Is The Farewell Kid Friendly? Not For Kids, but Definitely For Families - Lola Lambchops