Tom Holland is just the best Spider-Man. For me, Spider-Man was always meant to be a nerdy teenager, which makes him relatable to the teen and tween crowd. It’s easy to imagine him as a friend, so this is one that kids and teens will want to see.

Thankfully, there wasn’t nearly as much language in Spider-Man: Far From Home as there was in Avengers: Endgame. The violence was pretty on par with other Marvel movies, but there was some mature content with a few crass jokes. As far as sexual content, we did get some romantic storylines and a shirtless Peter Parker.

Language in Spider-Man: Far From Home

Overall, for a Marvel movie, the language was minimal, but still present. I counted at least 3 uses of the word a–, 1 b-tch, 1 sh–, 1 bullsh–, and 1 dammit. There were 4 uses of the word hell, plus at least 6 OMGs, and one g-d. For little ones, there was also uses of jerk and idiot, and sometimes they are more likely to repeat those than other 4-letter words. Also one character gives another character the middle finger.

The one word that really bothered me was dickwad. It was said for shock value and to get a laugh, but it was completely unnecessary. For what it’s worth, in my theater the tactic worked.

Violence in Spider-Man: Far From Home

During the movie, I kept thinking, the violence isn’t that bad, and then the ending came. There are giant monsters, destruction, fighting, weapons, you know the typical Marvel fare. There is one particularly disturbing scene where I had to turn my face.

If your kids are Tony Stark fans and still haven’t gotten over the ending in Avengers: Endgame, this film may trigger some feelings. There are tributes throughout the movie, one filled with humor, but also one jacked up Tony scene. I can’t go into detail, because of spoilers, but his memory was used to get inside Spider-Man’s head.

The violence is definitely not Black Panther or Avengers: Infinity War level, but I would be careful with young kids. It’s heavy in some areas, so if you have children sensitive to destruction, then I recommend previewing Spider-Man: Far From Home first.

Mature and Sexual Content in Spider-Man: Far From Home

There are some romantic storylines amongst many characters. There are several kisses, none overly graphic, and there’s a scene where you see Peter Parker shirtless while changing into a suit. Then you see another character try to glance at him while changing.

One character demands Peter take off his clothes, and you see him with his pants around his ankles while wearing boxer shorts. Another character takes a photo of the events. There is also a reference to a character watching an adult film, and other characters drink alcohol.

Is Spider-Man: Far From Home Appropriate for Kids Under 10?

Spider-Man: Far From Home is rated PG-13, mostly due to violence and some language. I would recommend it for ages 12 and up. Could kids under 10 watch it and be fine? Sure.

My main concern is the violence and heavy weapon use, but overall, you’re not going to find things that are too different from other Marvel movies. The chemistry between the high school characters and friends is great, and there are plenty of topics that parents can talk about with their children like loss, friendship, trust, and believing in yourself.

There’s a lot of high school humor that works, but it’s not too raunchy, which I appreciated. At just over 2 hours, it’s not too long for tweens, but I would caution against it being able to hold younger kids’ attention. Spider-Man: Far From Home is kid friendly, generally speaking, but for ages 10 and up!

What Marvel Movies Should You Watch Before Spider-Man: Far From Home?

Spider-Man: Far From Home does a great job addressing what happens in Avengers: Endgame while setting up the future of the Marvel Cinematic Universe. Check out this Marvel Movies list in order if you want to catch up on all the Marvel films before watching Spider-Man Far From Home.

If you don’t have time and just want to watch a few, then I say you should definitely watch Captain America: Civil War, Spider-Man: Homecoming, Avengers: Infinity War, and Avengers: Endgame. With those 4, you should get the main gist of what’s going on.

Nick Fury is amazing and a bright light in this film, Happy is a welcome sight, and the tributes to Tony Stark are emotional. Peter Parker makes mistakes, but as a teenager, we can easily forgive him. Can he lead the Young Avengers? This film is a good test.

Spider-Man: Far From Home isn’t perfect, and you could find things to nitpick. Mysterio is the weak spot for me. It’s not Jake Gyllenhaal’s fault, and he does well with what he’s given. The back story for Mysterio just fell a little flat and didn’t make much sense.

However, this is a great summer movie and a wonderful addition to the MCU. Some may say the CGI isn’t what they wanted, but I loved it! With nods to its predecessors, Marvel gives the fans what they want – quips, stingers, and humor. Do not miss the 2 end credit scenes! They’re packed full of punch and information to give us hope for the future of the Marvel we love.


Check out these other Marvel kid friendly reviews: 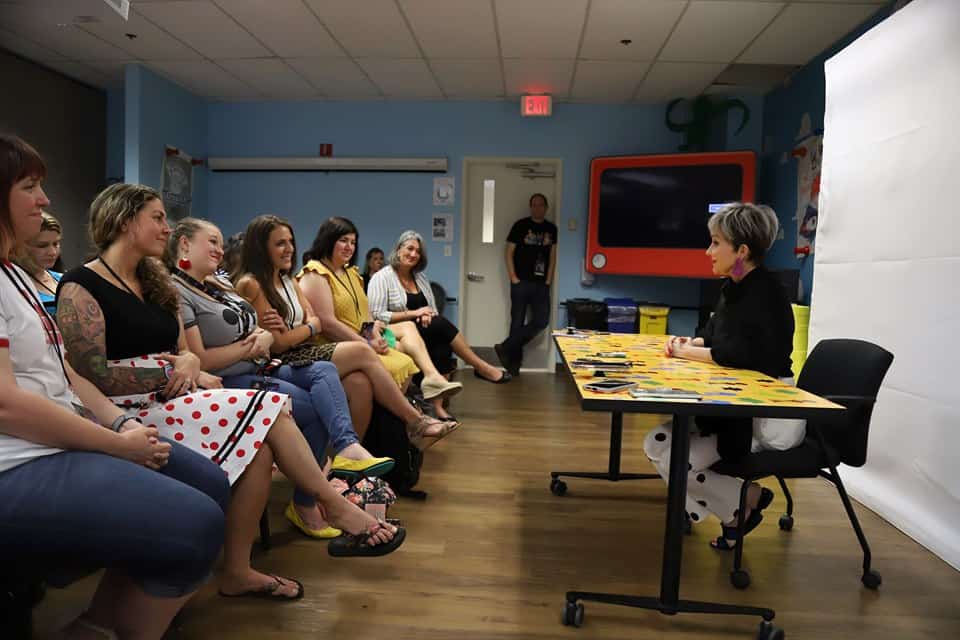 Next →
Is Yesterday Kid Friendly? Should You Take Teens?
Click here to cancel reply.

[…] Directed by the Russo Brothers, who also directed Avengers: Endgame, Cherry will appeal to teens who are fans of Marvel movies, especially Holland who also plays Spider-Man in the MCU. […]

I think its a bit over the top to put god, omg and dammit in with inappropriate language my 3,6 and 9-year-old loved the film the violence isn't as bad as the is written and nither are the adult jokes, as for the adult move it references a character saying they stopped peter from watching an adult film.

but good advice for overprotective mums and dads

For some people those words are deal breakers, especially GD. So I just present the information, and then parents can make their own decisions ☺️

Is the Downton Abbey Movie Kid Friendly? Not For All Kids - Lola Lambchops