Count me in as one of the original skeptics of Disney’s live action Aladdin. However, I can admit when I’m wrong. Is Aladdin kid friendly and will it be a movie for families to watch together in years to come? Aside from a couple of caveats, take a chance on this diamond in the rough. Let’s talk about the language, violence, and sexual content in Aladdin.

I loved the animated Aladdin, and it still is one of my all-time favorite Disney movies. However, I also remember thinking there were some questionable things in it for animated movie.  The live-action Aladdin had me pleasantly surprised. I was nervous at the PG rating and the direction some Disney movies had been going lately like with Incredibles 2 and its swearing.

Aside from phrases like street rat and puss puss (when referring to a tiger), I did not count or notice any bad language in Aladdin. This made me ecstatic! I heard no profanity and no uses of the Lord’s name in vain, not even phrases like omg. Bravo, Disney and Guy Ritchie! Seriously, it can be done.

Violence and Scary Situations in Aladdin

If you’ve seen the original, you know when to expect some of the scarier situations – this would be during the Cave of Wonders scene and towards the end when Jafar wants all the power. Iago, the parrot, at one point turns into some giant rabid parrot which was a little over the top.

It may be too much for small children to handle and those sensitive to tense situations. Overall, it wasn’t too bad. It would be easy to turn your head away during these scenes, but if your theater is loud, I would also cover their ears.

There is also one scene towards the beginning when Jafar gets angry and pushes someone down a well, but it’s not definitively known that said guy is dead. Also, Jafar does cause some people to vanish, and it looks almost like an Avengers: Infinity War dusting. So, just a heads up on that.

Being part love story, there is some flirting and kissing in the movie. There are about 4 kisses, none being over the top or overtly sexual and no crude sexual phrases. There are some midriff bearing costumes, but nothing super revealing.

Is Disney’s Live-Action Aladdin Appropriate for Children Under 8?

My two biggest caveats of Aladdin for children under 8 would be the length of the movie and the scary and dark situations. At a little over 2 hours, it might be hard for little ones to sit still. There are a couple slow parts during the movie where I looked at my watch, but what kept me going were the musical numbers.

If your children are a fan of the songs from the original Aladdin, then I think they’ll enjoy seeing the numbers in bigger production mode on screen. The colors and music are lively, Will Smith as the Genie is funny and entertaining, and my 12-year-old daughter swooned when she saw Jasmine in her teal costume.

There are dark moments to be wary of that I mentioned earlier, so if you think your child could be upset by them, I’d screen the movie first just in case. I would definitely recommend Aladdin for ages 8 and up, but I would also recommend younger if they would not be bothered by length and some scary scenes.

Should You Take Your Family to See Aladdin?

Go in with an open mind. Do not compare this to the original. After being incredibly critical of the trailers (they didn’t do the movie justice, by the way) I went in with low expectations. I was critical of the casting, of the Genie’s blue CGI, and of the lackluster singing during the trailers.

Once I was in the theater and let myself enjoy the experience, the smiles kept creeping up. I indeed got chills as Naomi Scott sang “A Whole New World.” Her voice is incredible, and although her song “Speechless” wasn’t an instant hit in my mind, I could see it becoming one.

Will Smith was charming and funny as Genie, a believable rendition as a friend like him with wit, sarcasm, and phrases like, “I’m about to fab-ulize you.” Mena Massoud as Aladdin convinced me he was a reformed thief with a heart of gold. While not a necessary addition, I enjoyed Jasmine’s hand-maiden, Dalia, and their interactions and friendship.

Overall, Jasmine’s ‘I won’t go speechless’ attitude is a welcome addition to the Disney Princess changes. Disney’s Aladdin is kid friendly, family friendly, and a movie my whole family can enjoy together – ages 6 to 14. Maybe not a whole new world, but I world I want to be a part of.

For more kid friendly reviews check these out: 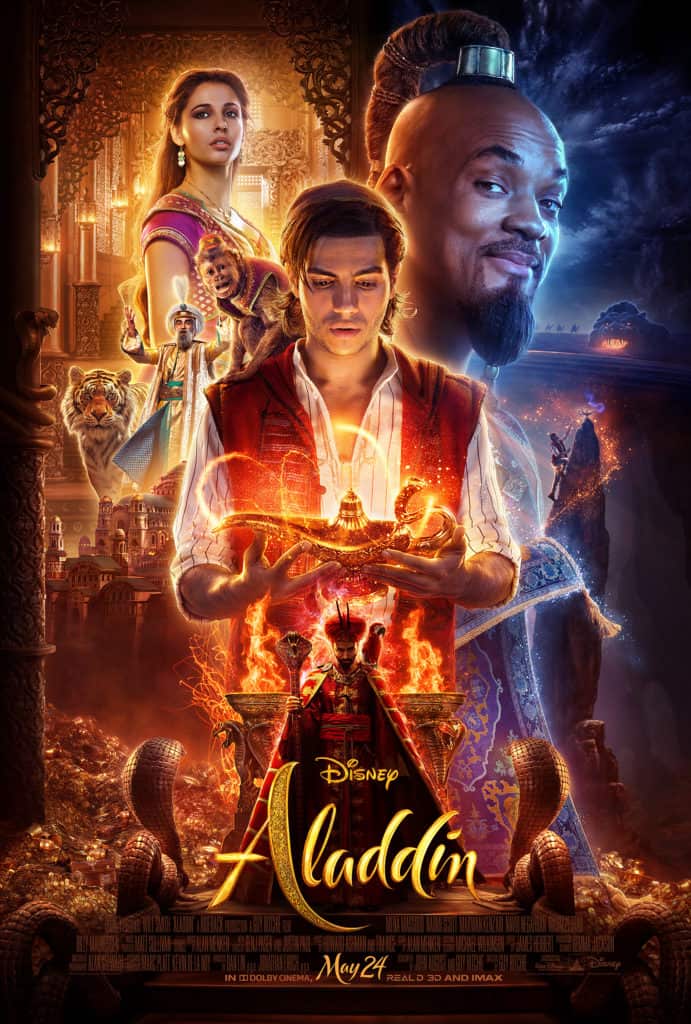 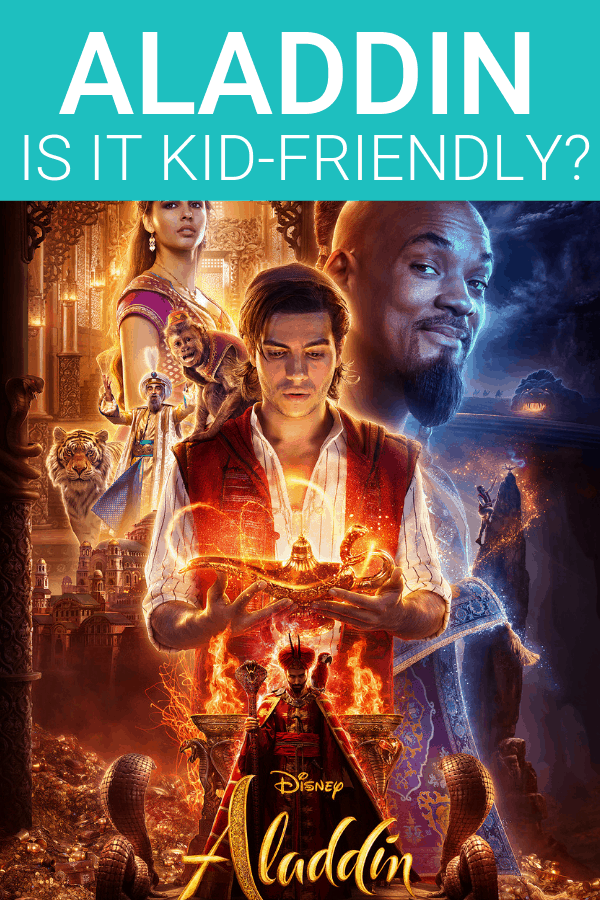 The Best Quotes from The Baby-Sitters Club on Netflix
Categories: Entertainment