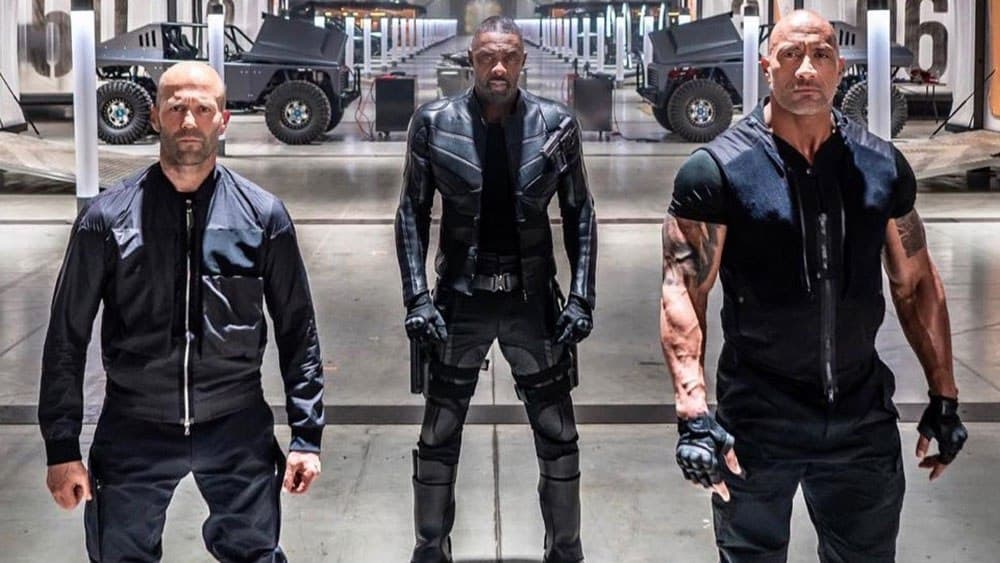 Is Hobbs & Shaw ok for kids? I’m going to say no, but the rules are different for every household. Between the crude banter between The Rock and Jason Statham, the unnecessary language, the long length of the movie, and the excessive violence, I would leave the elementary-school-aged children at home. However, if you’re a fan of the franchise, then at least Hobbs & Shaw is the least degrading to women. And Vanessa Kirby rocked in it.

So with this type of language, I would say Hobbs and Shaw is not kid friendly.

As expected you can find a lot of explosions, guns, blood, hand-to-hand combat, fighting, shootings, machine guns, things on fire, etc. It felt more like a Mission Impossible/Jason Bourne movie. There weren’t any particularly gruesome deaths that I remember.

There is passionate kissing and cleavage and butt shots, but no nudity. The Rock is also shirtless in a couple of scenes, but they are fighting scenes. Some crude jokes like “I’d rather drag my balls across shattered glass….” Also, The Rock talks about having Shaw’s sister “climb his mountain” if she wants.

Is Hobbs & Shaw Appropriate For Kids Under 13?

Fast & Furious Presents: Hobbs & Shaw is rated PG-13 and for good reason. It seems like they pushed the limits to just about everything they could in a PG-13 movie, except for sexual content. I appreciate the restraint there, at least. I would recommend Hobbs & Shaw for ages 14 and up due to content and length of the film. At over 2 hours, I thought the movie was wrapping up and then realized there was a change of continents, and we still had 30 minutes and an ending left.

Are there some redeeming things to teach kids in this film? Sure. You can talk about family and forgiveness. Although I felt the plot and storylines were very disjointed, I did enjoy the change of scenery in Samoa and getting to meet Hobbs’s extended family, especially his mother! She had me rolling. I was getting tired of the same old, same old in the movie. Most of the jokes were lazy, but they know their audience, because the audience seemed to laugh at the most predictable moments. There are also some fun cameos sprinkled in.

Perhaps it went downhill for me when The Rock tried to do a muscle-showing, helicopter-grabbing shot a la Chris Evans in Captain America: Civil War. No, dude, no. You’re no Captain America.

Speaking of enhanced humans, Idris Elba was the self-proclaimed bad guy, and I love me some Idris, but this role just didn’t give him a whole lot to work with. A good villain can really make a movie, and this is one of the weaker points of Hobbs & Shaw.

All that being said, if you’re looking for a summer movie where you had a bad day and just want an action-packed, profanity-laden, car-chase-filled, ridiculous, over-the top fun film, then Hobbs & Shaw is it. I didn’t hate it, and for a Fast & Furious film, that’s saying something. 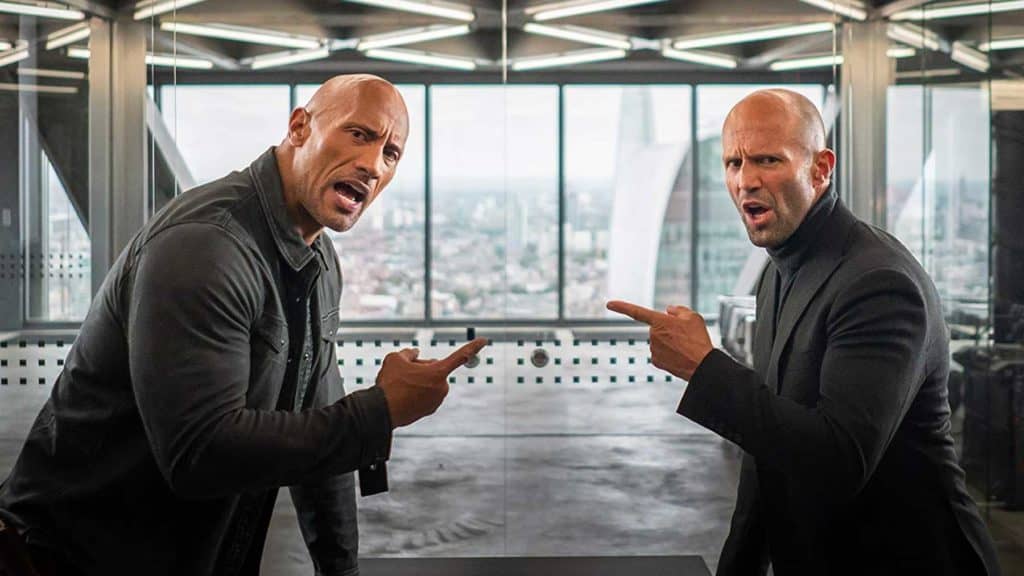 What is Hobbs & Shaw About?

Ever since hulking lawman Hobbs (Dwayne Johnson), a loyal agent of America’s Diplomatic Security Service, and lawless outcast Shaw (Jason Statham), a former British military elite operative, first faced off in 2015’s Furious 7, the duo have swapped smack talk and body blows as they’ve tried to take each other down. But when cyber-genetically enhanced anarchist Brixton (Idris Elba) gains control of an insidious bio-threat that could alter humanity forever–and bests a brilliant and fearless rogue MI6 agent (The Crown’s Vanessa Kirby), who just happens to be Shaw’s sister–these two sworn enemies will have to partner up to bring down the only guy who might be badder than themselves.