The Wrong Missy Parents Guide | Is it Kid Friendly?

And these are friends who aren’t generally phased by mature content. I decided to watch a little bit, but I was done. It was too much for me to handle, and frankly, it was boring. The Wrong Missy is rated TV-MA for language, raunchy humor, and mature content.

I miss the good ‘ol days of David Spade and Adam Sandler movies like Tommy Boy and Happy Gilmore. Slapstick comedy, but with some wit, not necessarily lending itself to cheap jokes throughout the entire movie. The Wrong Missy is just full of junk.

When Tim Morris meets his dream girl and their relationship escalates through texts, he decides to invite her to his company’s corporate retreat in Hawaii.  However, when a horrible past blind date shows up at the airport for the weekend getaway instead, he learns too late that he’s been texting “The Wrong Missy.” Get it? Classic mistake. 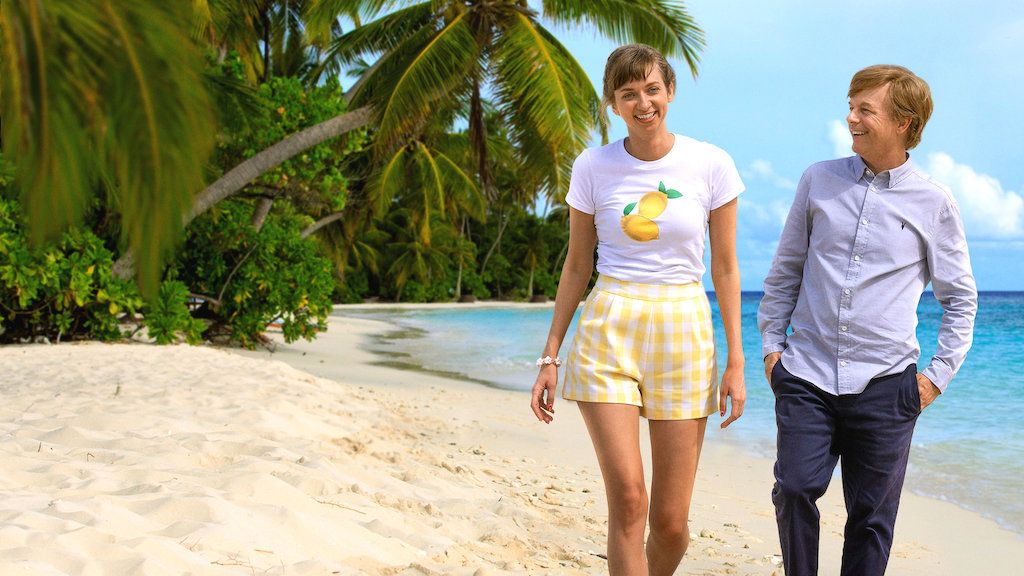 Know a bad word? It’s in here. Not just the four-letter words either, but crass words. And the f-word makes the rounds plentifully in every sense of the word. There’s a lot of sexual humor including an entire song about pu**y, and not the cat.

Is The Wrong Missy Appropriate for Teens?

I wouldn’t recommend The Wrong Missy for kids under 18. I wouldn’t even recommend it for adults, but if these kind of romcoms are your thing, then you might enjoy it. If you’re a fan of Happy Madison Productions, then you probably know what you’re getting into.

The Wrong Missy in particular is very heavy with content that may not be safe for teens.

Tessa from Mama’s Geeky will tell you if The Wrong Missy is worth the watch. My friend, Amanda, says at least Lauren Lapkus is a beacon of joy in her review of The Wrong Missy.

Is there some heartwarming message at the end of all this? Sure. Was it a painful road to get there? Also yes.

Dead to Me Parents Guide

Never Have I Ever Parents Guide

Next →
The Most Southern Sweet Magnolias Quotes
Click here to cancel reply.

'forcing herself on a man which my friend Tessa described as almost rape.'

I wasn't almost rape. It's rape.

There was no way for him to consent either time she assaulted him, he was asleep both times. The fact that it's being played off for laughs is horrific.