Holidate on Netflix is supposedly the anti rom-com, but it’s raunchy and frankly, predictable and dumb. Is Holidate kid friendly? No, not at all. Holidate is rated TV-MA for language, smoking, and a whole lot of crass humor. If you hate holidays or dating around the holidays, then this movie may be for you. Here’s what parents need to know in this Holidate Parents Guide.

Sloane (Emma Roberts) is tired of sitting at the kids’ table for holidays. After having her heart broken, her love life is a mess. Her family is always trying to set her up, but she decides all she needs is a Holidate when Jackson shows up at the mall. A holidate is a date for the holidays with no commitments. What could possibly go wrong?

I lost count at the amount of curse words in Holidate – at least 20 uses of f–k (sexual and non-sexual), bit–, a–, a–hole, jacka– sh–, batsh–, g-ddammit, Oh my g-d, Je-us Christ ,pu–y, d-ck, c-ck, and tits. An entire scene revolves one character telling another character to just say the word f–k.

There’s a lot of raunchy humor. There are sex scenes, with no explicit nudity, but in one scene you see a bare woman’s back and bare male chest. Also in another scene a character takes off another’s shirt and straddles him while insinuating oral sex.

During a scene about a kids easter egg hunt, the song playing repeatedly says, yo, bit–, move out the way.

Characters smoke pot. One character blows off his finger with a firework. Characters drink alcohol. Another character talks about her clitoris and having an orgasm.

The whole movie follows this type of humor.

Is Holidate Appropriate For Kids Under 18?

Often when movies rely on this type of humor, it’s because they’re not clever enough to get a laugh some other way. Sadly, there was too much talent wasted in this film. It just wasn’t funny, and the buildup was a let down at the end.

I didn’t even get a strong Christmas vibe from it. At least give me some Christmas magic or something!

The premise was interesting, but from the first 10 minutes, you knew how the movie would end. I just wasn’t buying the chemistry between the main characters either. Skip Holidate and visit the Hallmark Channel for predictable Christmas charm you can watch with the family. 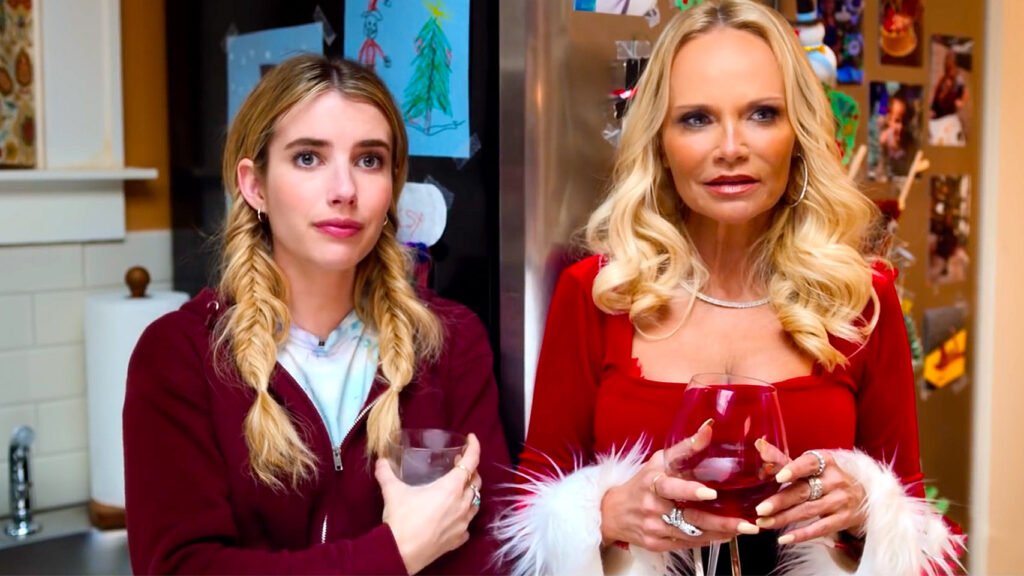 This review is spot on.

[…] out there. However, if you’re looking for something inappropriate and adult, then maybe Holidate is more your […]