Feel the Beat, starring Sofia Carson from the Descendants franchise, is a new Netflix original that will appeal to the tween and possibly teen crowd. Is Feel the Beat kid friendly? Rated TV-G, there are just a couple things to look out for, but overall Feel the Beat is ok for kids and families. And if your child is a dancer, they’ll love it even more.

Sofia Carson stars as April, a disgraced Broadway dancer who returns home to Wisconsin and reluctantly ends up teaching a group of untrained young girls at her old dance studio. Using them as a chance to make her name for herself again, she uses tough love that sometimes backfires on her.

While predictable, Feel the Beat is a solid effort in the family genre arena for Netflix. In this Feel the Beat Parents Guide, here’s what parents need to know before letting kids watch this Netflix original movie.

There was one use of a–, which was pretty random in a TV-G movie. For younger kids, they also use the word “suck” a lot, as in “we suck” or “we don’t completely suck” when talking about dancing. One girl uses the phrase “leaving our wieners swinging in the breeze” when angry.

Feel the Beat touches on some heavy topics like death of a parent, abandonment, failure, deployment, commitment and friendship. Sofia Carson is very harsh on some of the young dancers which could be difficult for younger kids to watch when they are used to sweet Evie from Descendants.

Also one girl uses silicon chicken cutlets in her bra to impress a boy.

I’d recommend Feel the Beat for kids ages 6 and older, and it’s a good family-friendly film. Appropriately placed on Netflix, I can see this as a repeat watch for many tweens. My 5 girls (ages 15 to 7) all enjoyed it a lot.

It’s a tween recipe for success – dancing, a love story without too much steam, humor, girls their ages, and a star they recognize.

The girls are darling, and in one emotional scene, Lidya Jewett who plays Kari, had me in tears.

One of my favorite TV Dads -Enrico Colantoni – plays April’s father and he’s just as endearing as he is as Veronica Mars’s father. I wish he was on screen a little more and had more playful banter between he and April, but I still caught that Keith Mars vibe.

The supporting actors could be stereotypical, but there was also chemistry that worked. The Marissa Jaret Winokur scenes with Brandon Kyle Goodman had me snort laughing.

Mia Michaels choreographed a beautiful dance number to “Always” and while some of the dance competition scenes may not be what you’re used to, this performance is a standout.

Sofia Carson is mean in this movie which can be jarring, but there are mean people in this world. So it’s a reminder that we aren’t always going to encounter nice all the time. Perhaps Miss Barb, the sweet dance teacher, says it best with, “She forgets that other people aren’t as perfect as she is, so we gotta be real patient with her.”

A story about chasing dreams and what it takes to find success and forgiveness, Feel the Beat is worth a watch and can give Disney Channel a run for its money. Make way for some fierceness and a story to make you smile.

Watch FEEL THE BEAT on NETFLIX

← Previous
The Best Artemis Fowl Movie Quotes from Disney Plus 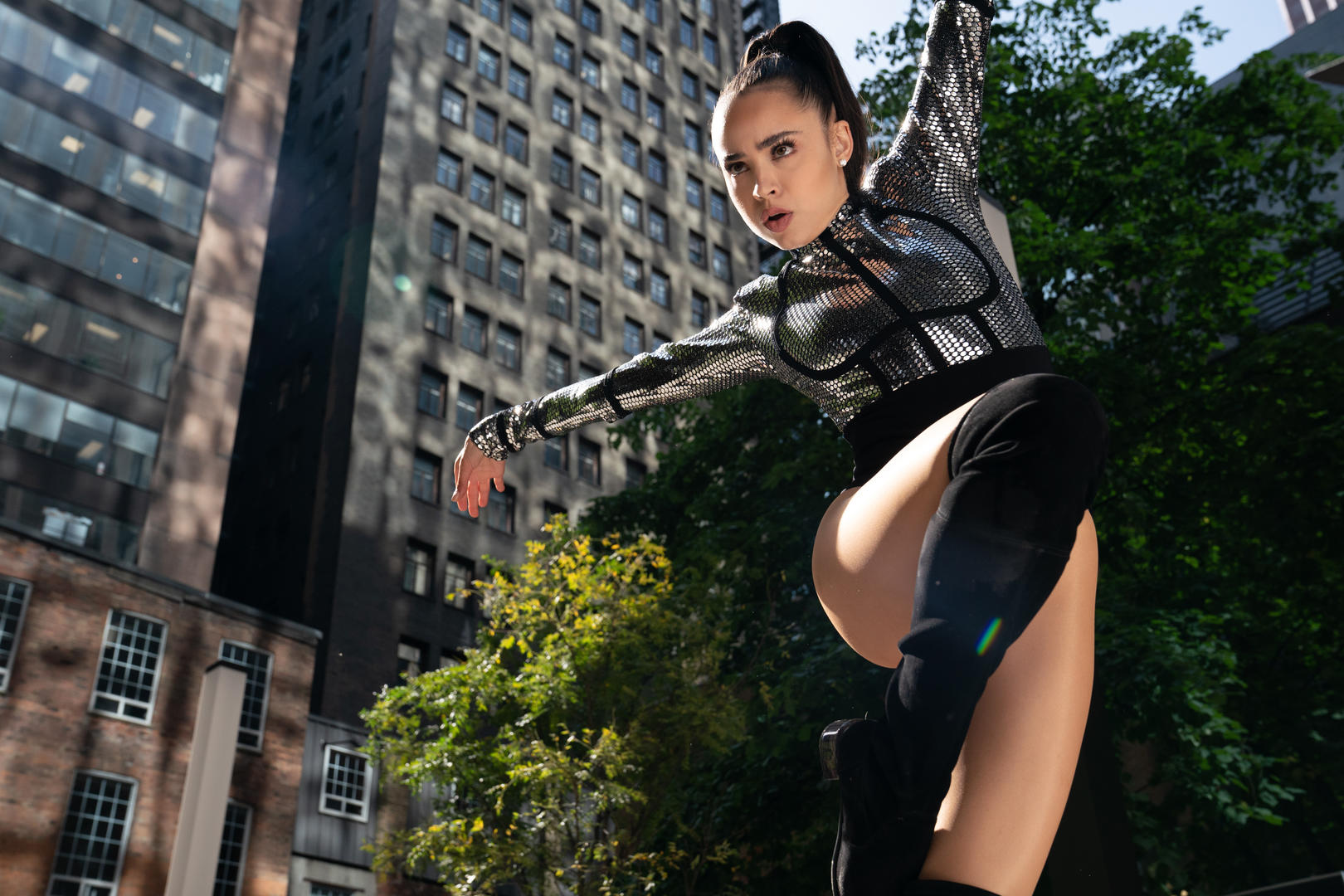 Next →
The BEST Feel the Beat Quotes on Netflix
Click here to cancel reply.