The Winx Saga features Bloom (Abigail Cowen), a redheaded American fairy who goes to Alfea, a prestigious fairy school in an undisclosed location, protected by a magical barrier. Unlike the other students there, she has human parents, and discovered she had powers when she burned down her home in California. As she learns more about magic and her powers, her past becomes even more mysterious, and Bloom needs answers.

There are some scary scenes in The Winx Saga. The opening scene showed a man killed by a mysterious creature and you later see his charred body. There are “monsters” called the Burned Ones that attack and growl and up close you can see they look like a burnt body. Some of these scenes would give kids nightmares.

Some characters smoke, drink alcohol, and do drugs. They talk about vaping and smoking joints.

There is some sexual content where they talk about butt stuff, mention sex, and you see characters sleep together in the same bed. Another character mentions that redheads are a good shag while a friend replies, “I didn’t know your hand was a redhead.”

There is some bullying, also heavy topics like adoption and learning to control anger and rage.

Is Fate: The Winx Saga Appropriate for Kids Under 16?

I would not recommend Fate: The Winx Saga for kids under 16 and mostly due to the dark elements in the show. While there is some inappropriate content for children, The Winx Saga may appeal to tweens and teens who like shows like Riverdale. It’s drama filled teens, but who are also trying to learn more about themselves and their powers.

Is The Winx Saga any good? If your kids like shows with pretty people and magic, then they’ll probably enjoy The Winx Saga. Some parts are YA cheesiness, but usually that’s what the younger crowd likes. The fairy storyline is interesting and a change from Wizards vs. Muggles. However, both try to keep their worlds from humans.

You’ll have your jealous ex-girlfriend storyline, plus pretty new girl trying to figure out where she comes from storyline, but I’ve seen worse. You never know what you’ll get with a TV-MA rating for Netflix, but this seems to be on the lower end of the rating. Fate: The Winx Saga is a compromise for those wanting more of an edge without going full on Tiny Pretty Things or Bridgerton. 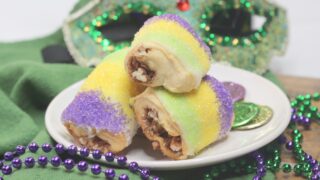 […] their magical powers [and] avoid being killed by monsters and all that other teen drama.” In her guide for parents, she calls it like it is, writing, “If your kids like shows with pretty people and magic, then […]

Thanks for this review, it had exactly the information I was looking for. I was hoping to watch with my daughter but after reading this, absolutely not!

@Emily B, how old is she