Disney+ Will Not Have R-Rated Content and I’m Glad

There has been a ton of news pouring out about Disney+ from D23 Expo! One announcement I’m excited about is that it has been confirmed that Disney+ will not contain any R-rated content on their streaming service. And I, for one, am here for it.

According to entertainment writer Eric Vespe on Twitter, “Stopped into a Disney+ demo. I asked about R-rated content, if any of Fox’s more adult fare will make it on to Disney+ and he said that Disney+ will all be PG-13 or softer.” This seems to be somewhat controversial as some people are for it and some people are saying it may be Disney’s weakness.

I don’t always agree with Disney, but I applaud this move, because Disney is known to be a family-friendly company. While they own plenty of other companies that have more adult content, this one has their name on it directly. As an adult, I don’t watch R-rated movies or content, that’s a personal preference. I understand that’s not everyone’s preference, which is why they will most likely move that content to Hulu, so there are options.

Vespe also said, “I followed up asking if Fox’s harder edge stuff would end up on Hulu and just got a smile and “that’s a good assumption” in return.” So Fox’s library that includes Deadpool, will not be on Disney+, but shows like The Simpsons will.

I don’t think Disney+ is meant to be a substitute for all streaming services, that’s why we have Amazon Prime, Hulu, and Netflix. And with the current Disney+ deal for $140 for 3 years (which is less than $4 a month), the price is right for all the content we’re getting – old and original!

Also, they’re not dumb, which is why I imagine they’re not dropping all the content at once. You’ll have to watch new shows a week at a time instead of binging, so you’ll have to keep subscribing for a longer period of time. I see you, Disney. This is why I signed up for the 3-year contract already.

We need more family friendly content, not less. If you’re already interested in what Disney+ has to offer like all the Marvel Movies in the MCU, Star Wars movies and shows, and Disney classics, then you know Disney can make quality content that is PG-13 or softer that interests both children and adults. That’s their specialty.

There will be parental controls on Disney+. So if you choose the kids option on the profile, they will not have the option to watch shows like The Mandalorian (which is pretty violent) and High School Musical: The Musical: The Series. Check out my Disney+ parental reviews on both of those.

Parental controls or not, I’m happy to have a streaming service that I’m comfortable having in my home where I don’t need to worry about my children accidentally seeing nudity, sex scenes, extreme violence, or hearing the f-word every other sentence. Even some of the Netflix Marvel shows like Jessica Jones and The Punisher were way too violent for me to handle.

So, thank you, Disney+ for not having R-rated content on your streaming service. That’s why you can have all my money. 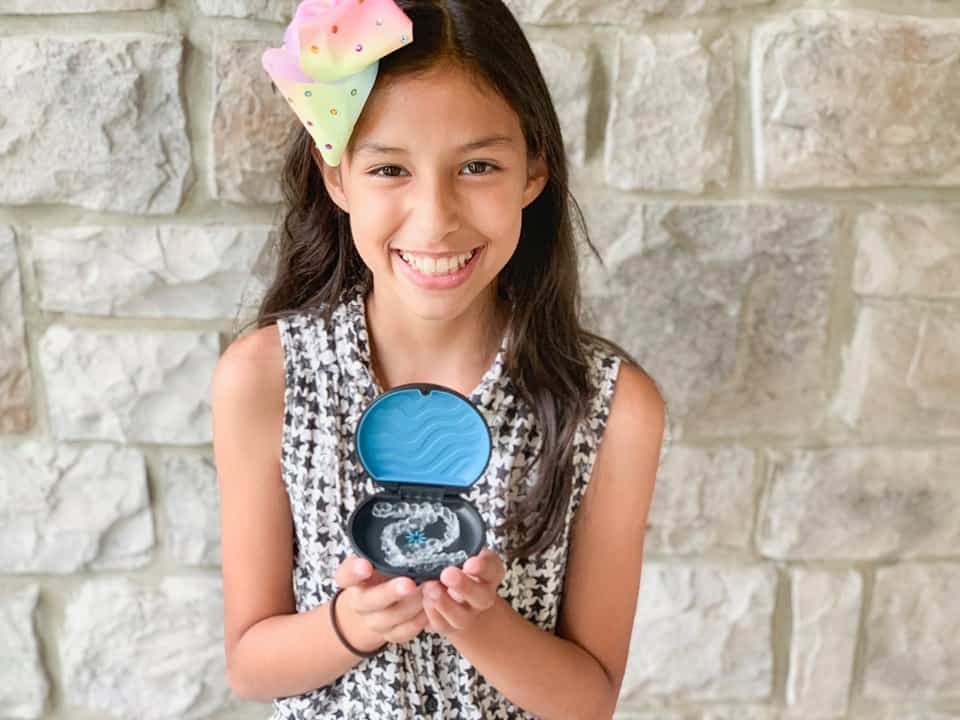 ← Previous
Pros and Cons to Invisalign® Treatment For Teens

Next →
Is Overcomer Kid Friendly? If You're Expecting a Christian Movie
Click here to cancel reply.

[…] you love Christmas and holiday puns, then Noelle on Disney+ is sure to be on the top of your favorite holiday movie list. If you’re a holiday curmudgeon […]

Disney Plus Launched and Here is The Truth | Passports and Parenting

[…] Much like our obsession for the Disney Parks and Disney Cruises, we have quickly fallen in love with Disney+ already too, and as a parent I appreciate that there is no rated R content.  […]

[…] now! Last November I was able to visit the set of the live-action remake of Lady and the Tramp for Disney+ in Savannah, GA. During the set visit, we learned about all kinds of Easter Eggs and fun facts from […]

[…] You should get a jump on the TV shows, because soon they’ll disappear from Netflix later this year and head to Disney’s new streaming service, Disney+ or even Hulu since Disney said they want to keep Disney+ Pg-13 and under. […]