Ted Lasso is one of the best shows on television. Ted is always uplifting people with his positivity. But he’s not the only funny one. Here are some of the best Ted Lasso quotes from Roy Kent, Ted Lasso, Keeley, Sam, Coach Beard, Rebecca, and more! Both Seasons 1 and 2 Ted Lasso quotes are covered here, including the Season 2 finale. 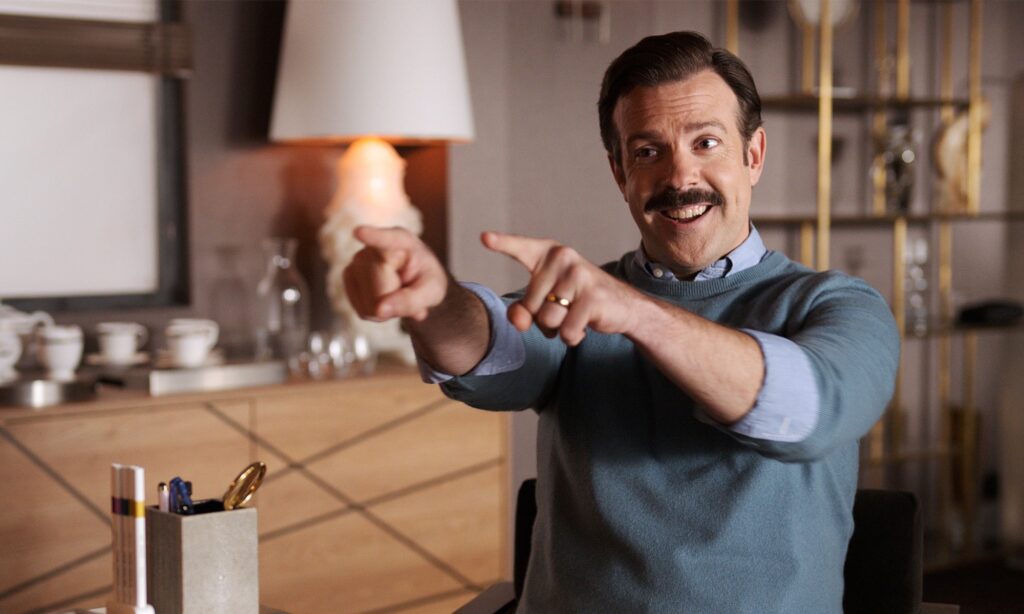 The Best Quotes from Ted Lasso on AppleTV+

Jason Sudeikis plays Ted Lasso, a small-time college football coach from Kansas hired to coach a professional soccer team in England, despite having no experience coaching soccer. He’s really hired to make the team worse, but he doesn’t know that, and manages to win everyone over with his charm and positivity.

It’s hard not to like Ted, though he may not be everyone’s cup of tea. Some of his sayings are corny, but they make me laugh!

The second season of Ted Lasso is just as good as the first. The Ted Lasso Season 2 finale left us on some cliffhangers, and I look forward to season 3. Some Ted Lasso quotes are funny, some are thoughtful and inspirational. Did I miss any of your favorite quotes from Ted Lasso? Drop them in the comments below.

Also check out this Ted Lasso Parents Guide if you need age recommendations for the show and these Ted Lasso memes for another smile.

When it comes to locker rooms, I like ’em just like my mother’s bathing suits. I only wanna see ’em in one piece. -Ted Lasso

Maybe you should stop battling people that just want to help you. -Keeley

People tear their butts all the time in athletics. -Ted

Last one there is a Scotch egg. -Ted

Be curious, not judgmental. -Ted

I like the idea of someone becoming rich because of what they gave to the world, not just because of who their family is. -Sam 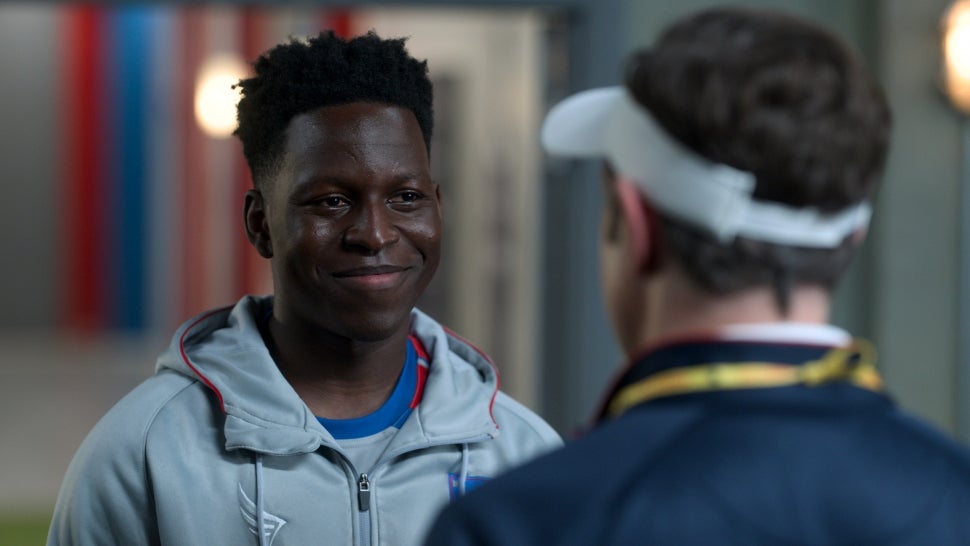 You act like I’m chasing you with a booger. -Ted

Can I think about it? -Roy
I’d call you a big dummy poopoo face if you didn’t. -Ted

You know what the happiest animal on Earth is? It’s a goldfish. You know why? Got a ten-second memory. Be a goldfish, Sam. -Ted

Y’all kicked their butts from soup to nuts. -Ted

I haven’t seen someone that disappointed to see me since I wore a red baseball cap to a Planned Parenthood fundraiser. -Ted

I wish I was Keeley three, four times a day. -Ted

I shouldn’t bring an umbrella to a brainstorm, so I appreciate you getting the ball rolling, Nate. -Ted

All people are different people. -Ted

You can’t get hurt if you don’t try. -Keeley

Old people are so wise. They’re like tall Yodas. -Jamie

Touch your toes! Those are your feet fingers. -Ted Lasso

I haven’t seen a pass that soft since my high school drama teacher asked me to mow his lawn. -Ted Lasso

If that’s a joke, I love it. If not, can’t wait to unpack that with you later. -Ted

I’m sort of famous for being almost famous. -Keeley

I’ve been to Vegas many times. One night is good, two nights is perfect, three is too many. -Coach Beard

Doc, you are more mysterious than David Blaine reading a Sue Grafton novel in Area 51. -Ted

I’m a flaneur by nature. -Higgins

I love meeting people’s moms. It’s like reading an instruction manual as to why they’re nuts. -Ted Lasso

I don’t really know how to talk to you. -Jamie
Then it’s working. -Coach Beard

You are an ugly, ugly boy with bad hair. -Roy Kent

He refuses to open up, and when he gets anywhere close to being vulnerable, he fires off a zinger of some obscure reference to something very specific to a 40-year-old white man from Middle America. -Doc Sharon

I do love a locker room. It smells like potential. -Ted

I saw it in a Denzel Washington movie and I thought, oh, I’m taking that. -Higgins

You know my philosophy when it comes to cats, babies, and apologies. You gotta let them come to you. -Ted Lasso

Coach, you keep trying to hold all this in, I’m afraid your mustache is going to pop off. -Coach Beard

You helped this panda become a lion. -Keeley

A bit of advice for being a boss. Hire your best friend. -Rebecca

Look at it out there. Looks like a Renaissance painting portraying masculine melancholy. -Ted Lasso

[…] team isn’t exactly coming together like he hoped. However, nothing can cure the blues like a Ted Lasso quote, and there are plenty of […]

[…] when the world’s on fire, you just need some Ted Lasso or Ted Lasso quotes to cheer you […]