Georgia’s past is a bit shady, but she is determined to give her daughter, Ginny, and son, Austin, a better life and the childhood she never had. Sometimes Ginny has to be the adult in the house, though.

Georgia can be savage, but she sometimes has wisdom to impart. Did I miss any of your favorite quotes from Ginny & Georgia? Drop them in the comments below. Also, check out this Ginny & Georgia Parents Guide if you need age recommendations for the show.

There are two things you can get from sex with a man, passion or power. But you better make sure you’re gettin something. Otherwise you’re just getting screwed. -Georgia

What are you wearing? You look like Vanessa Hodges at Rydell High. -Ginny

Then again, there’s not much typical about my mom. -Ginny

I’m not going to be white and bougie even if you put me in a cable-knit sweater. -Ginny

We’re like The Gilmore Girls but with bigger boobs. -Georgia

It’s me and you against the world, kid. Remember that. -Georgia
That’s dramatic. -Ginny

You win more flies with honey, but if you get yourself a bee, sting first. -Georgia

Looks like the apple doesn’t fall far from the rotten tree. -Georgia

I want my ashes scattered in this closet. -Maxine

I think you only want passion until you’ve been burned. Then power starts looking really good. -Ginny

I’ve accepted that everything that sparks joy is cancerous, and I love string cheese. I’m embracing death. -Maxine 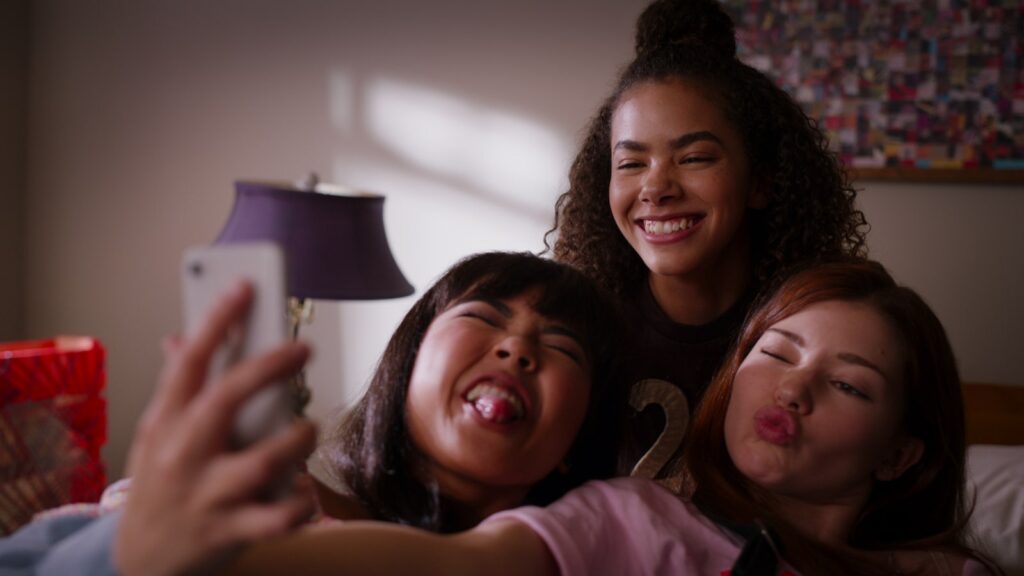 I feel like I’m in a board game and I don’t know any of the rules. -Ginny

If they can see where your makeup ends and your face begins, you’ve done it wrong. -Ginny

Indifference is the best revenge. -Ginny

Savage. I love you as Regina George. -Maxine

The things you really need to scared of don’t have any rules. -Ginny

I’m not paying for some twenty-nothing, latte-drinkin’ tweed-wearing hypocrite who thinks they have any idea about my life. -Georgia

Never look backwards, only forward. It don’t do any good digging through mud. All you get is dirty. Best wash yourself clean and move on. -Georgia

Why are you smiling like you’re about to tell Pinky the plan is to take over the world? -Georgia

← Previous
20 Best I Care a Lot Quotes on Netflix

Next →
Should Ginny & Georgia Get a Season 2 on Netflix?
Click here to cancel reply.

@Kenya Andr, Its love you, mean it. Hate you,kidding

Looking for a quote... I hurt myself because... Its from ginny I think

@Rebecca cave, Of course I hurt myself. When you don’t have a voice, you have to scream somehow. i think you’re thinking of this one

the bee sting one??

Does anyone remember a phrase about the woman who "has no plan and is set up for failure"? Please help, I can't remember and it's killing me

@Yulia, A woman ill prepared is set up for failure

@tanialamb, love you... Mean it