I don’t know about you, but Enola Holmes is giving me life right now. From Sherlock to Enola to Tewksbury, there is someone to stan for everyone. Here are the best Enola Holmes memes from the internet!

Twitter is always my go-to to find the best memes. These Enola Holmes memes sum up the goodness that Enola Holmes brings fans including the characters! Here is a little Enola happy for your day. Also check out these Enola Holmes quotes to make you feel like you can do anything.

The Religion of Sherlock Holmes

ok i just watched #EnolaHolmes and i’d like to start a religion based on henry cavill as sherlock holmes pic.twitter.com/vdR4drrm0d

I won’t tell you how many times I replayed this. HA!#EnolaHolmes pic.twitter.com/RG5Nxbhusa

For all of you Team Tewks Fans

My kids are definitely Team Tewks.

who watched this just to see Millie bobby brown and helena bonham carter but was distracted by Viscount Tewkesbury’s charm? same.
#EnolaHolmes pic.twitter.com/fGnFTlnovK

When Enola Makes you Forget about Stranger Things

Ok, ok, maybe this was too far. You can be fans of both.

We bow to you, queen.

#EnolaHolmes is really out here giving us a bellatrix lestrange, madame maxime and aunt petunia reunion. I am loving it <3 pic.twitter.com/nQ9fyO7mQW

“You have to make some noise, if you want to be heard”
—Eudoria Holmes#EnolaHolmes pic.twitter.com/LLf0PcioeK

Women are not only destined to knitting, marriage and running the households. They can be the key to achieving justice, the protector of weak and the power for change. Women can make noises too—for them to be heard.#EnolaHolmes pic.twitter.com/kN5d1YVj4D

Who is your favorite Enola Holmes character? 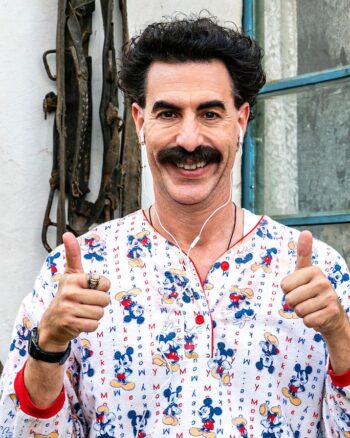 Best Olaf Quotes in Once Upon a Snowman on Disney Plus
Categories: Entertainment