Most Quotable A Babysitter’s Guide to Monster Hunting Quotes 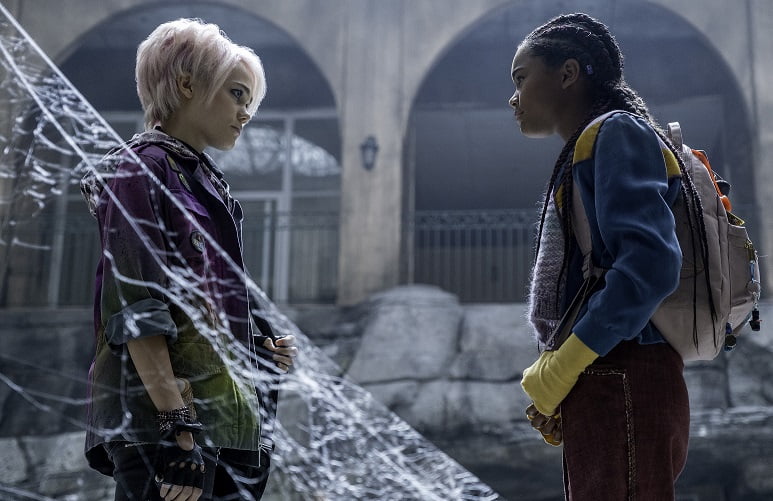 Who’s your favorite character from A Babysitter’s Guide to Monster Hunting? This diverse case is a lot of fun! As Kelly teams up with Liz Lerue to save the boy she’s babysitting from monsters and The Grand Guignol (aka the Boogeyman), we get some serious girl power! Plus Draco Malfoy as The Grand Guignol is awesome and worth the watch.

Check out these quotes from favorite characters Liz Lerue, Kelly, Tommy, Ms. Zellman, and more! If I missed any of your favorites, drop them in the comments below.

Since the dawn of time, every basic girl who has thought that she’s hot has worn a cat costume. -Liz Lerue

OMG you are so smart… said no one ever. -Deanna

You used to eat crayons when we were kids and no one calls you Crayola Mouth. -Kelly
That’s because crayons are delicious. -Tommy

It’s Halloween, the one night we can be anything we want. Anything in the world. What do you want to be? -Tommy

No ice cream, no gluten, no caffeine, no dairy, no peanuts, no more than 30 minutes of screen time? -Kelly
You have a stopwatch on your cell phone, right? Because it’s Halloween, Jacob may have 3 pieces of candy. -Ms. Zellman
Oh I’ve got some… -Kelly
No, no no, raisins, dried apple chips, or puffed rice cakes. Also no running, no shouting, no discussing global tragedies, or current events. -Ms. Zellman
Got it. -Kelly

Now I’m just scared of real-life stuff like climate change, and inequality, and talking to boys, and like everything I read on Twitter. It’s really scary. -Kelly

You will just get in my way. Or you’ll get possessed, hypnotized, cursed, boiled, or turned into a three-headed dog of darkness. -Liz Lerue

I’ve slowly but surely accumulated 51 rare gases and mixed them with the perfect specificity. Why, you ask? To fill these beautiful tanks with enough power to manifest my army of nightmares into actual life! Terrors alive like never seen before! -The Grand Guignol

My evil lullaby will put you into a deep, dark sleep. -The Grand Guignol

The babysitter buffet is officially open. -The Grand Guignol

Sneak up on the Boogeyman? I invented the sneak. -The Grand Guignol