Wondering if Euphoria is ok for teens? Euphoria is rated TV-MA for basically all the things – drugs, nudity, language, and mature content. Is Euphoria ok for kids? No and not even for most teens. Season 2 of Euphoria is now streaming and is even more triggering than the first season. Here’s what parents need to know in this Euphoria Parents Guide. 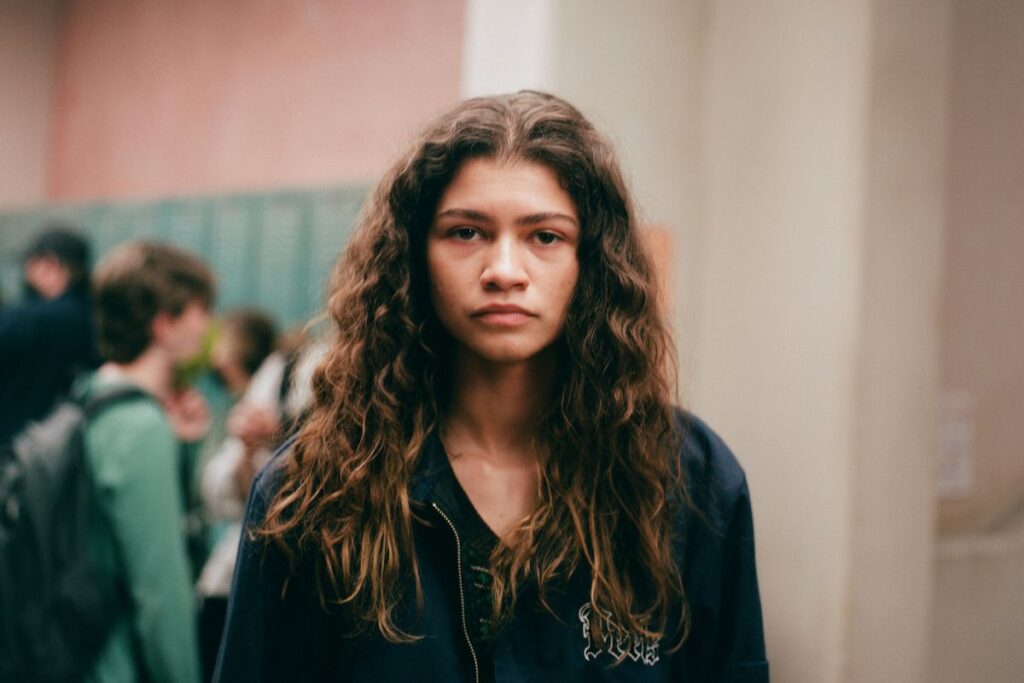 Euphoria follows the troubled life of 17-year-old Rue, a drug addict fresh from rehab with no plans to stay clean. Characters in Rue’s life include Jules, a transgender girl searching for where she belongs; Nate, a jock whose anger issues mask sexual insecurities; Chris, a football star who finds the adjustment from high school to college harder than expected; Cassie, whose sexual history continues to dog her; and Kat, a body-conscious teen exploring her sexuality. As the classmates struggle to make sense of their futures, the series tackles the teenage landscape of substance-enhanced parties and anxiety-ridden day-to-day life.

In Season 2 of Euphoria, there are even more drugs and even more drama. Rue must find hope while balancing the pressures of love, loss, and addiction. But it won’t be easy.

Why is Euphoria Rated TV-MA?

Euphoria is rated TV-MA for drug use, nudity, violence, and language which means it may not be suitable for kids under 17.

Parents need to know that Euphoria is not recommended for kids and deals with very heavy issues.

There is strong profanity in Euphoria including many uses of sh*t, fu*k, a**, bit*h, bastard, and sexual words like dick, pu**y, and c*nt.

Since Rue is a drug addict, there is a also a whole lotta drug use. Teens are using cocaine, heroine, steroids, oxycontin, taking pills, vaping, and using juuls. There is also a lot of underage drinking.

A girls cuts herself after being harassed by a boy. A character is shot in the head. A female character is abused by a male.

Is Euphoria Appropriate For Kids Under 17?

Many teens who perhaps didn’t watch Season 1 may want to start watching since Zendaya and Jacob Elordi are a couple of the stars of the show. What ages is Euphoria suitable for? I wouldn’t recommend Euphoria for kids or teens due to the dark and graphic nature of the show. It’s heavy and may be hard for teens to cope with the emotional weight. If they do watch, I’d recommend watching with an adult to be able to talk about the content and process their thoughts and feelings.

Even Zendaya issued a warning to fans about Season 2 of Euphoria:

“I know I’ve said this before, but I do want to reiterate to everyone that Euphoria is for mature audiences. This season, maybe even more so than the last, is deeply emotional and deals with subject matter that can be triggering and difficult to watch. Please only watch it if you feel comfortable. Take care of yourself and know that either way you are still loved and I can still feel your support. All my love, Daya.”