With Disney’s 2017 Princess Half Marathon Weekend registration fast approaching (July 12, 2016 at Noon ET for all the regular folk), I’m rereading my Disney Princess Enchanted 10K from earlier this year. I’m waffling between running only the 10K and cheering the half marathon or registering for the Glass Slipper Challenge. I really love the 1oKs, and even more so after remembering what a fabulous time I had. But Glass Slipper means 2 costumes!

After running the Walt Disney World Marathon in January, I knew I’d want to take it easy and have some fun. So I only registered for the Enchanted 10K. And fun I had. Enter some of my best running friends and a rocking group costume. You know how I love a group costume.

A bunch of girlfriends and I decided to stay in a 2-bedroom-villa at Disney’s Animal Kingdom Lodge, and the party started immediately! We hit up the expo, got our bibs , and did some shopping. We arrived Thursday afternoon, and I felt there was still a lot of merchandise left even with reports of Princess craziness that morning.

Our 2:45 a.m. wake-up call came early Saturday morning. We probably should have gone to bed earlier. I had my usual bagel and Nuun for breakfast, and we left for the buses while leaving trails of feathers down the hallways. We made it to race transportation at 3:30 a.m. and had plenty of time to take pictures, dance, and use the port-a-potty before we headed to the corrals.

Our friend Amy is a ballerina, so she had the brilliant idea to be the dancing ostriches from Fantasia. I think at first we were like, errrr, ok. 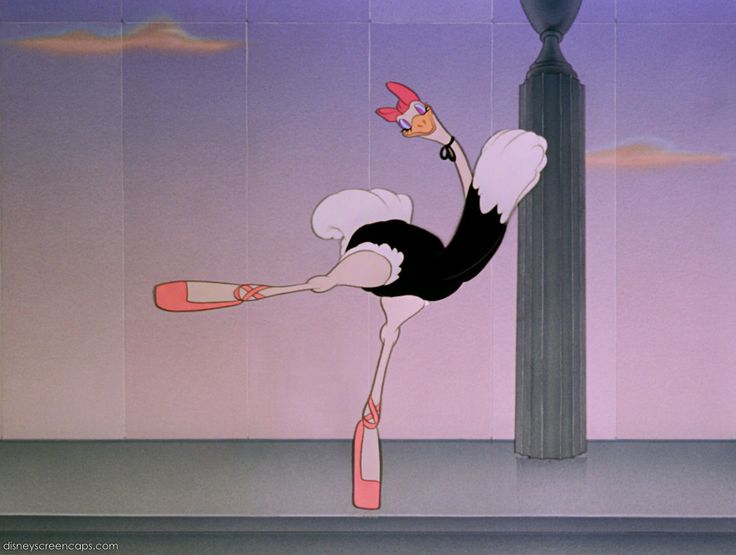 But her genius came together nicely, I believe. Tutus, long socks that look like pointe shoes, white gloves, pink bows, and ribbon around the neck.

I don’t usually wear tutus for running costumes, because I find that they’re itchy or my arms rub against them when I run. However Amy said we needed tutus. We got our tutus from Shelly Rio Boutique on Etsy. They were so soft and well made. It really completed the costume, because how can a ballerina not have a tutu? I know this might sound silly, but I felt pretty in this costume. I started dancing around doing arabesques when it was all complete. My tutu didn’t slide down when I ran and stayed in place. I’m just going to say we nailed it 🙂

We all headed to our respective corrals, and Amy, Faith and I ran together. The first few miles are kind of boring. It’s a bunch of back road. There were a couple of character stops along the way like the Old Hag from Snow White and some Fairies (Tinker Bell’s friends). We decided not to stop and ran the first 5K.

When we hit World Showcase, I got distracted by the beauty and we stopped for a selfie. Then I saw my main cricket, Jiminy. That was a must-stop for me. He is one of my very favorite Disney Characters!

We didn’t get too much further when we spotted Lumiere and Cogsworth, so we stopped again.

I didn’t stop for them during the marathon in January and had regretted it. Both of those lines were probably a 5-ish minute wait or so at the time we passed them. We kept running and made it to the BoardWalk area. We saw the Genie in his vacation clothes and Sofia the First later on. We didn’t stop for either of those. But we needed one more Epcot selfie.

We had one more corner to round and the finish line was in sight! I had run out of gas, but my two running partners were full speed ahead. The plan was to grand jeté across the finish line, but we were holding hands and I felt like I was being dragged the last 100 meters. So I had to try to jeté a lot sooner, just so I wouldn’t fall down. And when I say jeté, I mean just start jumping like an awkward crazy ostrich.

We did it! We had a great time, and I’m so thankful for those Mylar blankets runDisney hands out. It was chilly out when we finished, and we waited for all our ostrich squad so we could take an epic photo like the one at the beginning of this post.

The 10K is quickly becoming my favorite race distance. Still a challenge, but the distance isn’t too horrendous that it makes me want to start cursing. The weather was perfect for race day. Plenty of water stops, real bathrooms, med tent.

Once again though, my big complaint, runDisney, is the lack of action on the course during the boring stretch of roads. I’m not even asking for more characters (though it would be nice), but music, bands, something pretty to look at…something! These races are expensive, so honestly, I do expect a little more.

It was an Ariel themed race, so could we get some more characters to align with the theme? I saw Sebastian rocking it out at the party in Disney’s Hollywood Studios, so I wondered why he couldn’t have made an appearance here? Too much partying? But I sure was happy when the edamame trail mix made it back into the runner’s boxes, so for that, you get a big ‘ol thank you!

Now that my racing was done it was time to get my Disney eating on and prepare for chEARing for the half the next day. It’s hard work, people, and requires things like cupcakes, ice cream cookie sandwiches, Nutella waffles, and Mickey Ice Cream Bars. Seriously.

[…] Princess 10K during Disney’s Princess Half Marathon. Some friends and I decided to cheer for Disney’s Enchanted 10K, and it was so much […]

This was the best costume ever...who knew putting a tutu on my big behind would make me feel all kinds of purty. Second best group costume, Ghostbusters. NOW I need to come to do the 10k again, as I LOVE that course and had the best weekend ever.

Yes, you need to come! The group costumes rock!