Have you ever spoken to someone who just had an incredible outlook on life even though they were going through something difficult? That’s Angela Tiedemann. Angela Tiedemann, 30 years old from Belleville, IL, is a health educator and health coach at Cigna whose passion is empowering others toward wellness. She spoke with me about her struggles with infertility, running in the 2017 Walt Disney World Marathon, and how she stays positive through the negative days.

I was able to speak to Angela before she ran the Walt Disney World Marathon. Spoiler Alert: She crossed that finish line! When she’s not helping others achieve their health and fitness goals, Angela stays active and fit by running, and hiking with her husband, Dan Tiedemann. Angela and her husband are heading into their third year of their journey with fertility issues. Infertility is a growing problem in the United States. According to the Centers for Disease Control and Prevention (CDC) about 12% of women of childbearing age have fertility issues. The causes of infertility involve women and men about equally. 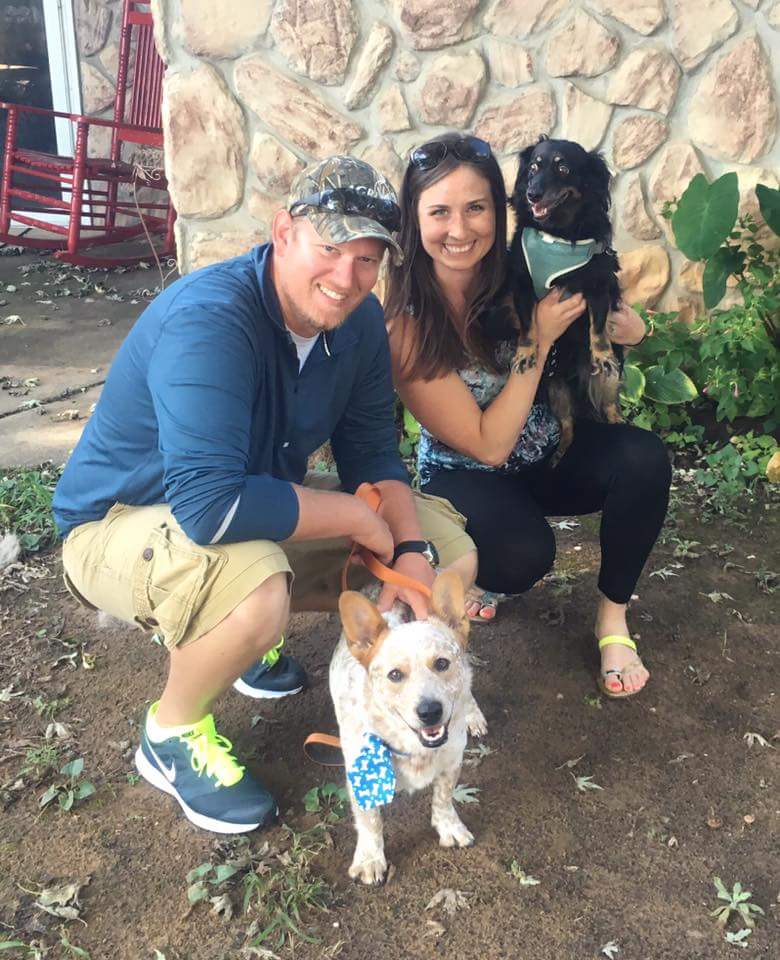 I wanted to share Angela’s story, because I have a lot of friends who have also struggled with infertility. My heart breaks for them and for all those wanting to conceive. Honestly, I have never known the right words to say, but they need a voice and a support system.

Angela won Cigna’s annual employee contest with an essay about why she wanted to run the 2017 Walt Disney World Marathon. Cigna chooses a winner for each race distance of Marathon Weekend to promote health and wellness. She chose the marathon distance! All of you runners know how bad-A someone is to complete a marathon and then want to do it again. Angela has been a runner for 6 years and has completed several half marathons and 4 (now 5) full marathons.

“I hesitated before hitting the send button on my contest submission this time because it is personal. But, by sharing my experience, I’ve connected with more people who are very supportive, and learned so much and felt so much better hearing others’ stories and journeys. It helps to know someone else has been in your shoes and knows exactly what it feels like. I hope I can also be a source of support for others struggling with fertility issues.”

She was surprised when she was chosen as one of the top 3 finalists. Her colleagues from around the organization and across the country voted her as the winner. As part of her submission, she wrote: “My husband and I have been trying to expand our family for over 2 years now unsuccessfully. This has been a very mentally, physically, and financially trying time for both of us. We recently went through our first unsuccessful round of IVF. This was very difficult for both of us. . . [To run the marathon in Walt Disney World] will be a great way to spend a fun-filled, uplifting weekend with my husband as we continue to try and stay positive in this process.”

And that she did! You guys, she’s my people. She ran in costume! You all know how much I love running costumes! Isn’t her Flower costume from Bambi adorable?

Angela crossed the Walt Disney World Marathon finish line and ran 26.2 miles on January 8, 2017. It was a cold one. I was out there cheering, wearing about 7 layers of clothing, and I was in awe of those runners! Angela runs to be active, de-stress, and to clear her mind. On her long runs, when she’s not listening to her playlist, she uses that time to think and make plans. Sometimes she’ll give herself pep talks.

I admire Angela very much. Truthfully, if I were in her shoes, I don’t know that I could be so positive or choose running as my de-stresser. It probably would be chocolate chip cookie dough.

Advice for People With Fertility Issues

Angela says first, make sure you have a doctor that cares about you. See a specialist.

Talk to your partner. Express the negatives and the positives. It will be stressful financially.

Find support in Facebook groups, follow different pages, you may just find an article that catches your eye. Talk to your friends. One reason Angela was glad she shared her story in the contest was because she received so much support from colleagues across the country she hadn’t met. They shared their stories with her through email, and a connection was made.

“Everyone is different. I’m more positive about it. I understand if you’re not. Try to find peace or change your personal mindset. Long runs are good for that. That’s why I run!” 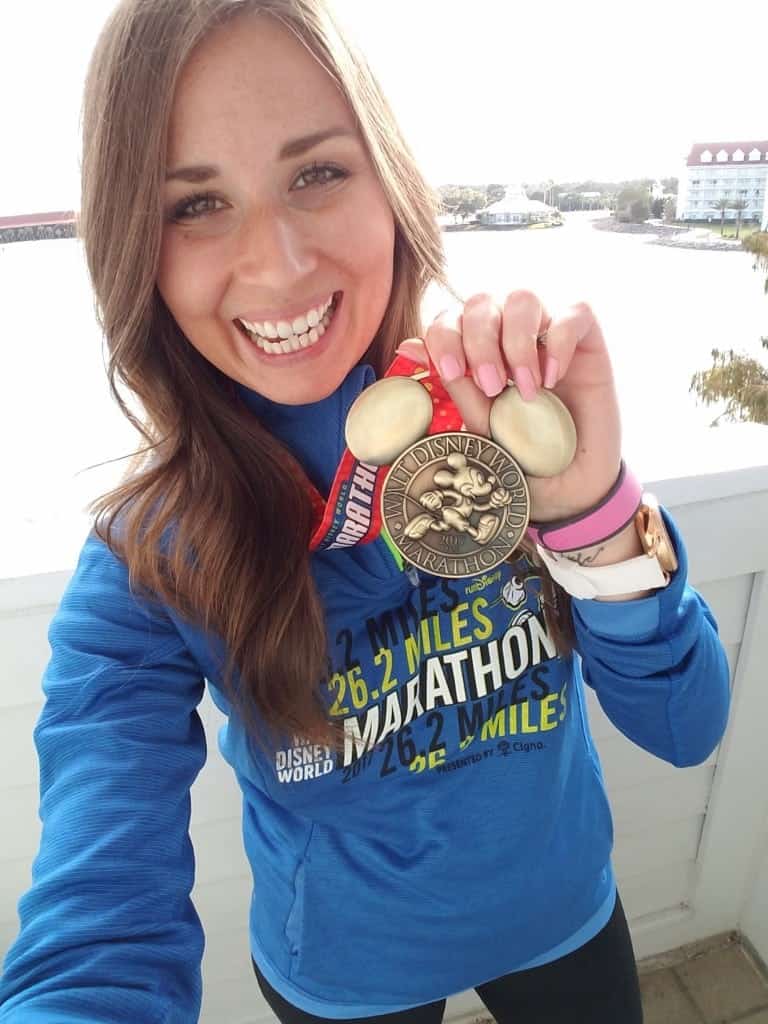 What to Say to a Friend Struggling With Infertility

I asked Angela for advice on what I can say to friends, because I’m the worst with this. Do I bring it up or should I pretend like everything’s okay? Is it insensitive for me to post baby pictures online? Seriously, I just don’t want to make anyone feel bad.

Angela suggests asking how they are doing. Even saying, “I don’t know what to say,” or “It sucks.” You don’t know how they’re feeling, so please don’t say, “You’ll get through it.” Sometimes you just don’t want to hear it. Some days will be good and some will be bad.

Angela and her husband also find joy in their pets. They have adopted 3 dogs and a cat. It helps fill the void, and they have extra love to give. She is a big fan of helping out.

Thank you so much to Angela and Cigna for giving me the opportunity to interview her! Congratulations on your marathon! Angela’s light shines so bright and has inspired me to be a helper and to have a more positive attitude in adversity. The world needs more Angelas.

Next →
Must-See Disney Movies in 2017
Click here to cancel reply.

I love her! I wish I could have met her!! She is my people in SOO many ways, and I wish I would have had someone like her around to help during our infertility struggles. It is SO SO important to have support and while I was silent for a while- opening up my story was one of the MOST freeing and helpful things I could have done during that time.

She's so great! That's why she wanted to share her story, so she could help other people. Both of you are very brave, and I admire your strength!