Running Universal’s Epic Character 10K was the most fun I’ve had running a race in a very long time. With one of the best 10K courses for fun and Harry Potter everything, smaller race crowds, and an overall organized race, I really hope Running Universal keeps up their race series, because I would 100% run it again! Check out my Running Universal 10K Recap to see if this is the race for you.

Thank you, Universal Orlando, for hosting my daughter and I to try out this new race series! All opinions on my non-Muggle status are my own.

Running Universal had previously done a 5K race in Universal Studios Hollywood. Now it was Universal Orlando’s turn, but they added a 10K course! Immediately I wanted to run the race, but I wanted to know the course first if I was going to run the 10K.

I knew that Universal was set up like Disneyland as far as having two parks very close together, so I was crossing my fingers, there was going to be double the Harry Potter running through Universal Studios and Islands of Adventure.

I’ve run a ton of runDisney events, and I had never run with any of my kids before, so I asked my 13-year-old if she wanted to run with me. A trip to Universal Orlando Resort? She said yes without hesitation!

300 points for Gryffindor for the Running Universal 10K course! As soon as I saw the course maps, I knew this was the race I wanted to run. It reminded me of Disneyland races – tons of park time!

Listen, this is why I’m going to pay extra for these races – to run through the parks and character photos. You can absolutely PR and run a great race if that’s what you want. That’s just not what my goal for this race was. I wanted to have fun with my daughter and show her just how great running can be.

The Epic Character 10K course started in Islands of Adventure and continued to Universal Studios! So yes, we did get Hogsmeade and Diagon Alley, and I might have shed some tears.

Since I was considered media, I picked up my bib in a different location, but I went with my friend Sarah to pick up her bib. Bib Pickup was located in the area where the Blue Man group performs. The entrance was in CityWalk in the middle between the entrances of Universal Studios and Islands of Adventure.

Once you entered they had a couple of tables and a tent with race merchandise like shirts, jackets, water bottles, hats, etc. Some of it was really cute! They didn’t have any children’s sizes, but my daughter fit into an XS sleeveless hoodie, so I bought her one, and she loved it!

Bib Pickup was super easy and relaxed. They had a table with waivers if you forgot yours, and they even offered on-site registration. This would have been great to know ahead of time, because I had people asking if they could still register once those course maps came out, and they missed the deadline.

It was really nice not to have to set my alarm at 2:30 a.m. to wake up. The race started at 6:15 a.m., and my daughter and I were staying at Sapphire Falls, a Universal Orlando Resort hotel, so technically we could have walked if we wanted to.

However, it was chilly and windy that morning, so we opted for the bus. We waited about 15 minutes around 5 a.m. That was plenty of time and we could have even pushed it longer, but we didn’t want to risk being late. Everything’s so close, we made it in 5 minutes.

There was one stand open where the buses drop you off into the parking lots for the race start – they had muffins, drinks, bananas, etc.

As you walked through the parking garage, they had plenty of port-a-potties.

There was a small stage with a couple of announcers and music, and even a character or two! While the fanfare wasn’t anything enormous, it was enough, and a good way to start the race.

Corrals were separated into elite runners and Corral A, but then you basically had the choice to go into Corrals B or C. They were separated by 5 minute intervals.

The Running Universal 10K course was so fun, because of the course itself, and because there were so many character stops!

Characters we saw on the Running Universal 10K Course:

Puss in Boots from Shrek

Scooby Doo and Gang with the Mystery Machine

Sideshow Bob and Krusty the Clown from The Simpsons

Hashtag the Panda from The Tonight Show

Since we ran through Hogsmeade and Diagon Alley, we got to take pictures backstage and along the course.

Are Running Universal Races Worth it?

The weather started out chilly, but it turned into a great running weather day. Are Running Universal races worth it? Absolutely yes! My daughter and I had the best time running together!

The smaller size of this race was so refreshing, and I know I keep harping on the course, but it’s well worth it. Sure, there are some things that can be improved like better communication, maybe some more race merchandise, and fans and support on the course were lacking.

No cheer squads were allowed on the course.

But there was plenty of water, bathrooms, and characters. The medals were cute (they could have been a little heavier), and the snack boxes were good.

I am really hoping Universal Orlando has more races! I’ll be the first to sign up. 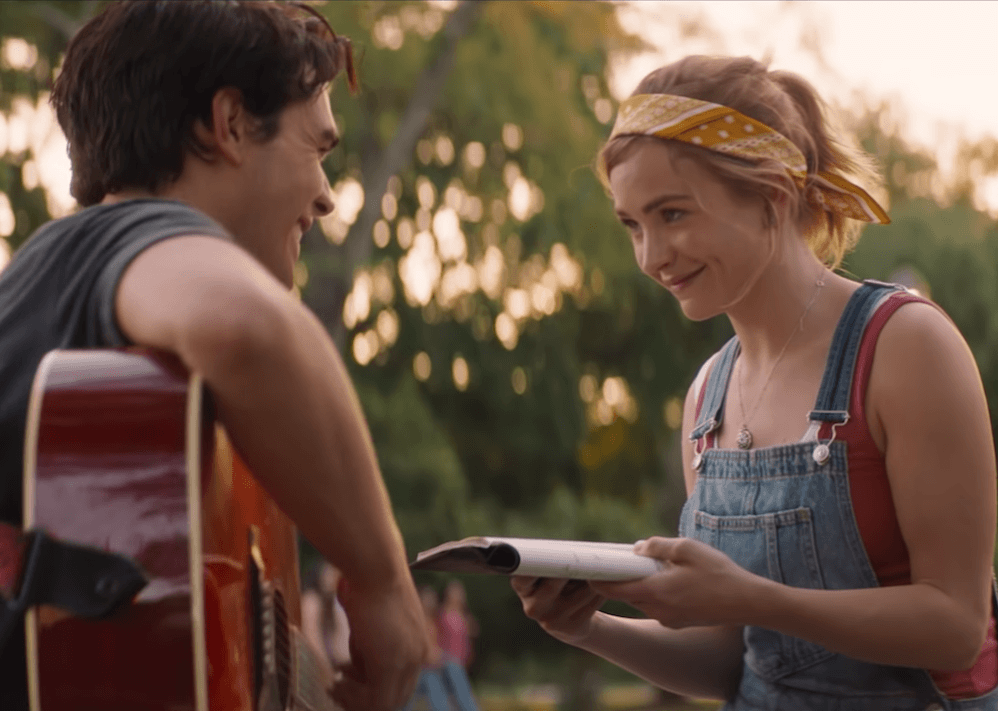 ← Previous
20 of the Best I Still Believe Movie Quotes