Is The Mitchells vs. The Machines Kid Friendly? Parents Guide 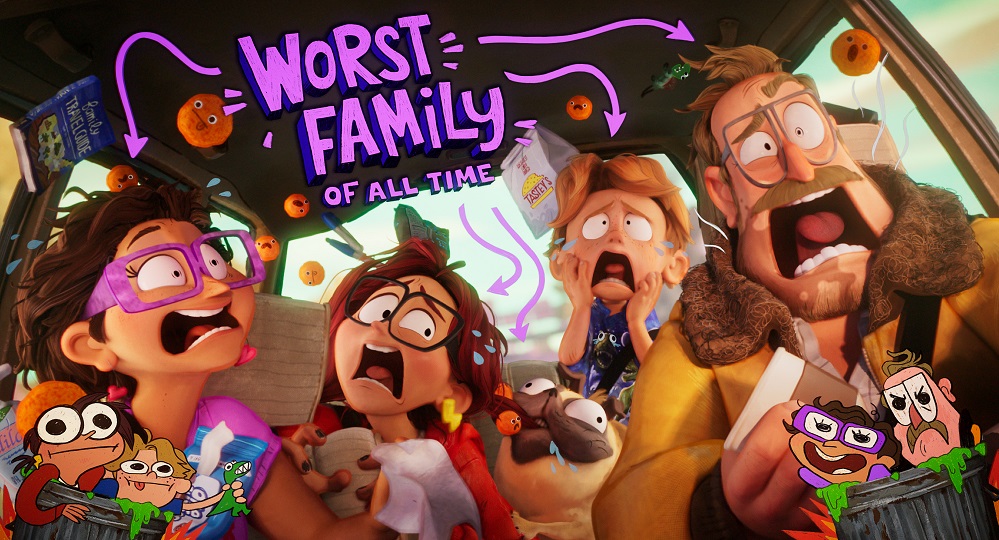 Is The Mitchells vs. The Machines Kid Friendly?

Teenager Katie Mitchell (Abbi Jacobson) has always loved making films since she was a little girl, but her dad, Rick (Danny McBride), never seemed to appreciate her talents and passion. Often looked upon as weird, Katie is excited to leave for film school where she can finally meet “her people.” However, her excitement is quickly dwindled when her father decide that the whole family is going to drive cross country to drop Katie off at school. Oh yeah, and there just happens to be a Robot Apocalypse going on that they learn about while on the road.

When robots decided to capture all the humans, The Mitchell Family is the last family standing and it’s up to them to save humanity. The Mitchells vs. The Machines is brought to you by the same humans who brought you Spider-Man: Into The Spider-Verse and the LEGO movie, and the quality is just as high, and the wit just as sharp.

There is no profanity in The Mitchells vs. The Machines, and I think one use of “butt” and some “idiots.”

There is some animated action with robots wanting to destroy humanity including explosions, lasers shooting things, and an evil mind who is heading up the whole destruction. The comedic violence can be a little much.

Katie and Rick’s relationship is strained in typical teenage/parent ways. 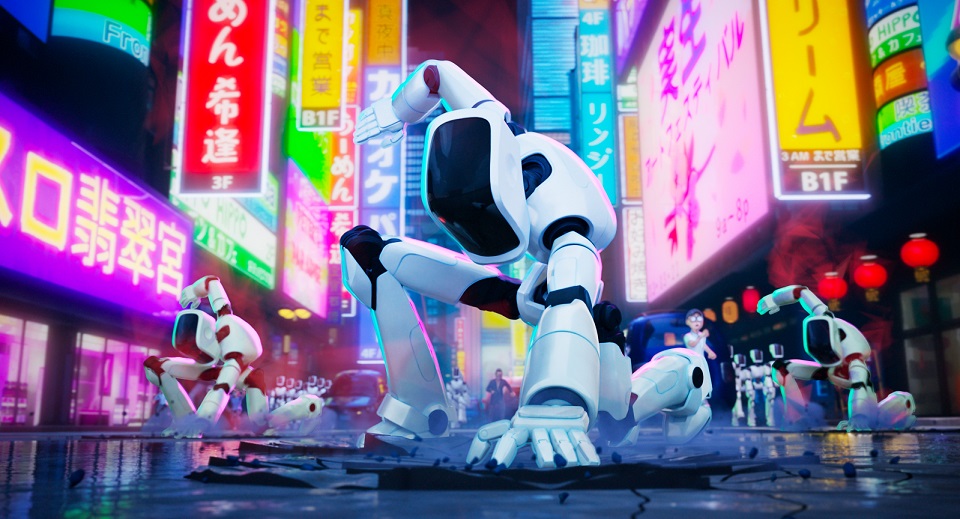 Is The Mitchells vs. The Machines Appropriate for Kids Under 8?

Some of the humor may go over their heads, but the understated sarcasm and wit thrown in is why they didn’t have to put a million fart jokes or revert to profanity for forced laughs. This film is funny. I often found myself laughing out loud, and dang if Monchi, the family’s pug dog, doesn’t steal the show.

While there may be familiar topics and ideas, The Mitchells vs. The Machines feels different, and that’s what makes it so good. The decision to mix 2D and 3D animation is brilliant. At times, I even got a Lizzie McGuire vibe. You often see the world from Katie’s point of view through her films, and I liked the bounce back and forth.

My major complaint is the length of the movie. Although entertaining, almost 2 hours is too long for an animated film. There were parts that could have been condensed, and sometimes simplicity is best.

The Mitchells vs. the Machines does capture the emotional vulnerability between teenage daughter and father, and the moments that can cause rifts but also lead to healing. Talking to teens can be frustrating, and Katie’s point of view may be refreshing for the teen side of miscommunication. Plus we get some lessons on living harmoniously with technology and being able to connect.

With plenty of laughs and silliness, little ones will have enough to mostly keep their attention, and there’s the right amount of sophistication and goofiness to appeal to adults and teens. One of the best family movies I’ve seen, The Mitchells vs. the Machines is for the weirdos, for the kids who have been called weird, and for the ones who underestimate us. Now if you excuse me, I’m off to plan a family road trip. 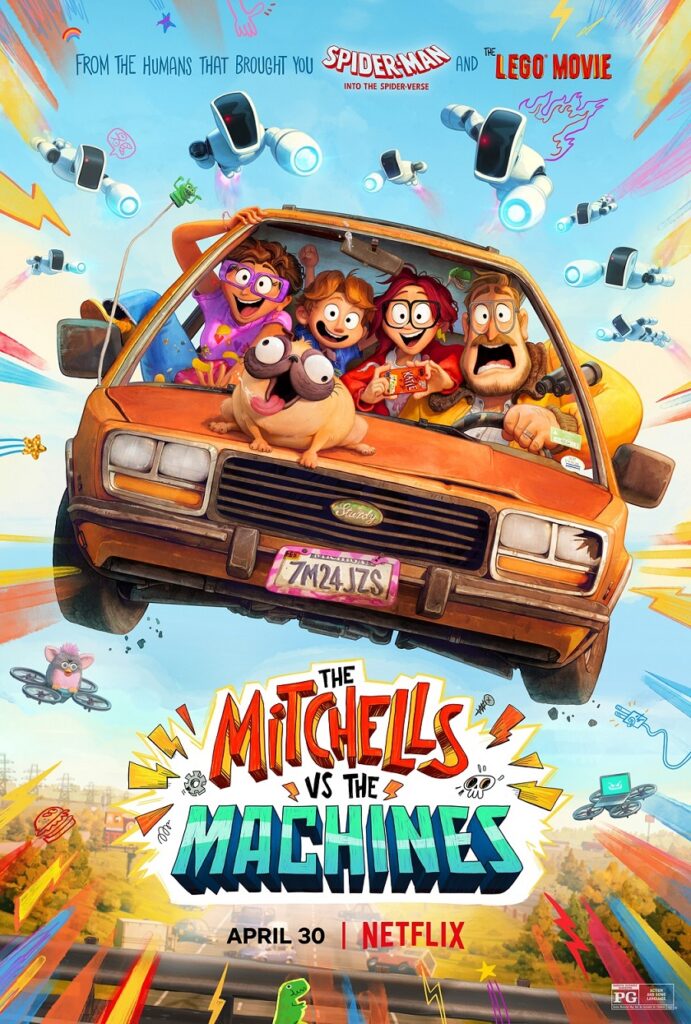 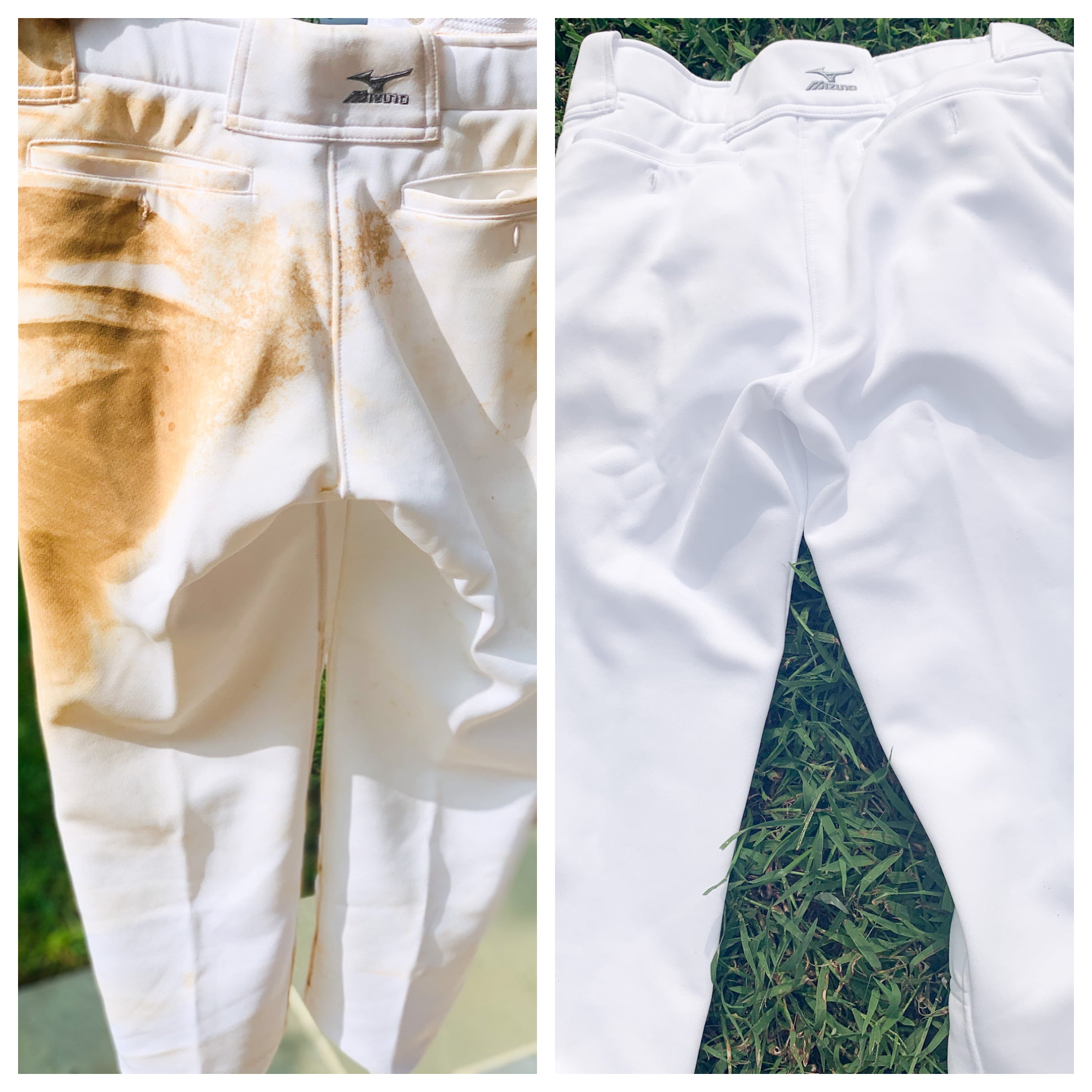 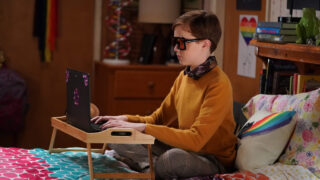 Next →
The Conners Tackles Virtual Learning and Inequality
Click here to cancel reply.

This one looks like fun and we're turning to Netflix more often for family movie nights.

Best The Mitchells Vs. The Machines Quotes on Netflix - Lola Lambchops