The Army Ten Miler Expo was at the D.C. Armory. We went on Friday mid-morning, which was a great time to go! Parking was easy, the expo wasn’t too crowded, and we were in and out. Well, we did have to get a picture with 2016 Olympic Silver Medalist Paul Chelimo and do a bit of shopping.

The morning of the race was cold, windy, and cloudy. It even was raining on and off, and I was nervous. I’m not a rain runner. I always think of wet socks and blisters.

We parked at the Fashion Centre at Pentagon City. Here’s an Army Ten Miler Parking tip: Park on the very top level, because they leave that door open to the bathrooms, so we were able to use a real bathroom before the race.

Race time was 8:00 a.m., and we started walking to the corrals around 7:15 a.m. It was about a 10-ish minute walk. We had plenty of time to bag check, which was not really a smart idea to use. More on that later.

I wore shorts and a Sparkle Athletic Skirt and a short-sleeved shirt. I also had on a throw away long-sleeved shirt, a poncho, and a runDisney space blanket. Yup, I’m a wuss, but I was glad to have all of that in the corrals. I was cold.

Luckily it was only sprinkling at the start, but that wind. They couldn’t have people parachute down to start the race like they usually do, but it was cool to see the helicopters flying overhead.

The race started, and we were in corral F, so we started about 8:30 a.m.The Army Ten Miler race course itself was beautiful. The runners and crowd were supportive, and it was inspiring to see all the dedications on runners’ shirts to fallen soldiers and to see Wounded Warriors running. That’s what kept me going.

Amy and I decided to do a 3:00/:30 run/walk interval. We ran the first mile just to get some space to walk. The scenery was gorgeous as you run around monuments and through D.C. You do sometimes run through not-so-pretty streets, but really the morale of the other runners fuels you.

I was grateful for the cold as the race went on. I shed my long-sleeved top, and the wind was sometimes hard to run against, but it was much better than running in the sun and heat. As I looked at my Garmin, I was surprised to see that I might actually PR this race.

So we kept on running. Water stops were plentiful, and there were a few real bathrooms along the route around the monuments. We didn’t stop at all to use the bathroom during the course.

At one point, poor Amy said she needed to, and I looked at her, and said, “I might PR, just pee on yourself.” So maybe I shouldn’t have stopped to take pics at the monuments. Sorry, Amy!

My longest training run was 7 miles before this race. I had low expectations and really just wanted to finish injury-free. I don’t know if it was the weather that helped, but we were averaging around a 10:30 per mile pace. It felt comfortable until around mile 8. Here’s where I had to dig deep, and just keep going. The bridge is a killer when you just want to be done.

My Garmin had us running 10.4 miles, so our pace was slower according to final race results. I was a bit disappointed when I only PR’ed by 1 second! But it’s still a PR, so I’ll take it.

We received our finisher coins and our snack kit, water or Gatorade, and a banana.

After the race, you can either walk back to the starting area by the Pentagon or take a trolley. The trolley line was long, and there were about 6 lines. I can’t remember exactly. It took a good 30 minutes to get on a trolley, and the bag check is not near the finish line or the reunion area. We had checked jackets, because it was cold, but we couldn’t get to the jackets anytime soon! We didn’t receive any space blankets at the finish either, so I was freezing! That’s my one and only complaint.

Everything else went pretty smoothly. Next time I would just choose to walk to bag check, even though it’s kind of a lengthy walk. I don’t know why I thought that bags would magically appear at the finish.

Check the weather and be prepared to run in all conditions. In 2016, it was cold. In 2017, the weather was HOT! You just never know.

The Army Ten Miler does not offer race deferrals. I learned that the hard way.

However, the Army Ten Miler does offer a legal online transfer program.  Please note it has a cutoff date. I also learned this the hard way.

I registered for the 2017 Army Ten Miler with friends and then neither one of them could do it. I didn’t know about the online transfer program until a few days before the last day (which is in August). So, they were able to sell their bibs, and I ended up eating the cost of mine, because I missed the deadline. There is a $25 transfer fee, that either you or the purchaser can be responsible for.

The 2018 Army Ten Miler transfer program opens on June 5 and closes on August 28. AUGUST 28th, people. And don’t wait until the last minute like I did, because sometimes the back and forth communication takes a long time on the buy and sell boards.

The Army Ten Miler is very popular and does sell out. It is nice to be able to buy a bib, though, if you miss registration. Overall, I loved the Army Ten Miler, and my finisher coin! No medals here, and I did not care one bit. I’m adding this to my race repeat list! 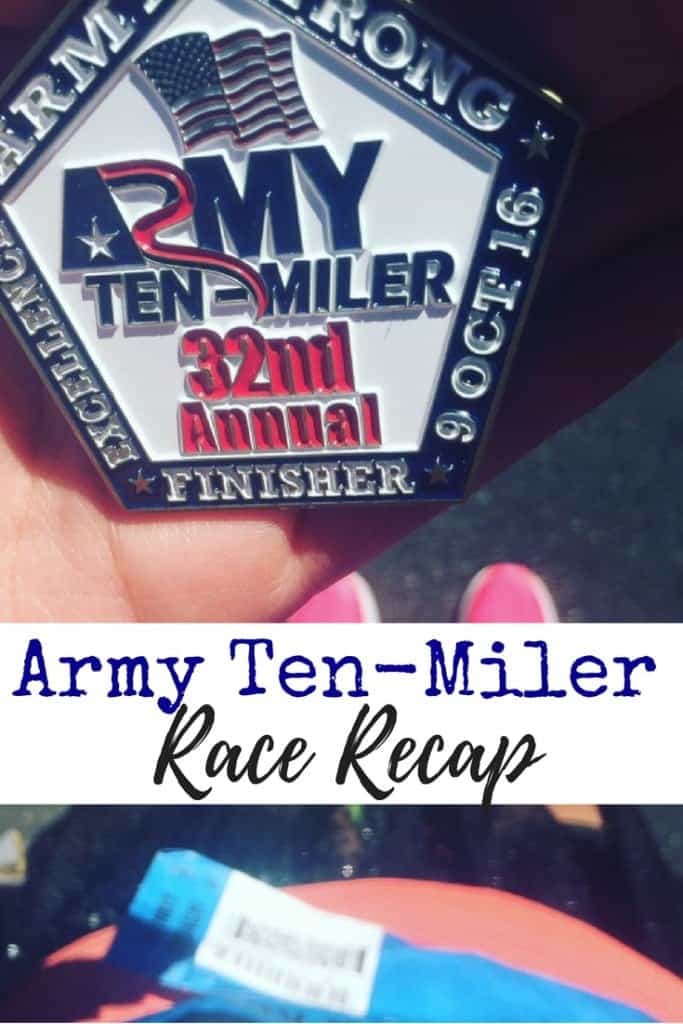 What I Learned By Not Running in May
Categories: Running 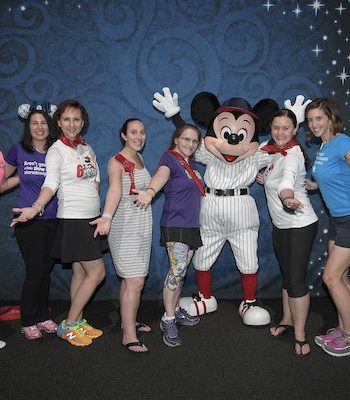 Email me at lol[email protected]