I don’t know about y’all, but I was hanging on every word of ALL the announcements coming out of D23. The panels looked incredible! From animation to live-action to Disney Parks news, it was exciting! If you thought Pandora – The World of Avatar was incredible, hold on to your hats, because Walt Disney World has all kinds of awesome coming their way. Here are my favorite announcements on what’s new at Disney World and what’s coming in the future.

They finally announced an opening date for Toy Story Land – Summer of 2018! I can’t wait. Disney’s Hollywood Studios has been going through changes, and I’ve been waiting for the dust to clear. 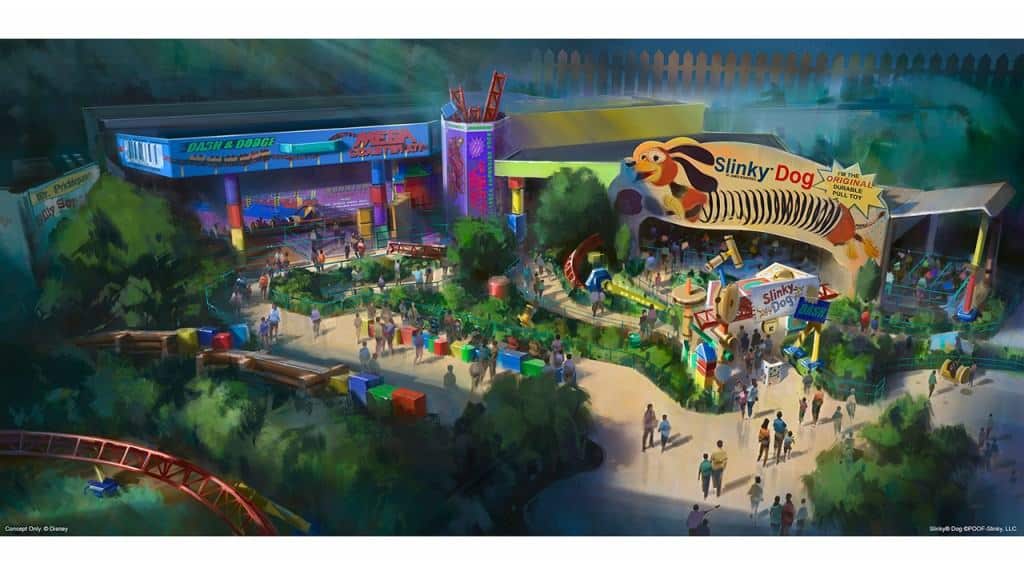 Toy Story Land will include two new attractions!  Slinky Dog Dash will be a family coaster attraction where you’ll zip, dodge and dash around many turns and drops that Andy has created to make Slinky stretch his coils to the limits. I love the family coasters!

Alien Swirling Saucers is designed as a toy play set that Andy got from Pizza Planet, inspired by the first “Toy Story” film. Aliens are flying around in their toy flying saucers and trying to capture your rocket toy vehicle with “The Claw.” Pizza Planet was my family’s favorite quick-service dining location in Disney’s Hollywood Studios, so I’m happy they are bringing back a nod to that theme.

Star Wars: Galaxy’s Edge will gain two new attractions! One attraction will make you feel like you’re on a Star Destroyer inside a hangar bay. The second attraction will give guests the opportunity to fly the Millennium Falcon! How awesome is that?! You’ll pilot the ship, shoot blasters or prepare for hyperspace – all while completing a critical mission.

Guests will also encounter some of their favorite Star Wars characters inside Star Wars: Galaxy’s Edge, including BB-8, Chewbacca, members of the First Order and Rex. I. Can’t. Wait. 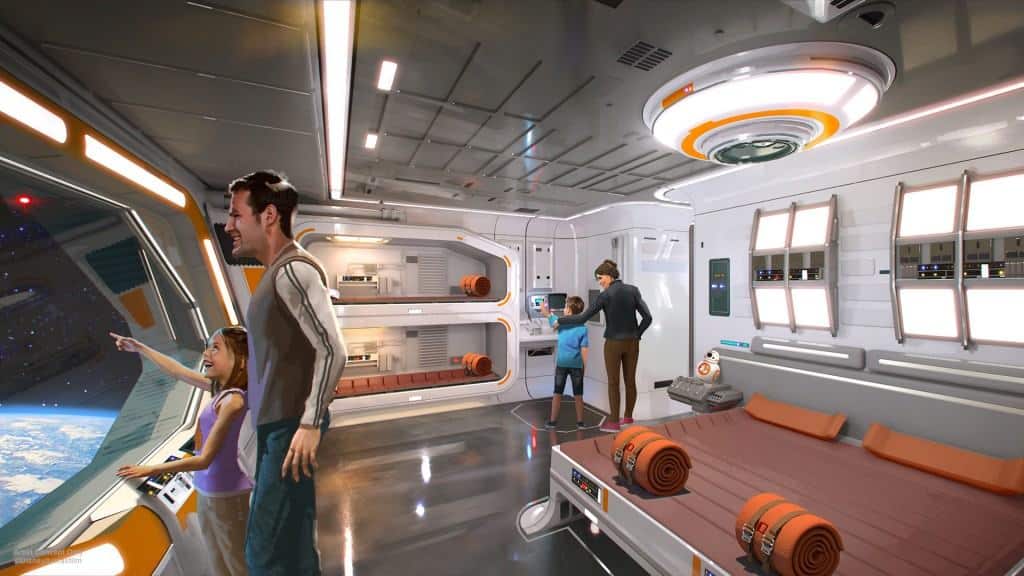 Bob Chapek, Chairman of Walt Disney Parks & Resorts announced the plans for this new hotel at D23. He said, “It’s unlike anything that exists today.” “From the second you arrive, you will become a part of a Star Wars story! You’ll immediately become a citizen of the galaxy and experience all that entails, including dressing up in the proper attire. Once you leave Earth, you will discover a starship alive with characters, stories, and adventures that unfold all around you. It is 100% immersive, and the story will touch every single minute of your day, and it will culminate in a unique journey for every person who visits.” Like I said, take all my money.

I’m especially giddy about this announcement! Even though I’m not a huge thrill seeker, I’ve seen the pics of Tron at Shanghai Disneyland, and I’ve been envious of those cool lightcycles. Well now Tron is coming to Magic Kingdom next to Space Mountain!!

TRON Lightcycle Power Run attraction at Shanghai Disneyland is a coaster-style attraction where riders board a train of two-wheeled Lightcycles. Bob said the plan is to open the Tron attraction in time for Walt Disney World’s 50th anniversary in 2021. So we’ve got some time to wait, Tron fans, but I have a feeling it’ll be worth the wait. I also love the location next to Space Mountain.

So you may have noticed Epcot is a little attraction light. I adore Epcot for other reasons (cough, food, cough), so I’m really excited for a Guardians of the Galaxy attraction and a Ratatouille attraction!

A Disney•Pixar’s “Ratatouille”-inspired attraction will also be added to the France Pavilion in World Showcase. The attraction will expand the pavilion. Similar to the 4-D attraction Ratatouille: The Adventure that opened in Paris in 2014, guests will be able to shrink to Remy’s size and scurry to safety in a chase across a kitchen with the sights, sounds and smells of Gusteau’s legendary Parisian restaurant.

Both of these attractions should be open in time for the 50th anniversary of Walt Disney World Resort in 2021.

Also announced at D23 was details for the first Mickey-themed ride-through attraction, Mickey and Minnie’s Runaway Railway! A little sad panda, because it’s replacing The Great Movie Ride (which closes August 13, 2017), but it looks really fun! And it’s about time Mickey got himself a ride. 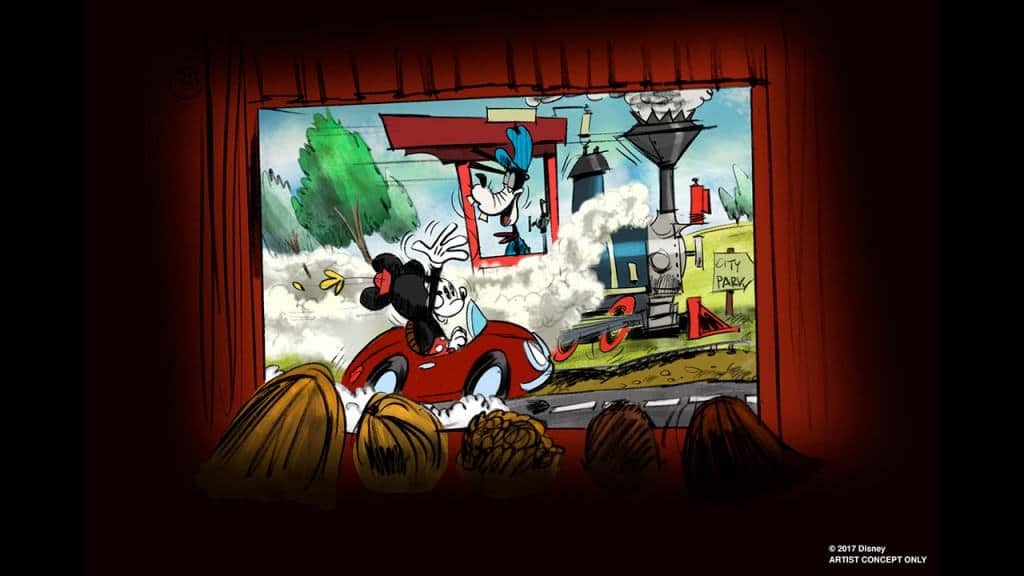 Mickey and Minnie’s Runaway Railway is inspired by the Disney Shorts shown on the Disney Channel. You’ll step through the movie screen and join Mickey and his friends. The attraction will put you inside the unpredictable world of a Mickey Mouse Cartoon Short where you’re the star and anything can happen. It will feature twists and turns and dazzling special effects.

What are you most excited about for what’s new at Disney World? 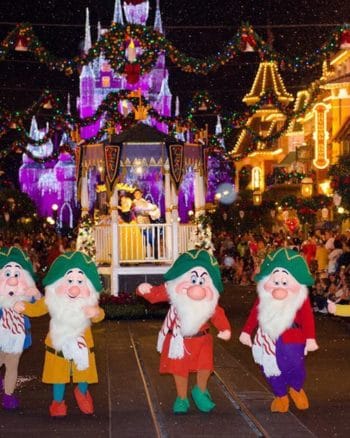 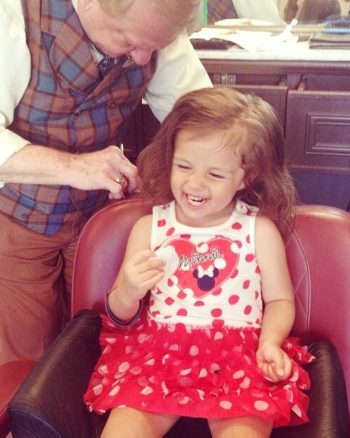 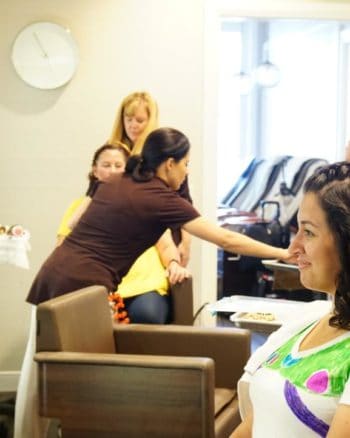