Home » Entertainment » The Void VR | Is Ralph Breaks VR Worth It?

Virtual reality was a world I had never ventured into before – well not like this! The VOID VR is unlike anything I have ever experienced. In fact, I didn’t know what to expect when we were introduced to Ralph Breaks VR – the love child of The VOID and Ralph Breaks the Internet. So, the real question, is Ralph Breaks VR worth it? Here’s what you can expect from The VOID VR and if it’s worth your hard-earned cash.

Thank you, Disney, for inviting me to Ralph Breaks the Internet Event and hosting this experience. All opinions on my lack of pancake shooting skills are my own.

What is The VOID VR and Ralph Breaks VR?

In teams of 4, guests will break into the internet with Wreck-It Ralph and Vanellope von Schweetz disguised as characters from the film called “Netizens” to play the newest, coolest video game ever. Ralph Breaks VR introduces two brand new locations, Dunderdome and Pancake Milkshake Diner, and a new antagonist, B.E.V., which stands for “Built to Eradicate Viruses.”

You are completely immersed in the world of Ralph Breaks the Internet.

What Can You Expect from Ralph Breaks VR?

Well, a whole lot of laughs and fun for one thing! You must be 10 years old to experience Ralph Breaks VR. There may be exceptions for children on the edge of the age requirements. There’s nothing scary or PG-13 rated, but you do wear weighted vests and helmets and pick up some VR guns along the way during the game. 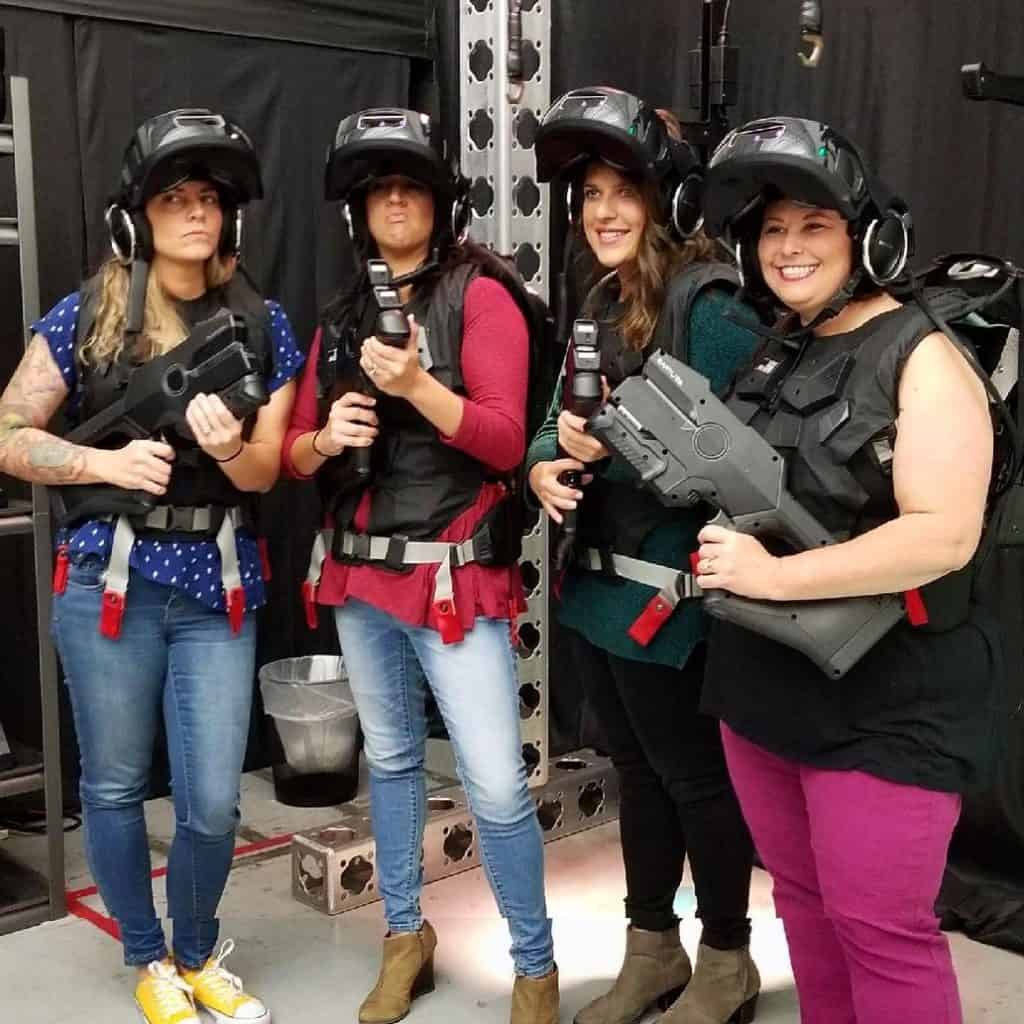 First, you choose what character you want to become. Once you step into The VOID VR, you become that character! It was so cool to look around and see my friends disappear and completely change into a cartoon. My character had a giant mustache, so I could hear my team laughing every time they looked at me.

Then you enter a whole new internet world. Have you ever imagined living in your favorite TV show or movie? Well now’s your chance. Everything around you is new. If you see a wall in the virtual reality, then you can reach out and feel a wall. It was the coolest, most trippy experience.

When I entered the Dunderdome, I felt like I was part of a real live Space Invaders type game. Then I felt hard core shooting pancakes and milkshakes at bunnies. Yeah, I said it. It’s the ultimate food fight!!! I almost did a barrel roll with my body until I remembered I wasn’t actually fighting bunnies and kitties.

I don’t think so. I’m prone to motion sickness and don’t like simulator rides, drops on roller coasters, things that spin, etc. This did not make me sick at all. Enjoy the experience and look all around you. You are completely immersed. I’m serious – completely!

Is Ralph Breaks VR a competition?

Yes and no. You work together, but you’re also competing! It’s all in good fun, of course, though I was a little salty that I came in last place in my group. My pancake skills are severely lacking. Apparently I’m better at eating them than throwing them. 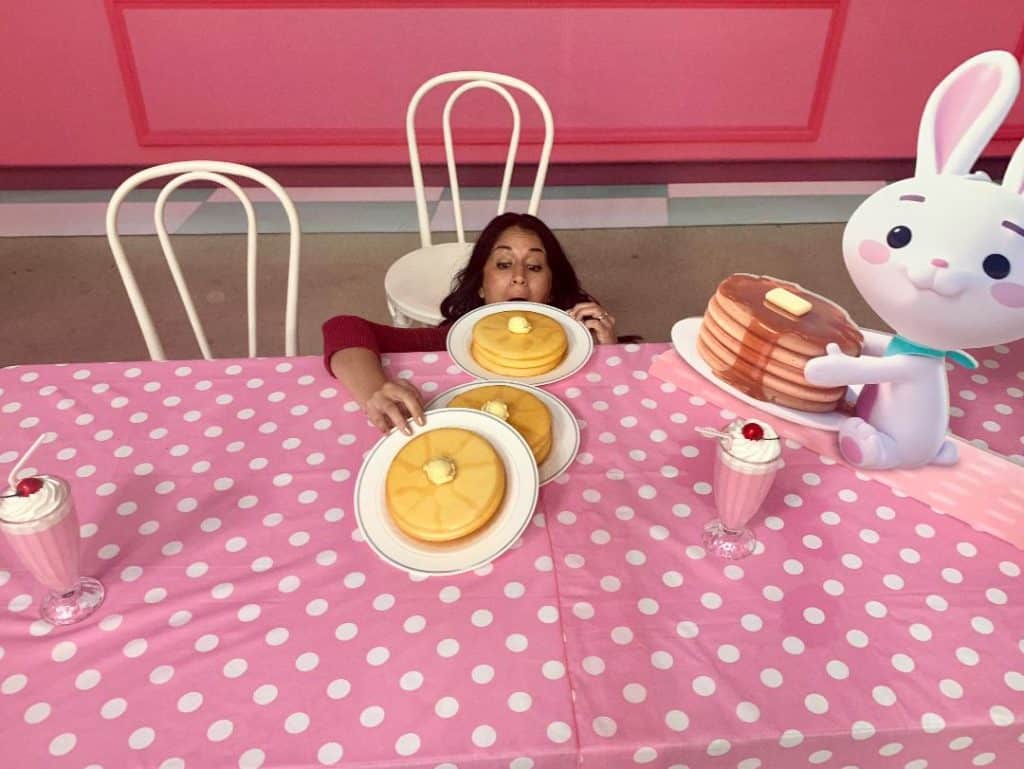 Check out this video and see what else you can expect from The VOID VR and Ralph Breaks VR.

Is Ralph Breaks VR Worth It?

The big question is whether Ralph Breaks VR is worth the money? If you’re a fan of virtual reality and/or Ralph Breaks the Internet or Wreck-It Ralph, then absolutely yes! It’s such a different experience, and one I can’t get anywhere else. It’s not like you put on some VR glasses and then pretend like you’re walking around somewhere. Your body is physically moving into different areas. It’s incredible! 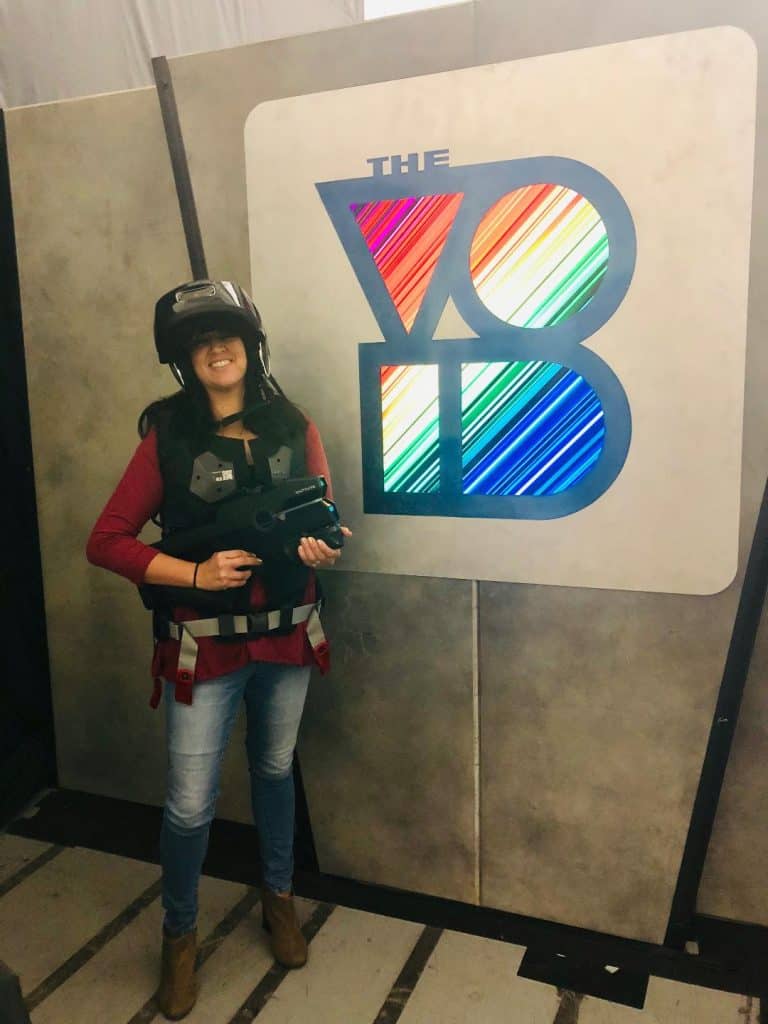 How much does Ralph Breaks VR cost?

Tickets start at $29.95 and can be purchased at TheVOID.com.

Where can I find Ralph Breaks VR?

THE VOID AT GRAND CANAL SHOPPES THE VENETIAN | THE PALAZZO ®
Las Vegas, NV

I’m so excited it’s going to be at Disney Springs in Orlando, because we’re headed to Disney World for vacation in December. This is absolutely a must-do on our list. If I’m willing to spend our vacation time and money to experience it, then it’s worth it. This is something fun to do before a Mickey’s Very Merry Christmas Party night when you don’t want to use a park day ticket.

Get your pancake shooting skills ready, because you’re going inside the internet, baby!

Also, here’s The Geekly Show’s reactions to our Ralph Breaks VR experience right after we exited the Ralph Breaks the Internet World. Enjoy! 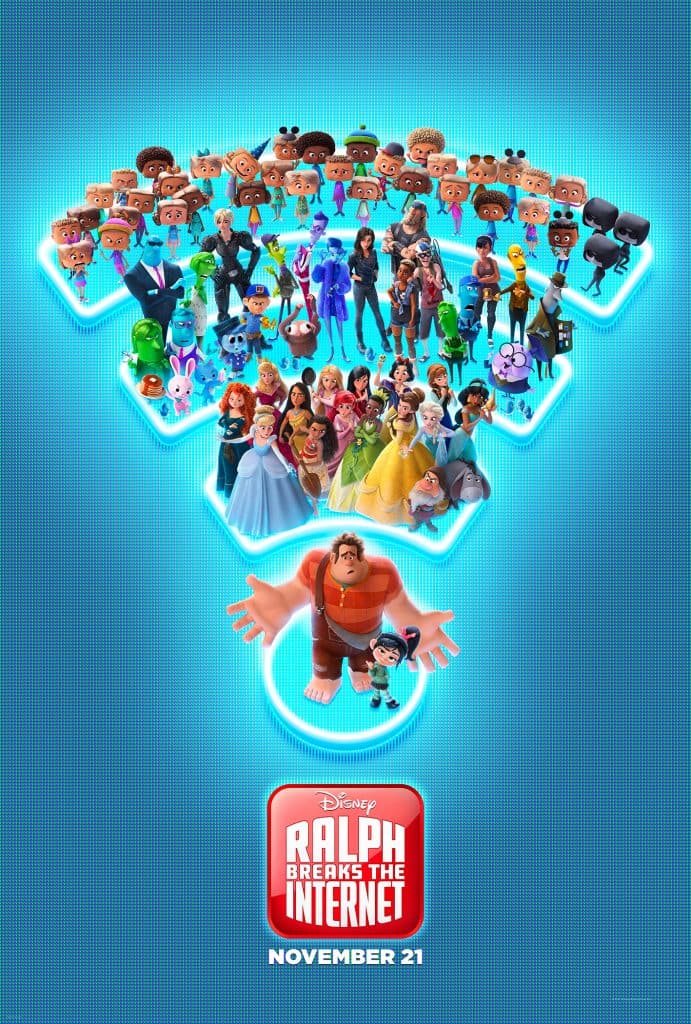 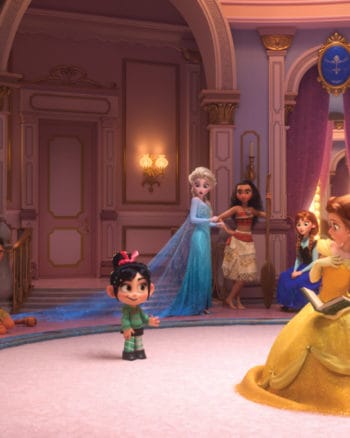 How Did THAT Princess Scene Make It in Ralph Breaks the Internet? | A Pamela Ribon Interview
Categories: Entertainment 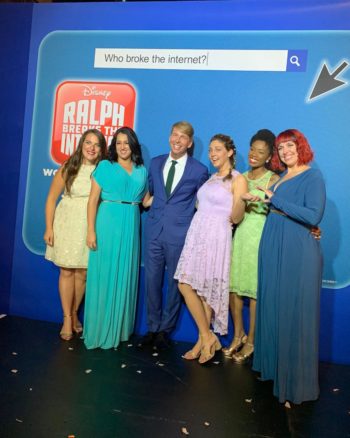 10 Disney Princesses Walk into a Bar and Other Tales from the Ralph Breaks The Internet Premiere
Categories: Entertainment