Wondering if Mulan is ok for kids? Disney’s live-action MULAN has been causing waves since it was announced. What? No music? WHAT? NO MUSHU? This is a more mature Mulan, a story about a warrior. Is Mulan kid friendly? Rated PG-13 for violence, the live-action Mulan will definitely be too intense for some kids, but it will also inspire a new generation. Here’s what parents need to know about the live-action Mulan streaming on Disney+ in this Mulan 2020 Parents Guide.

Don’t expect the animated Mulan when watching this 2020 Mulan live-action version. The story is similar in that Mulan is on a journey to find herself and become one of China’s greatest warriors. When the Emperor of China issues a decree that one man per family must serve in the Imperial Army to defend the country from Northern invaders, Hua Mulan, secretly pretends to be Hua Jun, a man, so she can serve instead of her father. She steals his armor and sword, and Mulan’s father is not happy about Mulan’s deception, but he cannot expose her, or their people will kill her for her dishonesty.

What ages should watch Mulan? I would recommend Mulan for ages 8 and up, but if your child can handle fighting, then I would say 6 and up. There is no bad language, but there is mature content. Here’s what parents should know.

1.This version of Mulan can be scary. Bori Khan is a mean villain and he enlists the help of Xianning, who he calls a witch. He doesn’t treat her well either. Xianning has some creepy birds that attack people, but it’s not over-the-top scary.

2. There’s no nudity, but there is one scene in which men have come out of the shower and have towels wrapped around their waists. One guy drops his towel, but you don’t see anything, but Mulan as Hua Jun shields her eyes. There’s also another scene where Mulan is bathing in a lake and you see her blurred out body from behind from far away.

3. Yes, there’s a lot of violence in Mulan, that’s why it’s rated PG-13. If your kids have seen Marvel movies, then this won’t be any worse. However, Mulan and her friends are in danger which may be tough for kids to watch. This is a movie about war, so there are battles, fighting, swords piercing bodies, arrows flying, men being shot off their horses with arrows, explosions, things on fire, etc. It is not the level of most Marvel movies for kids, but be aware, there is quite a bit of action/battles.

4. Should you let kids watch Mulan? Watching Mulan on the small screen does lessen the intensity. Children will want to watch Mulan if they love the animated movie. Having watched Mulan on the big screen at the premiere and on a good-sized television at home, the intensity decreases. And one positive is if things do get too heated, your child can leave the room or you can turn off the movie.

5. Girl Power. There may be some scenes where the feminists may cringe at certain lines and attitudes towards women, however, Mulan is a kick-butt warrior and is shown to be the hero she is. 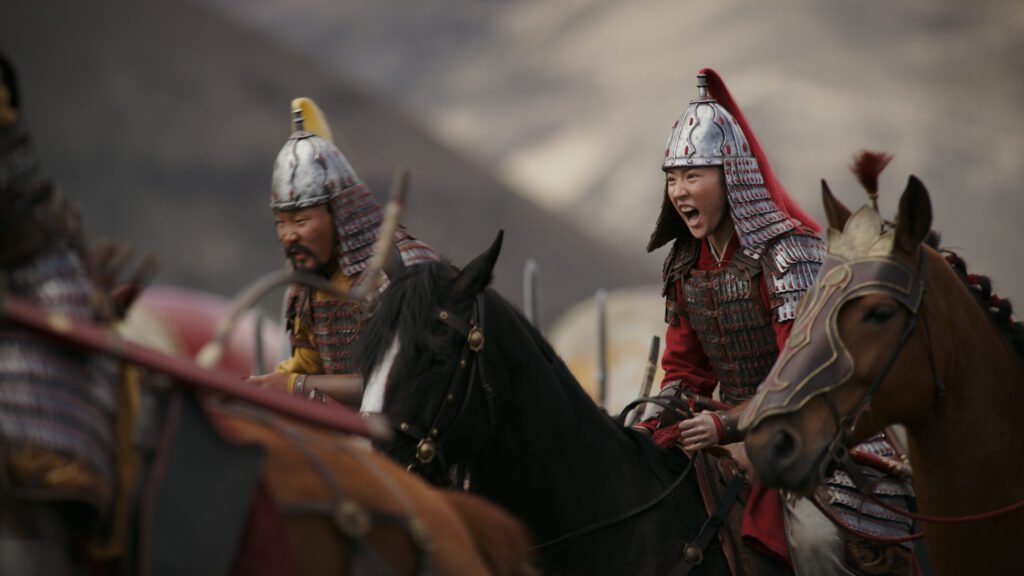 Am I paying $30 for my family to watch Mulan on Disney Plus? YES. I’ve seen it a few times already, and I’ll support the film, because the film is good, and it’s something my family can watch together.

First, the representation of Asian actors is so wonderful to see. If you’re tired of hearing about representation, then I imagine you grew up seeing people like you on the big screen. The international cast is incredible and so talented- Yifei Liu as Mulan; Donnie Yen as Commander Tung; Tzi Ma as Zhou, Jason Scott Lee as Böri Khan; Yoson An as Honghui; Ron Yuan as Sergeant Qian, Gong Li as Xianniang and Jet Li as the Emperor.

I felt like I got a look into Chinese culture. I want more stories about cultures I don’t know about, so I can learn more. The importance of family was so overwhelming, whether you agree with traditions or not.

Director Niki Caro did an excellent job capturing the humanity of Mulan, showing her as vulnerable, flawed, and incredibly courageous. The story, told by Mulan’s father, also shows the complexity of keeping with tradition while allowing your child to find her path as well as defining honor.

Loyal. Brave. True. Three virtues that are talked about often in Mulan’s story, this version teaches that there is no courage without fear. This is a film I am proud to show my daughters, one that shows women as more than enough, as someone who brings honor to all.

The visuals are breathtaking. The martial arts scenes are well choreographed. There is much to be loved in this film as long as you aren’t comparing it to the Disney’s animated Mulan. If you do, you will fall into the trap of wondering and wishing for those elements instead of watching with a clean slate.

Mulan’s father made mistakes, as parents do, trying to hide her gifts due to the judgment of others. It was touching to see a flawed story between father and daughter while humility and love reign supreme. My youngest daughter remarked that this time the dad was the nice one. We also need to see that in roles – tender fathers.

One of my favorite quotes from Mulan was, “One warrior knows another. You were always there, yet I see you for the first time.” No bumbling idiot father or one who is overly aggressive, Tzi Ma is superb as Mulan’s father.

So many things were done right, but one major criticism I have is that for all the work the writers and director put in to make an empowering story, once Mulan reveals herself after portraying Hua Jun, out comes the flowing, perfectly curled hair. She’s mostly dirty and smelly in camp, then comes the “beautiful” woman warrior.

She’s still tough, but the perfect hair struck me the wrong way, because once again, the woman has to be made up to be a worthy female. Perhaps it was to be a contrast against Hua Jun, but I wish her appearance was a little less Pantene commercial. The warriors I know that serve don’t curl their hair in battle.

No music, no Mushu, no problem. Don’t expect the animated Mulan and instead focus on the beautiful story of a father and warrior daughter who make mistakes and forgive each other. A bit stoic, Mulan does try to sprinkle in subtle humor, but don’t expect big laughs.

Mulan is a warrior and that warrior is a legend. She paves the way for confident girls brave enough to be their true selves. Here’s to the little girls that will grow up as warriors thanks to seeing themselves on screen. 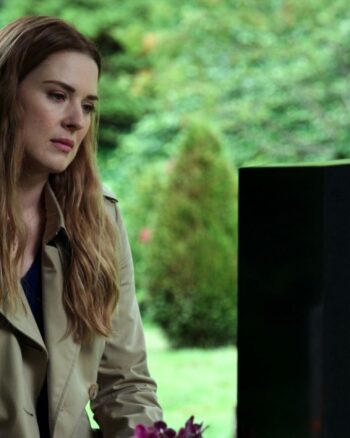 Meet The Cast of Godmothered on Disney Plus
Categories: Disney+