Home » Family » Why Elena of Avalor Matters to My Family

This is part of a sponsored collaboration with DiMe Media and Disney Channel. However, all opinions expressed are my own.

Latina princess. LATINA PRINCESS! That’s what flashed through my mind when I heard Disney announce the arrival of their first Latina princess, Elena of Avalor. I’m a huge Disney fan, obviously. I still get giddy when I meet the princesses at Walt Disney World and Disneyland. Plus I have 5 princesses of my own at home. And my oldest daughter’s middle name is Elena, after my grandmother.

However, Elena of Avalor, means something more to me. As a child I heard Spanish in the home. My parents would speak it to each other and to the kids. They are both from Bolivia, but my siblings and I were born in the United States. I am the youngest of four children, and quite honestly, was the most spoiled and stubborn. “Necia,” as my dad would say.

Whenever my parents would speak Spanish to me, I spoke back to them in English. I was embarrassed to be darker skinned, to be different. I just wanted to fit in and blend in with the crowd. When my abuelos were around, I prayed they wouldn’t say anything around my friends, because they only spoke Spanish. I wanted to be proud of my family, yet here I was a young girl who wasn’t confident enough to be so.

Fast forward many years when I became friends with other Latinas who were proud of their heritage. I also became more confident of who I was, more mature. I lived in Ecuador for a year and a half in college and loved those people with all my heart. I loved being a Latina. It only took me 21 years.

So when I heard the news of Elena of Avalor’s debut, I cried tears of happiness. Because maybe this would help my daughters not go through the same thing I did.  They will have a Latina role model. A character they can relate to that looks like them. Correction. One of them.

Only one of my daughters got my darker hair and darker skin. Although I think all of my daughters look similar, she does stand out a bit. And she knows it. At times I can see in her eyes that she wonders why she looks different. Other times I see how proud she is that she looks like her mother. It’s one of the things that bonds us together.

I can teach my daughters about confidence, loyalty, friendship, leadership, etc., all I want. However when there are characters they love that reinforce what I’m teaching them, that just solidifies the teaching.

So with the premiere of Elena of Avalor approaching, it was time to par-tay! We were all excited for the royal debut and had to bring out our best treats. 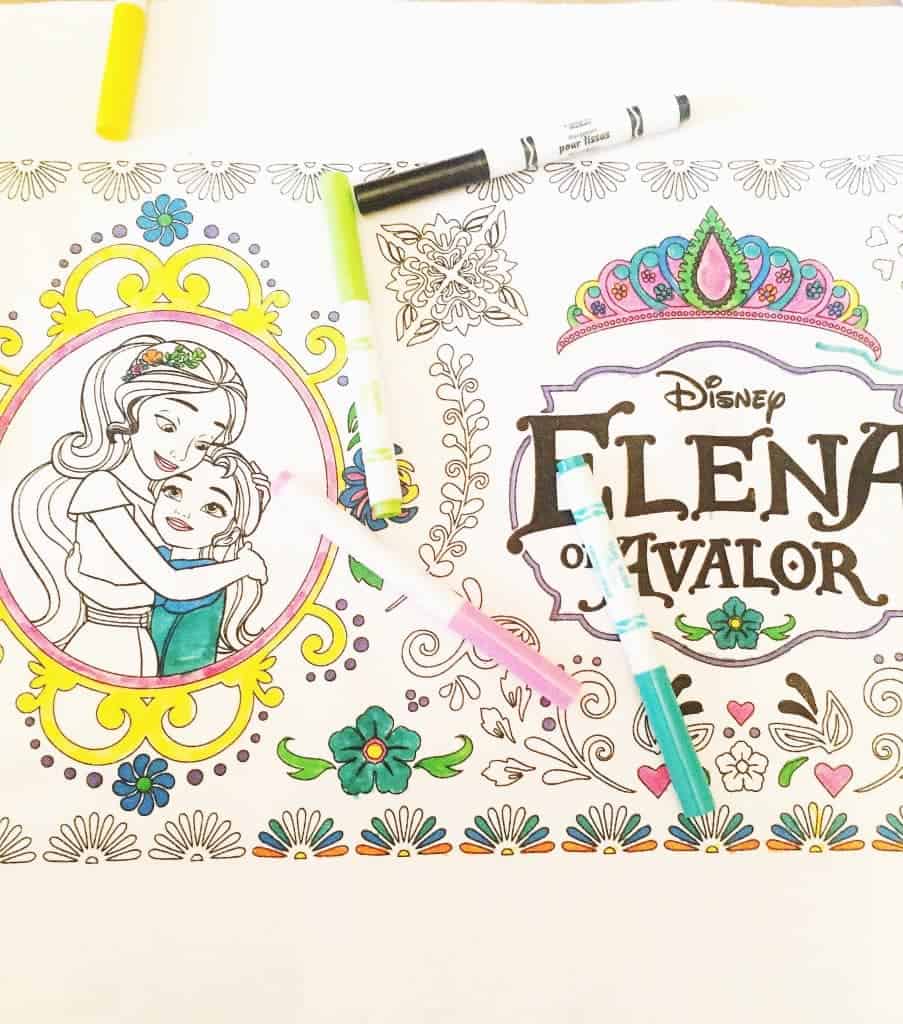 We loved the show! LOVED IT! Elena is a 16-year-old who has saved her magical kingdom, Avalor, from an evil sorceress and must now learn to rule as its princess. During the shows she learns of the characteristics she needs to rule her kingdom and to be a great leader. My girls were so excited when they learned a second show followed the premiere!

The colors and music are so fun and lively. All our party guests sat staring at the TV, because they didn’t want to miss anything. I loved hearing my daughters sing and hum the music throughout the house.

Afterwards, we talked about what qualities a good leader should have and what characteristics Elena has. They wrote down their thoughts.

These are all things I want to teach my daughters. These are all traits Elena exemplifies. A learner, creative, honest, a good sister, caring, fair, keeps promises, kind, and brave. And this was just in the first two episodes! I can’t wait to see what else she shows us.

Even though they don’t all look alike, all my daughters have Latina blood, and I want them to be proud of that. It’s not the outside that matters, it’s what’s on the inside, and everyone can relate to being a strong, great leader.  Bonus is that Elena of Avalor is a kick-butt princess. I love the self-rescuing types! Gracias, Elena. You matter a lot to this familia and many others. 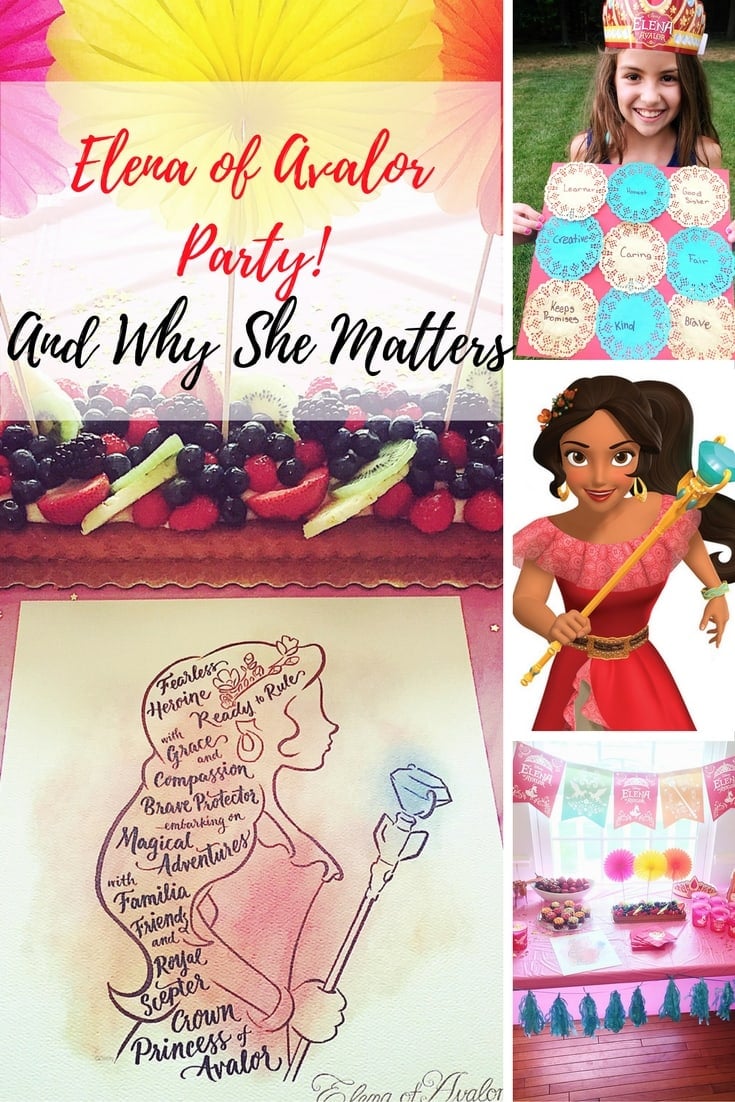