Looks like Valentine’s Day 2021 is another stay-at-home holiday. You’ll need some kid-friendly movies to watch with the kiddos that center on love but not too heavy on it.  Ranging from little ones to teens, we’re sticking with PG-13 movies or less. Here is a list of some of my favorite Valentine’s Day movies for kids and teens.

So most of these films may not specifically address Valentine’s Day, but some will. These are movies that can appeal to kids and teens for Valentine’s Day celebrations at home. Pop some popcorn, pass the Valentines, and make a delicious Valentine’s Day Dessert, because these rom-coms are gonna be good!

Check out this Valentine’s Day Movie list for teens!

I know, I know. This one made my New Year’s Eve Movies for kids list, too. It’s just so good, and one of the first Disney Channel musicals to start off the trend. It even inspired a spinoff show on Disney+, High School Musical The Musical The Series which stars Olivia Rodrigo and Joshua Bassett. Driver’s License drama, anyone?

High School Musical is fun, involves a little romance, and is a hit in our house ranging from my elementary school kids to my teens. It’s kid friendly and is Disney-fied, so you won’t have to worry about bad language. You can stream High School Musical on Disney+.

The Princess Bride is a classic. Some parts may be a little scary, and there is some language like son of a bit–. But Westley’s and Buttercup’s love story spans the ages. It’s a fairy tale adventure about a beautiful young woman and her one true love. He must find her after a long separation and save her while battling the evils of the mythical kingdom of Florin to be reunited with each other.

To All the Boys I’ve Loved Before

This teen flick was a hit the moment it landed on Netflix. Based on a series of books by Jenny Han, Lara Jean’s love letters that were never meant to be read are exposed and accidentally sent. The movie is super cute and is rated TV-14. This is for the tween/teen crowd.

There is some language and some mature content that involves a hot tub scene with some making out. You can watch To All the Boys I’ve Loved Before on Netflix.

What’s a holiday movie list without a Gary Marshall movie? Typical ensemble cast and not-so-great movie, but it fits the theme, so some people like it. I’d save this one for older teens as there is language and mature content. And it does have Taylor Swift.

Valentine’s Day is rated PG-13. In a series of interconnected stories, various Los Angeles residents (Jessica Alba, Jessica Biel, Bradley Cooper) wend their way through the highs and lows of love during a single day. As the holiday unfolds, they experience first dates, longtime commitments, youthful crushes and connections to old flames.

You can rent Valentine’s Day for $2.99 on Amazon or it’s free on Hulu Premium.

Another story about true love, Enchanted is just too good. In the fairy-tale land of Andalasia, Giselle frolics with her woodland pals, and falls in love with the handsome Prince Edward, but when Giselle arrives at the castle to marry her Prince Charming, his evil stepmother sends the princess-to-be to a place where there are `no happy ever afters’: New York City.

Starring Amy Adams, Patrick Dempsey, and Idina Menzel, this movie/musical is another one that appeals to kids and teens. Amy Adams is super likable, and how can you resist Dempsey’s smile? Enchanted is rated PG and you can stream this on Disney+.

“I’m just a girl standing in front of a boy, asking him to love her.” One of the most romantic lines ever comes from Notting Hill starring Julia Roberts and Hugh Grant. When the famous actress, Anna Scott, comes to film a movie in England, she happens to run into William Thacker, a bookstore owner. However, can their lifestyles really mesh when the paparazzi is always hounding her? After all he’s average, and she’s a glamorous movie star.

Notting Hill is rated PG-13 and does have language in it plus some sexual content, but no nudity. I’d recommend it for teens and older. If you like that British humor, this one’s for you.

You can rent Notting Hill on Amazon for $3.99

Yup, another one on my New Year’s List, but they’re supposed to meet at the Empire State Building on Valentine’s Day! Plus there’s a giant heart on it. How cute is that?

After the death of his wife, Sam Baldwin (Tom Hanks) moves to Seattle with his son, Jonah (Ross Mallinger). When Jonah calls in to a talk-radio program to find a new wife for his father, Sam grudgingly gets on the line to discuss his feelings. Annie Reed (Meg Ryan), a reporter in Baltimore, hears Sam speak and falls for him, even though she is engaged. Unsure where it will lead, she writes Sam a letter asking him to meet her at the Empire State Building on Valentine’s Day.

Sleepless in Seattle is rated PG, but there is some language and talk about death of a loved one. There is also a scene where the father talks about getting laid.

You can stream Sleepless in Seattle with a Premium Hulu Subscription, Sling TV, or on Starz. 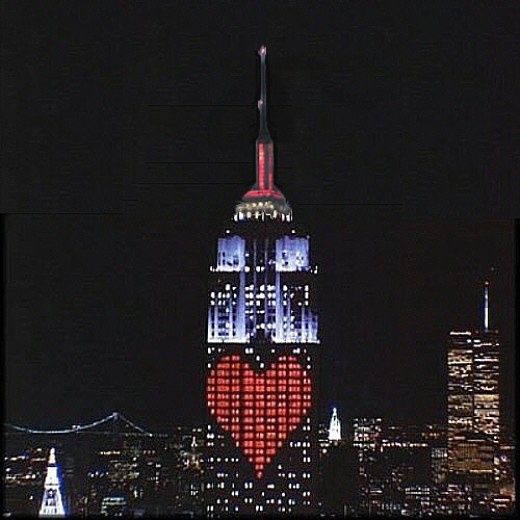 And if romantic movies aren’t your thing, then stick with these movies about politics for teens or  kid friendly Marvel movies!

Next →
The Story Behind Flora & Ulysses - The Birth of Ulysses!
Click here to cancel reply.

[…] friendship is tested when they start lying to each other, these Barb and Star quotes remind us this Valentine’s Day that we can love each other with all our farts. Check out this Barb and Star Parents Guide to see […]

Is To All the Boys: Always and Forever Kid Friendly? Parents Guide

[…] sex, but there’s a more mature and serious tone than the first two. Fans of the original To All the Boys I’ve Loved Before will want to watch the conclusion of this trilogy. Here’s what parents need to know in this […]