Who doesn’t love a good John B moody quote from Outer Banks? Outer Banks on Netflix is a popular mystery drama about a group of teens from the Outer Banks, North Carolina. These Pogues are on a quest for answers, so enjoy these Outer Banks quotes!

What are Pogues and what are Kooks? Well they are basically the haves and the have nots of the Outer Banks. Like John B says, “Two tribes, one island.” Some of these Outer Banks quotes from favorite characters like John B, JJ, Pope, and Sarah describe their way of life.

Check out my Outer Banks Parent Guide if you want to know if this TV-MA show is appropriate for teens.

The Outer Banks, paradise on Earth. It’s the sort of place where you either have two jobs or two houses. Two tribes, one island.  -John B

Can we drop the whole Pogues versus Kooks thing? -John B

You hang out with trash, you get dirty. -Mr. C

We’re the Pogues and our mission this summer is to have a good time, all the time. -John B

Kids are gettin’ weirder every year.

Denial’s underrated. You should try it sometime. It’s highly effective, and it’s only denial if you’re wrong. -John B

You love being seen with me, but you don‘t love me. -Sarah

What are some of your favorite Outer Banks quotes? Drop them in the comments below?

Other Movie and TV Show Quotes:

Dead to Me Season 2 Quotes

The Rise of Skywalker Quotes

Never Have I Ever Quotes 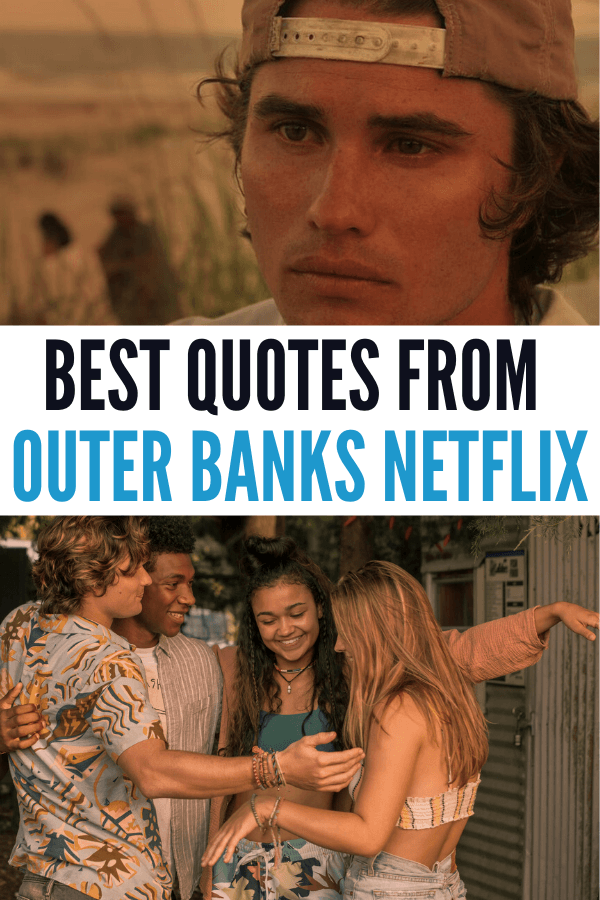