If you’re active in the Disney community, then you’ve probably heard about great deals and finds people snag at Disney Outlets in Orlando. There are 2 major Disney outlets (Disney Character Warehouse) in the Disney/Universal area where you can find official Disney park merchandise at a fraction of the cost.  This is the best Disney outlet closest to Disney World that I’ve found plus updated pictures of Character Warehouse merchandise. 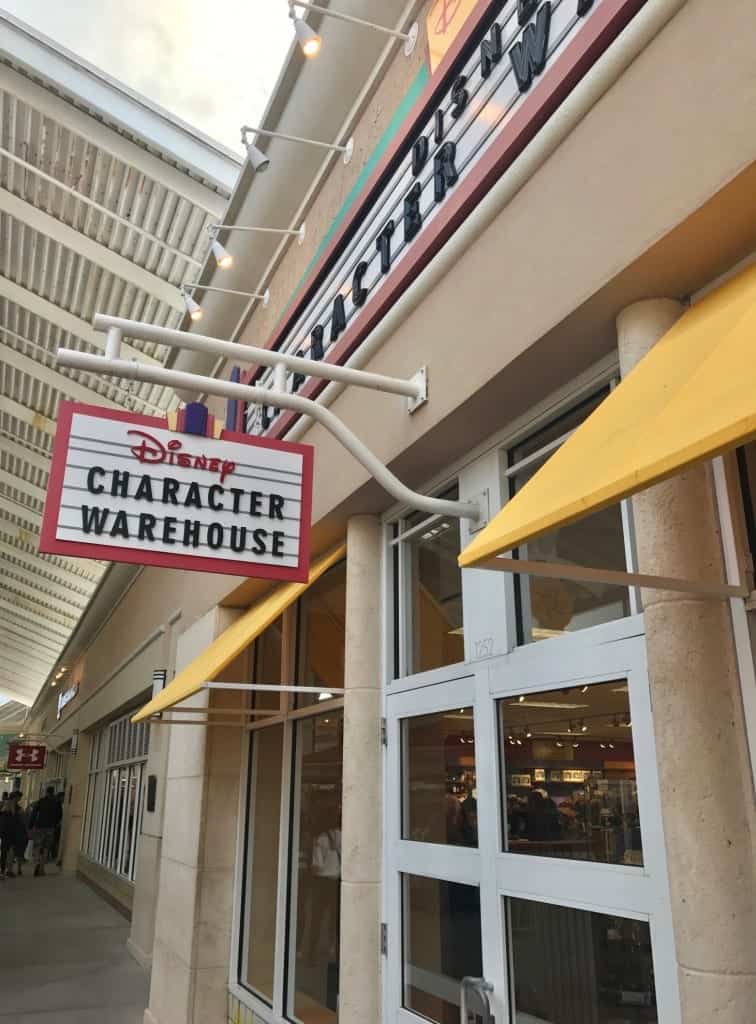 Where are the Character Warehouse Outlets in Orlando?

The two official Disney outlets by Walt Disney World are Character Warehouses at the outlet malls. One is by Disney Springs, the other is by Universal Orlando. Do not mistake a sign on a shady building that says Disney gifts for actual Disney outlets.

You can find merchandise at 30%, 50%, 70%, even 80% off retail price at the Disney outlets, including Disney Dooney & Bourke purses and Loungeflys! Sometimes Walt Disney World souvenirs put a hole in the budget, so this is a great way  to save some money for your Walt Disney World vacations.

The merchandise in the Character Warehouses vary and come and go, so just because a cool Dooney was there one day doesn’t mean it’ll be there the next. Due to some shortages, the merchandise at the outlets haven’t been as great as pre-Covid, but they are starting to get better things! They are worth a shot if you’re taking a rest day, and need some cheaper Disney souvenirs.

This is the Disney Outlet by Disney Springs:

It’s located behind the Food Court in the center of the outlets.

They did have some good deals. Here are some pictures of some of the merchandise I found October 2022. The larger Dooney and Bourke purses at the Disney Outlets ranged from around $135-$178.

That Haunted Mansion Dooney and Bourke really caught my eye!

They even had Loungeflys at 50% off!

There was a lot of merchandise to be found at 50%-60% off. I saw t-shirts, Star Wars spirit jerseys, Marvel Loungeflys that were about 40% off. They even had some Christmas merchandise, Disney Dooney & Bourke bags, costumes, some pins, airpod cases, phone cases, Stitch and Winnie the Pooh Home merch, and Nuimos clothing and accessories for $1.99!

I have found this Character Warehouse to be better. It’s smaller, but there is more of a selection. However, the closest Disney Outlet to Walt Disney World is the one on Vineland Avenue.

It was about a 10 to 15 minute drive from the other Character Warehouse. It’s also located by the food court and next to The GAP. The parking is kind of a pain in the butt, but it can be worth it for good finds. 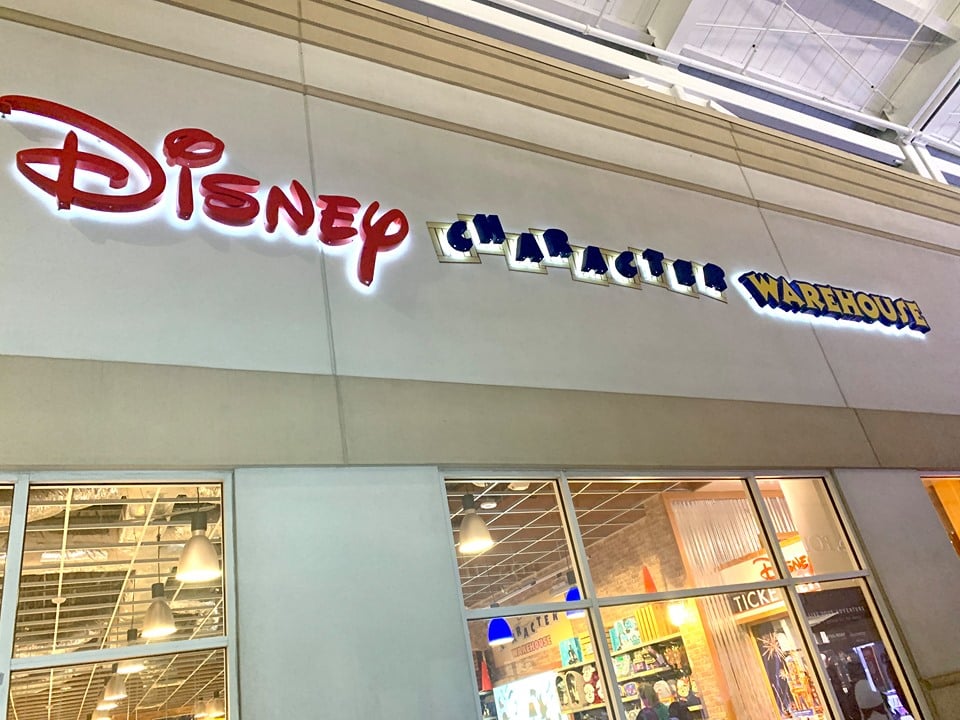 The Winter Coats were about $50.

Perhaps the greatest deal is on Disney Nuimo clothing. Those outfits are like $15-$22 and all the Nuimo clothing (including spirit jerseys) and accessories were $1.99!

They had some of the same Dooneys as the other Character Warehouse, but they also had the Mickey and Minnie’s Runaway Railway Loungefly that is so cute! A guest had asked to see all of them to choose her favorite design, so they are not shown in the picture below.

If you don’t have a car, take an Uber or a Lyft. There are inexpensive rideshare options now around the Orlando area. If you think you’ll be spending a ton of money on Disney souvenirs, then try these Disney outlets by Disney World if you have some spare time.

The Disney Outlets in Orlando are worth a look if you have some spare time and are looking to save money. They’re not quite as good of a find as they have been in the past, but hopefully they’ll resume back to their former glory. You can also use a little retail therapy on a rainy day or on a non-park day. We sometimes would leave gifts from Tinker Bell for our kids in the hotel. This is a great place to find inexpensive souvenirs.

I suggest going on a weekday if possible for lower crowds.

If you don’t have much time or want to stay on Disney property, then try Disney Springs to save money on Disney merchandise.

Disney Springs has shops with all kinds of price ranges. A lot of the shops are expensive, but many readers commented that Uniqlo is a great store with great prices! I agree.

Reader Mark says, “The Uniqlo store in Disney Springs offers first-line Disney wear at a fraction of the cost of the flagship store just a stones throw away. The store is like a Japanese version of Old Navy but with much more fashionable stuff including a huge selection of anime- inspired Tshirts.”

We have purchased dresses, t-shirts, and sweatshirts for my daughters at low prices.

I also like to purchase souvenirs for my daughters’ friends at Basin. We usually buy bath bombs and soaps there for their friends that are less expensive than Lush, and they have a Disney touch! We love the bath bombs with Mickey heads in them. Plus, it smells delightful.

Have fun shopping in Orlando at the Disney outlets! If you’re here for Food & Wine Festival with kids, check out Remy’s Scavenger Hunt or the Eat to the Beat Concert Series!

I WAN TO BUY A CINDERELLA OR SNOW WHITE BACKPACK AND PURSE. HOPEFULY UNDER 50.00 EASH

Can you make online purchases from the outlet stores?

Not the Character Warehouse stores, because merchandise is constantly being changed out. They don’t have a website.

[…] if you’d like to save even more money on souvenirs, here is the best Disney outlet closest to Walt Disney […]

Hi, how do you get an additional 20% off clothing discount?

The last few times I went to the outlet by Universal Studios, there was a sign in the window that had the offer. It was automatic.

Can you tell me what's the best day of the week to shop at the Character Warehouses?

Honestly, the one by Universal is busy all the time, every day of the week. If you really only want to visit that store and don't have other shopping to do, I'd get there at least 20 minutes before the store opens. I recently arrived right at opening time and was 23rd on the virtual queue list. It took a little over an hour for me to get the notification to come back to the store.