Sometimes you can’t help but take joy when a team like the Dallas Cowboys loses. Mama, don’t let your babies grow up to be Cowboys. Here are some of the funniest Dallas Cowboys losing memes online. The way that game against the 49ers ended was just sad, but also kinda ridiculously funny. 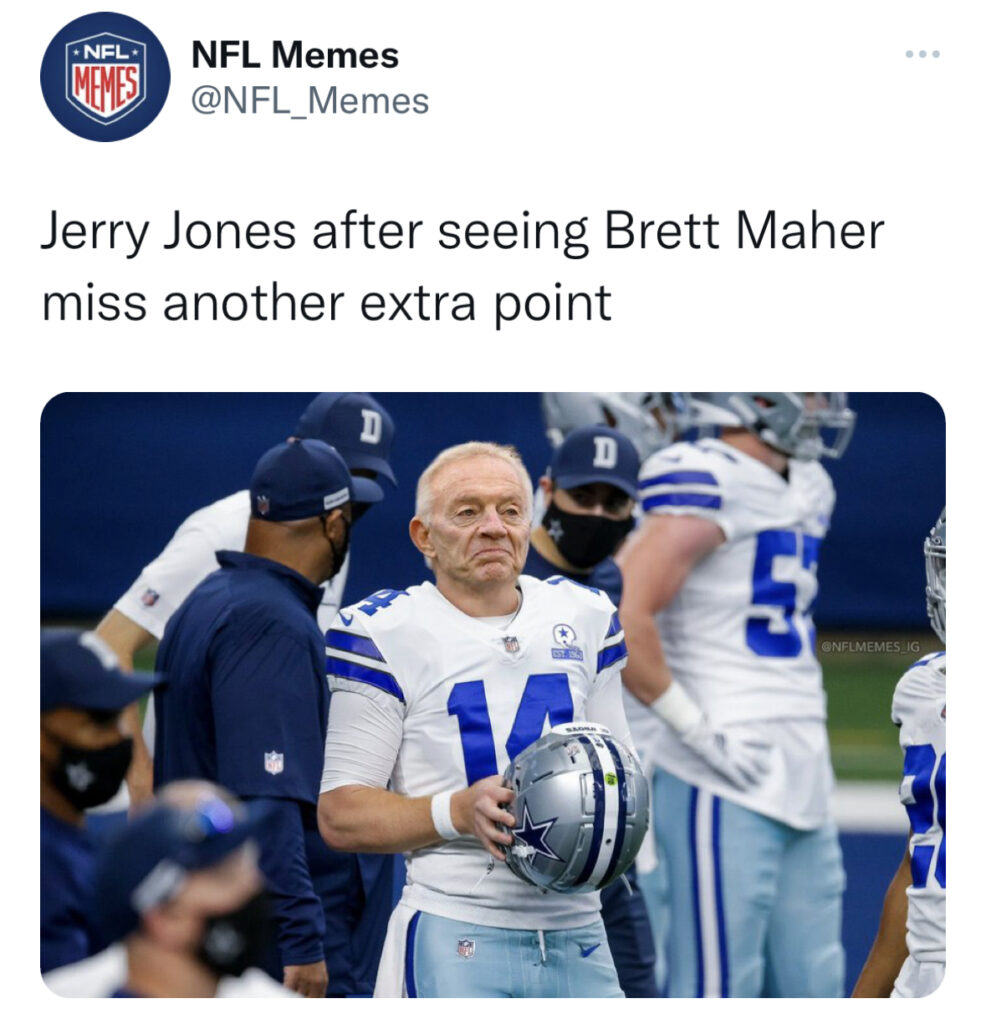 Cowboys fans thinking they have a chance every year pic.twitter.com/riQ9ly7ovM

I do feel kind of bad for the fans. They’ve been going through it.

Give it to the Cowboys, they know how to finish playoff games in the funniest way possible

BRETT MAHER HAS MADE A KICK pic.twitter.com/E2JJfHkbPl

The Cowboys giving us a chance to have their season somehow end more hilariously this year than last year. You gotta respect it.

Dak Prescott when the Cowboys need him most against the 49ers #DALvsSF pic.twitter.com/4GZshvwnbp

Another season ends in disappointment for the Cowboys 🥺 pic.twitter.com/Xzv4jrdUlK

Stephen A. Smith and Shannon Sharpe watching the Cowboys get eliminated from the playoffs pic.twitter.com/WtLGFqEnaJ