Home » Entertainment » Be Our Guest Event in L.A. – All the Details!

Be Our Guest Event in L.A. – All the Details!

Last month I announced on my Facebook page that I was headed to Los Angeles for the Be Our Guest Event that included interviewing some of the talent from the new live-action Disney film, Beauty and the Beast! I’ve been on Cloud 9 since, and now I can share a lot of the details with you! 24 bloggers and I will head to L.A. March 4 -7, to not only screen Beauty and the Beast, but a lot of other shows, too! It’s going to be a jam-packed few days.

BEAUTY AND THE BEAST

We got a list of who we’ll be interviewing, and I’m swooning, but trying to keep it professional. But inside I’m swooning and dying and counting my lucky stars that I’ll be in the same room with people I’ve admired for a long time! Check out who’s on the list.

For obvious reasons I’m extremely excited. However, aside from it being a cool experience to be in a room with celebrities, a lot of these talented artists have influenced my life for the better. I can’t even begin to tell you how many songs Alan Menken composed to get me through hard days, songs that I sing with my daughters as we dance around the living room, songs that put a smile on our faces.

So please, if you have any questions you’d like me to ask any of them about the film, please email me, message me, comment, tweet me, whatever! And sorry, as much as I want to ask Josh Gad about what Daisy Ridley told him about The Last Jedi, I can’t. Unless I run into him in the hallway or something 😉

TANGLED: THE SERIES AND TANGLED EVER AFTER

We’ll also get a special screening of the Disney Channel Original Movie “Tangled Before Ever After” (premieres Friday, March 10th at 8/7c) followed by an intimate Q&A with Executive Producer Chris Sonnenburg and Supervising Producer Ben Balistreri. The TV movie, which kicks off the highly-anticipated premiere of “Tangled: The Series” (debuting Friday, March 24th at 7:30/6:30c), unfolds as Rapunzel acquaints herself with her parents, her kingdom and the people of Corona. Her irrepressible spirit and natural curiosity about the world lead her to realize that there is so much more she needs to learn about the world and herself before she can assume her role as Princess of Corona.

Rapunzel is my favorite princess (sorry, Belle) and she reminds me a little of myself. A bit naive at first, but a girl who has a dream and can take care of herself. I can’t wait!

Also on the agenda is a special In-Home MOANA presentation (available on Digital HD on 2/21 and Blu-ray on 3/7). I’ve had a sneak peek of the Bonus Features and one of my favorite Disney Shorts, “Inner Workings” is on there! We pretty much have “How Far I’ll Go” on repeat.

Did you guess screen Born in China? Because if you did, you’re right! Some friends were able to see it already during Disney Social Media Mom Conference, and I’ve heard nothing but rave reviews. I love Disneynature films.

We’ll screen an episode from Season 2 and sit down for a Q&A with some of the cast of ABC’s The Catch! This thriller from the minds of Shonda Rhimes and Betsy Beers features Mirelle Enos as Alice Vaughan, a strong and successful private investigator. Things take a turn when Alice is expertly conned by her fiance, who disappears with millions. While juggling her other cases, Alice plays a dangerous game of cat and mouse, determined to find her evasive fiance before he destroys everything she has worked for. Rhimes and Beers also serve as executive producers alongside Allan Heinberg and Julie Anne Robinson.

I’ve watched Season 1 twice now. Give me Season 2!! I need all the answers, please.

We also have a special screening of Disney XD’s “Milo Murphy’s Law” (new episodes debut beginning Monday, March 6th), followed by a Q&A with creators and Executive Producers Dan Povenmire and Jeff “Swampy” Marsh (of the Emmy Award-winning animated series “Phineas and Ferb”). “Milo Murphy’s Law” is an animated comedy series that follows 13-year-old Milo Murphy, the fictional great-great-great-great grandson of the Murphy’s Law namesake. Milo is the personification of Murphy’s Law, where anything that can go wrong, will go wrong.

I’m extra excited about this one! We’ll see a preview of Disney Channel’s upcoming series “Andi Mack” (premieres early spring 2017) followed by a Q&A session with the series’ stars, creator and executive producer. “Andi Mack” is a contemporary, coming-of-age story about a relatable girl who’s trying to determine where she fits in — and the many amazing ways she can live her life. Andi has been raised to live on the safe side but on her 13th birthday, she takes off the proverbial training wheels and eagerly goes headlong into her teenage years. At every twist and turn, she’s anchored by a loving albeit complicated family and her loyal best friends, Cyrus and Buffy.

I have 5 girls, and my oldest is 12 who will turn 13 this year. It hits really close to home. Not only do my girls love all things Disney Channel, they especially love the tween shows. I have a feeling this one’s going to be a hit, so my kids may be a little envious that I’ll get to meet the stars of the show. Maybe I’ll get some cool mom points out of it!

“Imaginary Mary” (sampled on Wednesday, March 29th at 8:30/7:30c followed by its time slot premiere on Tuesday, April 4th at 9:30/8:39c),  is the newest ABC comedy about a fiercely independent career woman (Jenna Elfman) whose life is turned upside-down when she meets the love of her life – a divorced father with three kids. This triggers even more upheaval when the slightly unhinged imaginary friend (voiced by Rachel Dratch) she created as a child suddenly reappears to help her navigate the transition from single girl to a woman ready for a family.

We’ll watch the pilot and have a Q&A session with Jenna Elman, Stephen Schneider, and Executive Producers David Guarascio and Patrick Osborne.

It’s baby shower time! We’ll attend a “baby shower” luncheon (how fun is that?) and Q&A with the cast of Freeform’s “Baby Daddy” (season 6 premieres Monday, March 13th at 8:30/7:30c)! Spoiler alert – The baby shower will celebrate the pregnancy of Danny and Riley, who found out in the season five finale that they were expecting. The season six premiere will pick up three months after the finale, and Ben is still enthusiastically searching for the mysterious Elle. Danny and Riley are hunting for a good doctor to help with the pregnancy, and Bonnie desperately wants to be involved. Tucker is back from Los Angeles, but he refuses to tell anyone what happened while he was there.

When there are happy dances going on in a show, it’s a winner in my book!

We are going to be BUSY. I’m seriously giddy with excitement though. I need to pack, so I’m taking wardrobe suggestions, too! Follow along with these hashtags during the Be Our Guest Event (#BeOurGuestEvent)! I’ll be tweeting all weekend, sharing on Facebook, and Instagram at @LolaLambchops!

Hit me up with all your questions!

Thank you, Disney, for inviting me and providing travel and accommodations! 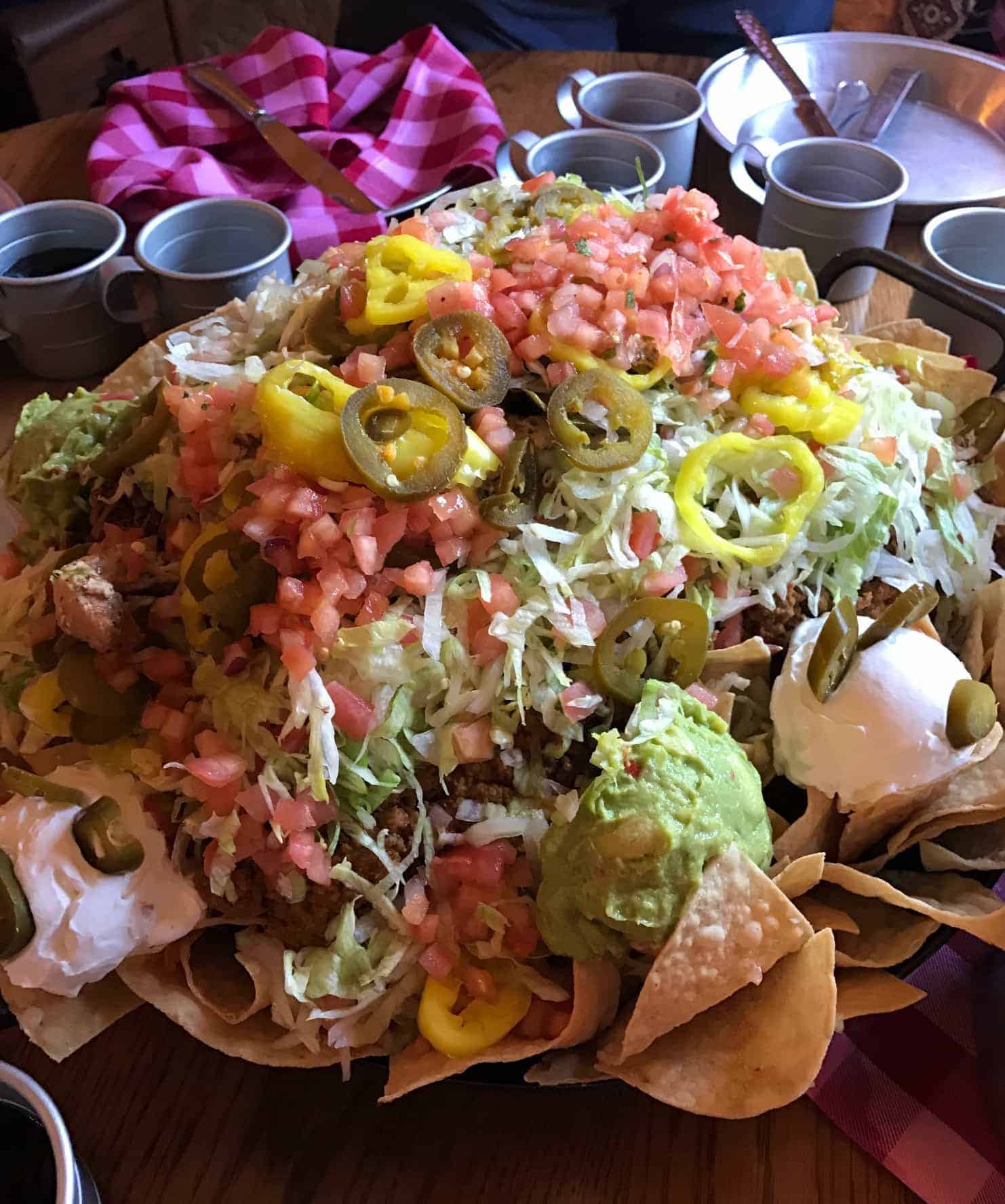 Holy cow! You are going to be busy getting all the scoop! Can't wait to follow along!